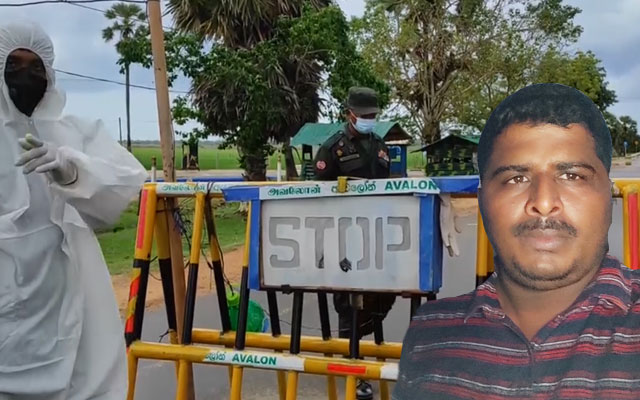 Tamil journalists who are still being subjected to various incidents of harassment by the authorities in the Mullaitivu district in the Northern Province have now been barred from travelling on official duties.

Although journalists have been permitted by the police to travel even during periods when islandwide travel restrictions are in place, a group of journalists from surrounding areas who were on their way to Mullaitivu last weekend to gather news had been stopped at a checkpoint near the third mile post in Watrapalai.

More troops have been deployed in the war-torn Mullaitivu district than in any other part of the island, including the city of Colombo.

However, other commuters falling under essential services were allowed to cross this checkpoint, which was probably set up as a measure to monitor movement.

It is only the Tamil journalists who have been barred from carrying out their journalistic duties. When Shanmugam Thavaseelan, a reporter for Hiru TV had informed the troops that he had been allowed by the police to travel on official duty, they had informed him that the Army will not permit him to travel.

The journalist had then contacted the OIC of the Mulliyawalai police station and informed that he had been stopped by the army.

Accordingly, the OIC had called the army officers at the checkpoint and asked them to allow the journalists to travel. The OIC was then informed by army officers that they are following the orders given from ‘the headquarters’.

Video footage captured at the scene shows a soldier refusing to allow the journalists to proceed after they had stated that the police had already permitted them to travel. 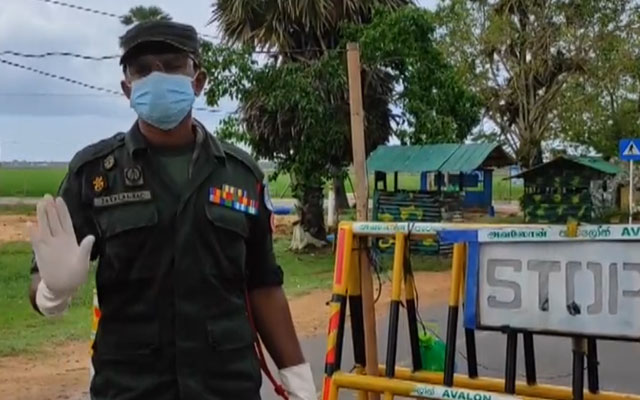 It can be seen in this video that they allow other vehicles to move unchecked although the journalists had been stopped.

After a considerable delay, the army had permitted the Tamil journalists to proceed beyond the checkpoint after recording all their details. The delay had also caused them to miss the event they were scheduled to cover.

Media activists in the North pointed out that the majority of Sinhala journalists do not face such harassment when covering news, even when travel restrictions are imposed.

Many locals in the area including journalists and political leaders have observed that the military has complete control over Mullaitivu while the police have been confined to play a more subservient role.

Restrictions on journalists in Mullaitivu continue to rise and they are constantly subjected to harassment for no apparent reason.

Locals alleged that the army is intentionally obstructing journalists to prevent them from reporting issues such as land grabbing under the guise of archaeological excavations, illegal logging in the forests of Mullaitivu, and various other anti-government protests.