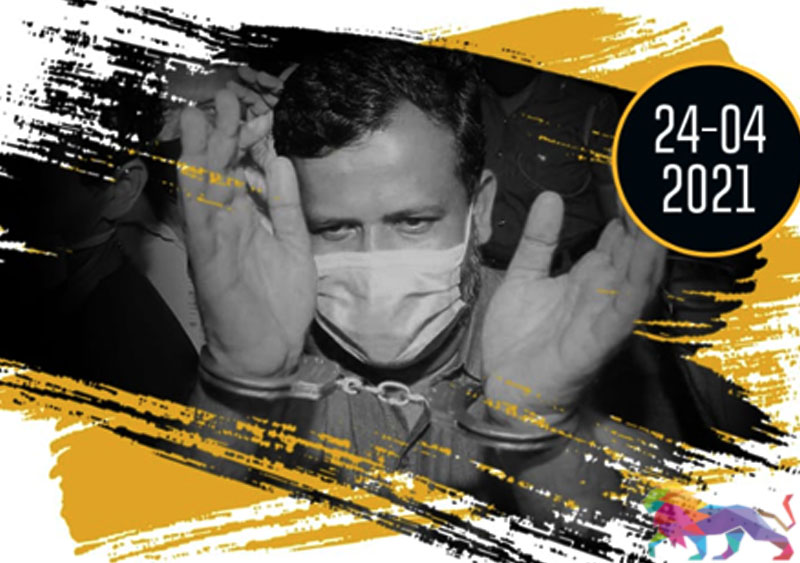 It has been a month since the arrest of the leader of the All Ceylon Makkal Congress (ACMC) and Wanni District MP Rishad Bathiudeen and his brother Riaz Bathiudeen.

The Criminal Investigation Department (CID) arrested the former minister and his brother on April 24 under the Prevention of Terrorism Act for allegedly assisting the terrorists responsible for the Easter Sunday attacks in 2019.

Attorney-at-Law Rushdhie Habib stated that Rishad Bathiudeen was being held for political reasons without any adherence to the Presidential Commission of Inquiry (PCoI) report on the Easter attacks and without consulting the Attorney General.

In the petition, he stated that there was no justification for his arrest and accused the arresting authorities of pursuing his arrest as a means of humiliating him and seeking political vengeance as he is a Leader of a minority community.

He categorically denied any and all involvement in the Easter attacks and rejected all allegations levelled against him.

MP Rishad Bathiudeen arrived in Parliament on May 18 after Speaker Mahinda Yapa Abeywardena announced on May 16 that under the Parliament Privileges Act, he will be allowed to attend Parliamentary Sessions if he wanted to.

“Produce me in Courts and give me the death penalty if I have done wrong. Do not seek political vengeance by keeping me in remand," he added.

Rishad used as a 'scapegoat'

Meanwhile, former foreign affairs and finance minister Mangala Samaraweera said that Rishad Bathiudeen is being used as a "mere scapegoat to divert attention away from the mismanagement and fumblings of Sri Lanka's most inefficient regime."

In a tweet, Samaraweera said that he had known Rishad Bathiudeen since he was a youth member of the SLFP since the 1990s and that he was never an extremist.