Four parliamentarians have not attended a single parliamentary session for the month of April, it is learnt.

This was revealed by 'Manthri.lk ' which evaluates the performance of parliamentarians.

It is notable that three prominent party leaders are also among the MPs that haven't attended a single session last month. 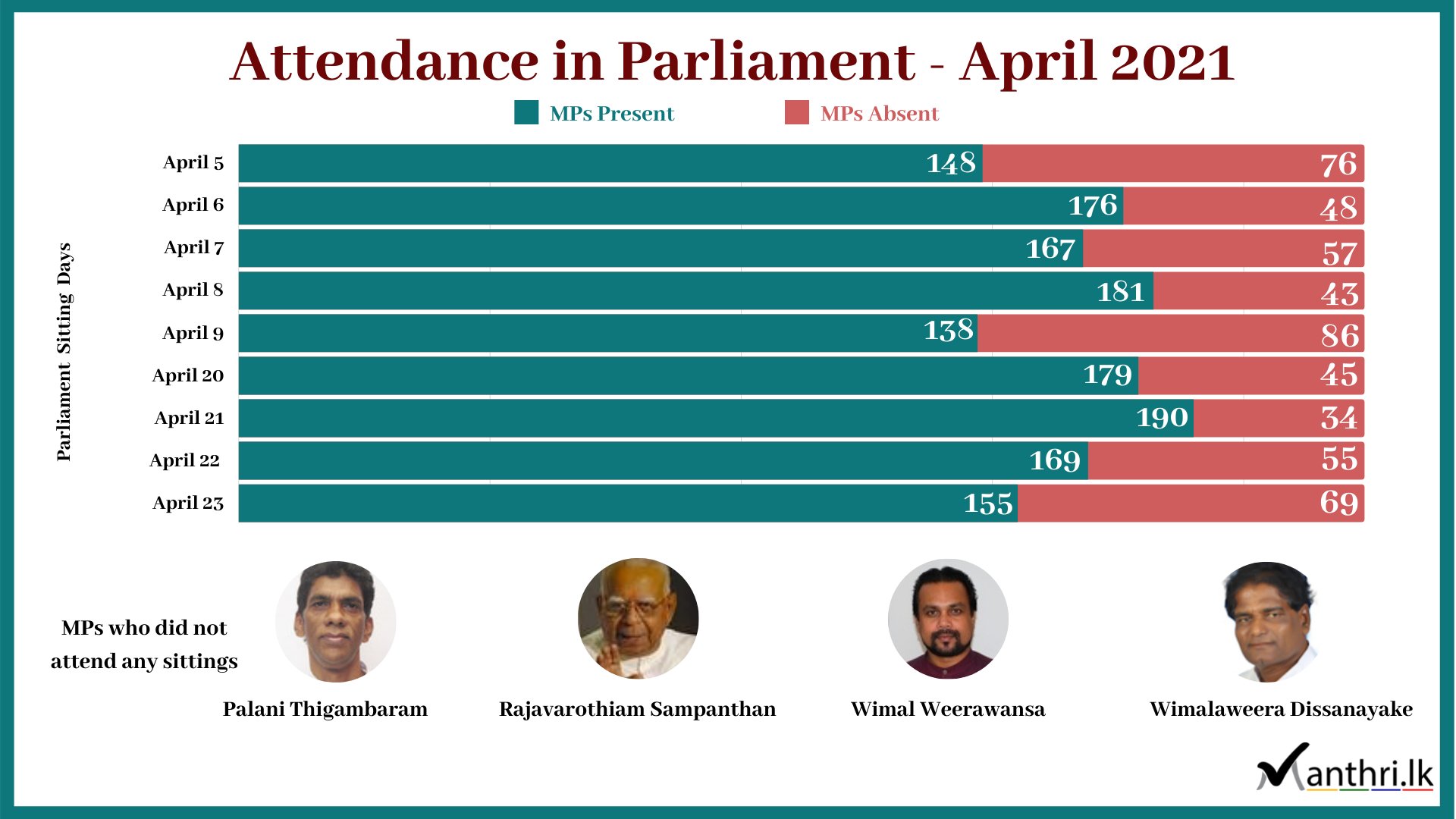