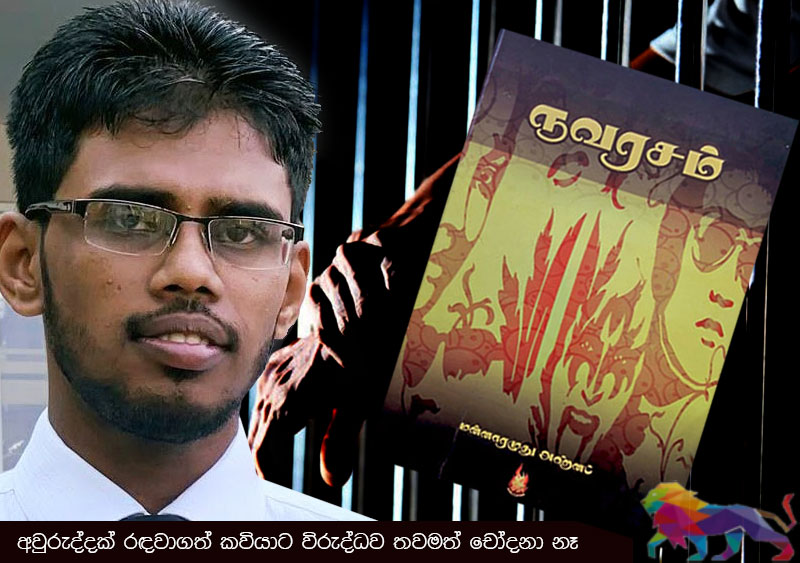 A court in Sri Lanka has allowed terror police to continue with the imprisonment of a Muslim poet who has been denied a hearing until he agrees to confess of being an 'ISIS activist'.

The Colombo magistrate approved the Counter Terrorist Investigation Division (CTID), request to further detain Ahnaf Jazeem, who was arrested over a year ago and been subjected to torture.

Police wanted time to record an incriminating statement from the poet admitting to being an extremist.

Widely known among Tamil readers as Mannaramudhu Ahnaf, the 26-year-old poet was arrested on May 16 last year, falsely accused of promoting Muslim extremism through verse. He is being detained under the draconian Prevention of Terrorism Act (PTA) that permits authorities to extract confessions under torture, which can be submitted as evidence in courts.

"My son is being detained for almost one year now. He never had any extremist thoughts nor will even think of doing any harm to others," his father, Abdul Gafoor Mohammadhu Jazeem, told JDS.

"He was good at writing poetry and also interested in literature. He was promoting peace and social responsibility. As his family, we can swear by it. At a time of severe distress, extending his detention increases our pain and suffering", he added.

The detention order signed by President Gotabaya Rajapaksa is being challenged by court as invalid.

JDS is in possession of the police report to the magistrate claiming the poet and Tamil teacher from Mannar intends to submit a voluntary statement confessing to his involvement in Islam extremist activities.

“The suspect has requested to give a statement that he became interested in Muslim extremism after he was attracted to the activities of the ISIS terrorist organization, when he was a student at the Beruwala Jalia Naleemiah institute of higher studies,” said the report.

In the report on December 11, CTID had requested the judge to “consider the suspect’s request” and grant permission to detain him “so that his statement can be recorded”. 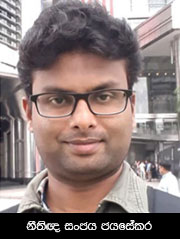 The claim by CTID is categorically rejected by Ahnaf as a blatant lie. He has never made a request to provide such an incriminating statement, say his lawyers. Four months since the claim, police are yet to furnish a statement by Ahnaf Jazeem.

“CTID is stuck with being unable to substantiate the false accusations concocted by the police,” Attorney at Law Sanjaya Wilson Jayasekara told JDS.

“That is why they are submitting such a report containing a blatant lie after detaining him for many months. This is a brazen violation of the law. But the most worrying issue is the court not taking that into consideration”.

Throughout his detention without trial, Ahnaf Jazeem had been subjected to physical and psychological torture, according to his family and his lawyers. The lawyers have also complained to the Bar Association of Sri Lanka (BASL) that proper legal access is denied and that TID has “converted lawyers appearing for detainees to be objects of their investigations”.

“From the date of his arrest for around two weeks Ahnaf Jazeem had been handcuffed to a chair at all times,” says a fundamental rights (FR) petition to the Supreme Court of Sri Lanka on April 10.

“Thereafter, the time period he was handcuffed was reduced. However, for the most part he is kept handcuffed to the chair or both his hands cuffed together. Even when sleeping Ahnaf Jazeem’s hand is handcuffed to a table. This had caused him severe pain in his arm and Ahnaf Jazeem had complained about this to the Officers under the 3rd Respondent several times, to no avail.”

The poet had also been bitten by a rat.

The third respondent is CTID Director Prasanna de Alwis, under whose direction and supervision the poet had been arrested and detained. Senior Superintendent of Police (SSP) Alwis has been described as a “well known alleged torturer”. Systematic torture carried out when Prasana de Alwis was based in Terrorist Investigation Division (TID) headquarters, has been documented by multiple United Nations bodies. TID changed its name to CTID recently.

When Ahnaf Jazeem had unwaveringly refused to confess despite immense pressure, SSP Alwis had Intimidated his father, in order to force the son into submission.

'It is at and when he was in Naleemiah that your son learnt (Muslim) extremism. More than 15 students have given statements saying that your son taught extremism to them. Your son is a young educated man. He is only 24 years old. He has a bright future. If he admits what I say, I will make him a state witness and release him. Otherwise, he will be in remand for another 10 to 15 years," SSP Alwis had threatened the father of the poet.

Under PTA, an order to detain must be issued by the minister of defence. Lawyers are challenging the legitimacy of Ahnaf Jazeem’s detention signed by president Gotabaya Rajapaksa, in the absence of a defence minister in the country.

On 1 April 2021, the Human Rights Commission of Sri Lanka (HRCSL) had written to the CTID director requesting a report on Ahnaf Jazeem in detention by April 8. The request was made following a complaint filed by the Young Journalists Association (YJA) to the HRCSL demanding information on the well-being of the poet.

Neither HRCSL nor CTID has yet confirmed that such a report was submitted.