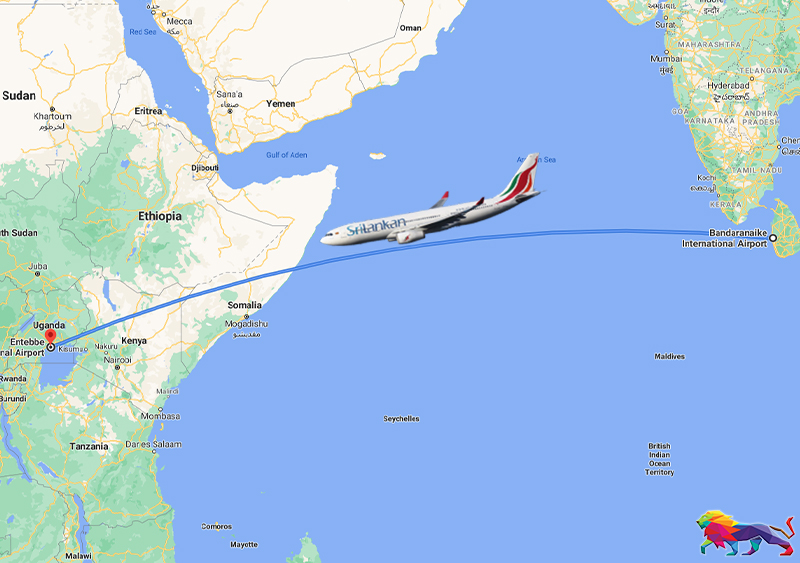 A trip planned by a group of VVIPs to the African continent during the end of April and early May has created a buzz in the political circles.

However, confirmation of dates for the trip has been delayed due to several reasons including the surge in Covid-19 cases in the country, it is learnt.

An English newspaper earlier last week reported of a move by the national carrier to sponsor a VVIP flight to Kenya during the end of the month.

Meanwhile, it is learnt that SriLankan Airlines is to commence flight operations to Nairobi in Kenya, which will be its second destination in East Africa after flying to Seychelles.

Accordingly, SriLankan Airlines is to commence its flights to Nairobi every Thursday using an Airbus A330 configured for 269 economy and 28 business class seats.

The frequency of operation will be once a week.

Nairobi is located strategically with land and air connections to a wider catchment area that include Uganda, Ethiopia, Tanzania, Rwanda, Malawi, Zambia and Madagascar.

It is in this background that it is also learnt that the respective VVIP is also considering a visit to yet another friendly state in the African continent – Uganda.

However, a final decision on the trip to Uganda has not yet been reached.

It is interesting to note that a few months earlier, a load of ‘printed matter’ was transported by the national carrier to the Entebbe Airport in Uganda.

It was the first time that SriLankan Airlines had flown to Entebbe.

A tweet by SriLankan Airlines had stated at the time: “#SriLankanCargo made history today by operating three consecutive cargo charter flights to Entebbe International Airport in Uganda uplifting over 102 metric tonnes of printed matter.”

Meanwhile, the Airline Pilots Guild of Sri Lanka had tweeted: “SriLankan Airlines made history today by operating three consecutive cargo flights to Entebbe in Uganda. They safely carried more than 100 tonnes of cargo to the African nation.”

However, it was also reported at the time that the crew to carry out the mission was handpicked and the entire operation was coordinated by the husband of a female parliamentarian of the governing Sri Lanka Podujana Peramuna (SLPP) representing the Gampaha District.

The respective parliamentarian, it is also learnt, is closely associated with a VVIP family.