A police bid to cover up torture in detention in Sri Lanka was exposed when the victim – a journalist – cried foul in court.

Freelance photojournalist and political activist Malika Abeykoon told court that police had fabricated medical evidence when they produced him after a night of brutal torture in custody.

In recent months Sri Lanka has seen an upsurge in intimidation against Tamil journalists in particular, which now seems to have reached the south as well.

Malika Abeykoon was arrested on Wednesday (7) while covering a health workers’ protest in the capital. 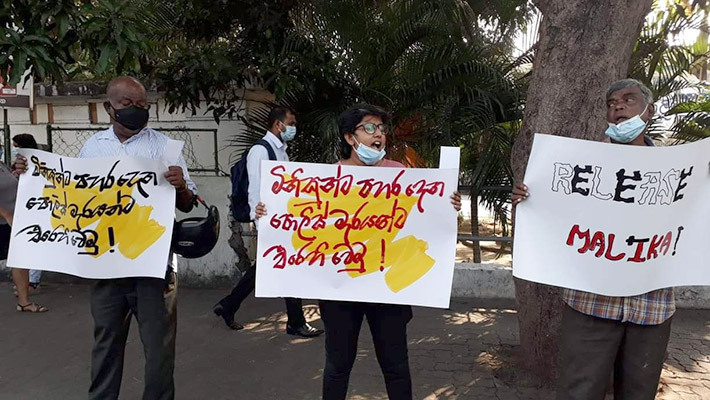 When he was brought before the Maligakanda magistrate on Thursday (8), police submitted a medical report apparently signed by a Judicial Medical Officer (JMO) claiming that the journalist had no injuries.

The journalist who was visibly in pain screamed that the JMO has given a false record and removed his shirt so that the judge could see the bruises and scars he had received the night before in the Maradana police station. He told the magistrate that he is unable even to squat as a result of the police assault.

He had not received any medical attention while being held at the police station.

As the judge ordered him to be further remanded in custody and provide a new medical report from the prison hospital, Abeykoon collapsed inside the courtroom. The members of the health workers union present at the hearing quickly administered first aid to the journalist, who was later hospitalised.

He is to appear before the judge on Monday (12).