Leaders of eleven parties of the ruling government coalition have agreed to meet Prime Minister Mahinda Rajapaksa and make a decision on the upcoming provincial council election.

The meeting between the party leaders and the Prime Minister is scheduled to be held on April 19 at 10 a.m.

These eleven party leaders first came together to oppose the government's move to hand over the Eastern Container Terminal of the Colombo Port to an Indian company and have met once a month at their respective party headquarters since then.

This is the first time that former President Maithripala Sirisena has joined the discussions. Prior to this, State Minister Dayasiri Jayasekara was the representative of the SLFP at these meetings.

At yesterday's meeting, the leaders have not discussed the possibility of conducting separate May Day rallies. However, the Wimal Weerawansa faction hopes to reach an agreement with the Prime Minister in this regard as well. 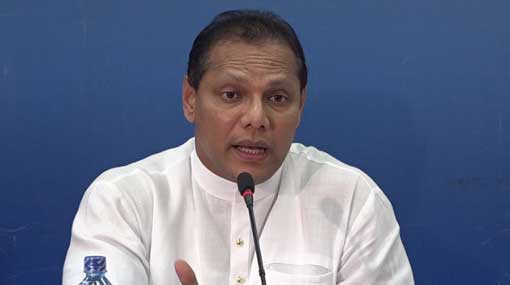 "We will not allow to break this coalition and build another" : SLFP General Secretary

Meanwhile, SLFP General Secretary, State Minister Dayasiri Jayasekara said that neither the SLFP nor any other party of the ruling alliance has a need to splinter the SLPP led government coalition and form a new one.

Jayasekara expressed these views at a media briefing held in Colombo recently.

The SLFP General Secretary stressed that there was no truth to the claims that several parties representing the ruling alliance were engaged in discussions to form a separate alliance.

Minister Jayasekara emphasized that no one wanted to break the current alliance, adding that the representatives of around ten parties met and conducted several rounds of discussions in the recent past on certain issues.

He reiterated that this should not be viewed as an attempt to break the alliance but as a process that would actually help to strengthen the government.

He further said that their objective is to do what is right by the 6.9 million voters and not to cause any inconvenience to the government.