Reigning Mrs. World Caroline Jurie has been arrested and produced before court after giving a statement to the Cinnamon Gardens Police over the incident which transpired at the Mrs. Sri Lanka pageant.

Meanwhile, it is reported that final scorecards of the panel of judges at the recently concluded Mrs. World Sri Lanka 2021 held at the Nelum Pokuna Theatre have gone missing. 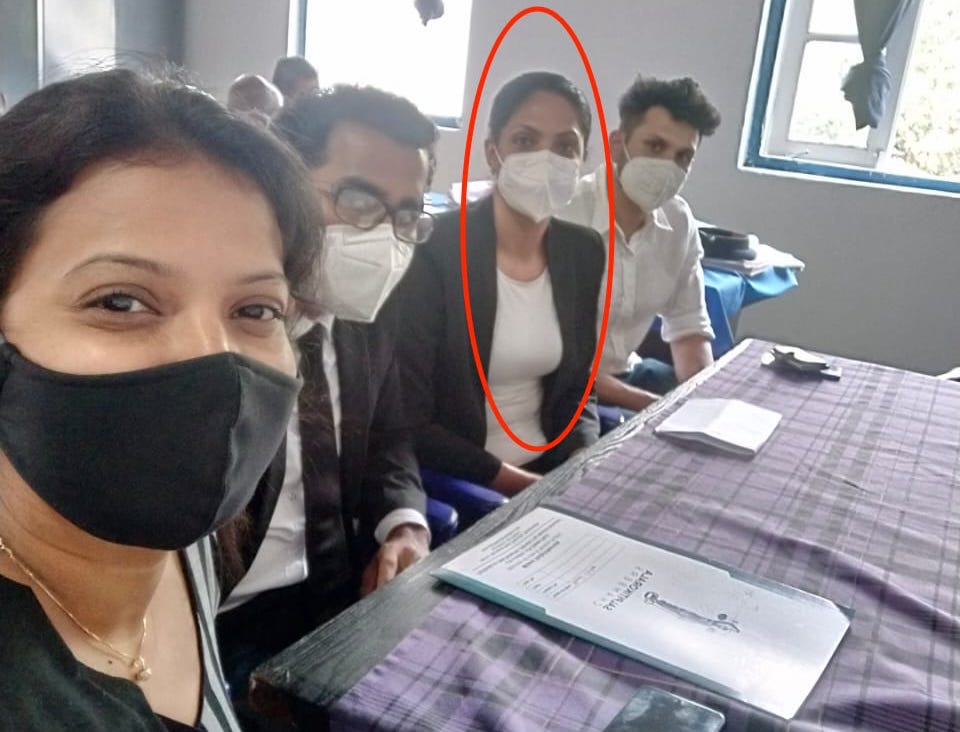 This was revealed during the investigation conducted by the Police following a complaint filed by Pushpika de Silva, the winner of the Mrs. Sri Lanka pageant, against the reigning Mrs. World, Caroline Jurie, for forcibly pulling off the crown and bestowing it on the runner-up. 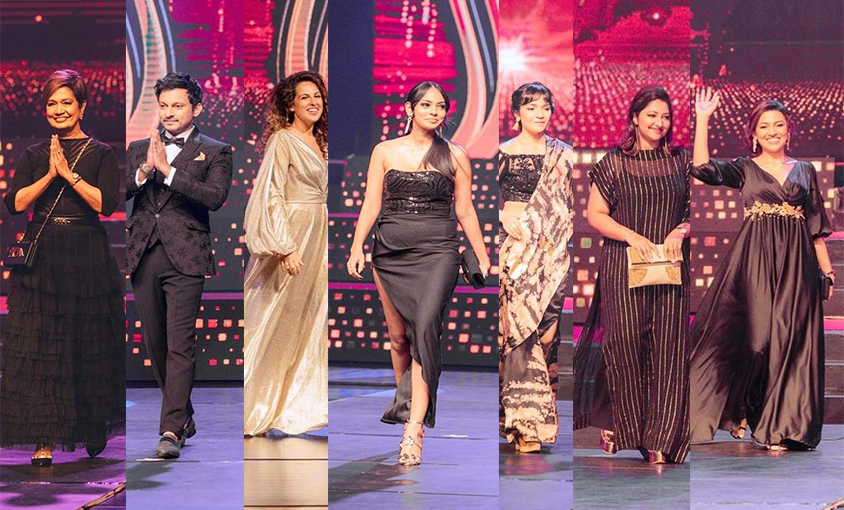 However, it was reported that two days before the final event on April 4, Caroline Jurie had recused herself from the panel of judges and had also informed Mrs. World Inc., the governing body responsible for conducting the international beauty pageant in this regard.

It is also said that she had informed Mrs. World Inc., about various external elements exerting pressure on the panel of judges and that certain regulations of the pageant were being violated. However, it was reported that she had not received a positive response from the governing body.

There are allegations that this year's Mrs. Sri Lanka beauty pageant was conducted with the intervention of powerful political figures associated to the government. It was observed that many contestants had close connections to government bigwigs.

Rishini Weeraratne and Chandimal Jayasinghe were responsible for organising this year's edition of the beauty pageant.

The reason for Caroline Jurie's exit from the panel of judges has not been disclosed yet.

The unfortunate incident that took place during the beauty pageant has now garnered widespread international coverage.

Many have opined about the incident on social media.

Editor-in-chief of the 'Colombo Telegraph', Uvindu Kurukulasuriya, posted the following on his Facebook page: 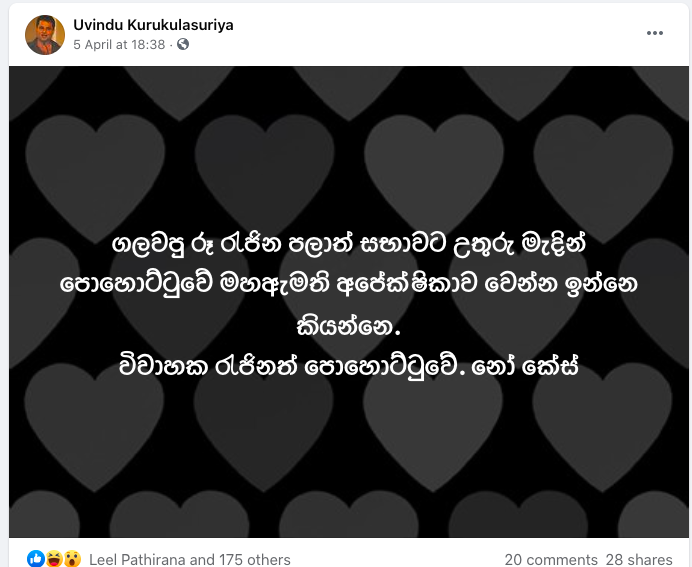 Meanwhile, popular social and political critic Mahesh Hapugoda had this to say. 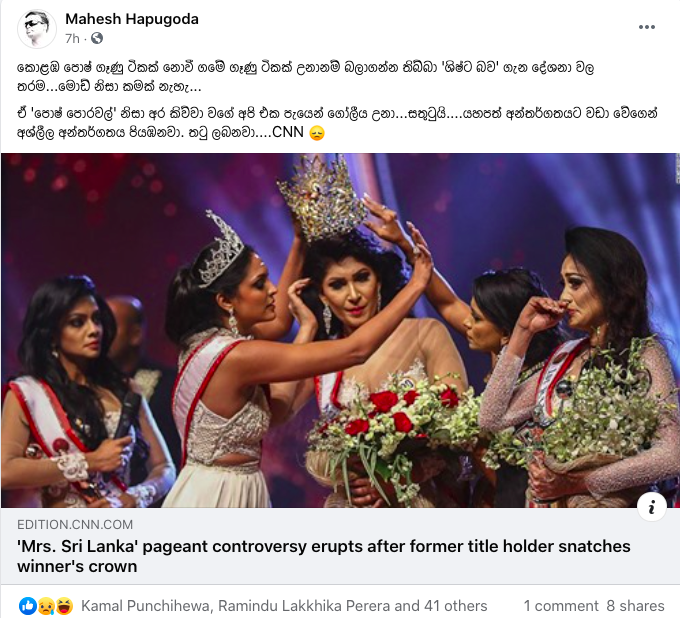