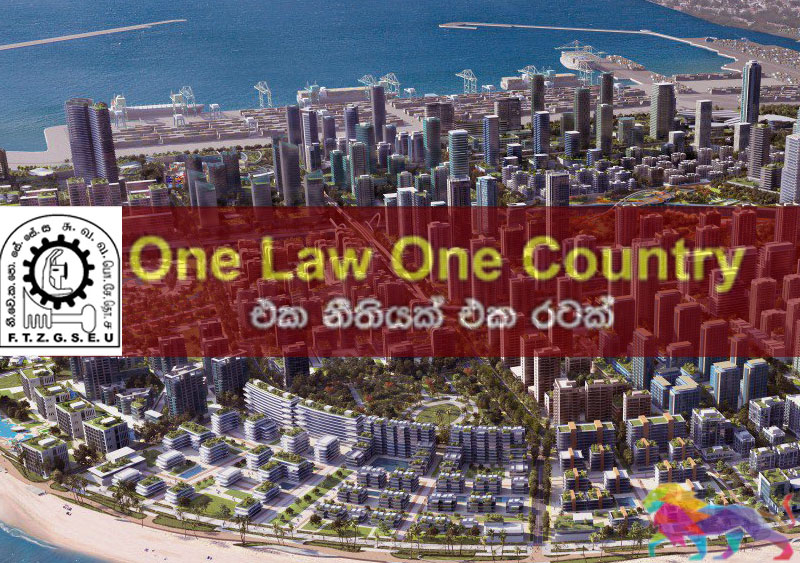 The government’s decision to establish a regulatory management Commission for the Colombo Port City Economic Zone reveals serious deviations and exemptions from “the law of the land”, a premier trade union in the country said.

In a letter addressed to President Gotabaya Rajapaksa and Premier Mahinda Rajapaksa, the Free Trade Zones & General Services Employees Union said that as a responsible trade union, they are seriously concerned over the cabinet decision and the gazette titled “Colombo Port City Economic Commission” dated 19 March, 2021 to establish a regulatory management Commission for the Colombo Port City Economic Zone.

The Colombo Port City Economic Commission reveals serious deviations and exemptions from “the law of the land” negating the often promised “One Country – One Law” by the government headed by President Gotabaya Rajapaksa.

Anton Marcus, Joint Secretary of the Free Trade Zones & General Services Employees Union pointed out in the letter that the draft bill gazetted for the Colombo Port City Economic Commission (CPCEC) provides the proposed Commission the sole power to grant registrations, licences, authorisations and other approvals to carry on businesses and other activities in and from such Zone.

He further noted that the CPCEC would have exclusive powers over the whole of the newly created Colombo Port City (CPC) geographical area, nullifying the following enactments. that have been gazetted and would have no application within the CPC area.

US Dollar to be the main currency 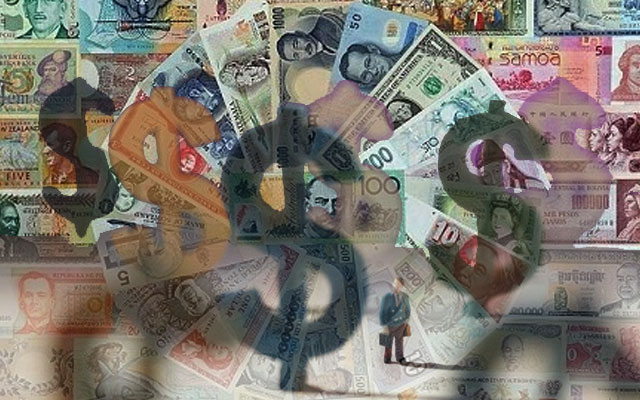 “From all that is provided for in the draft Act, the US dollar seems the main currency with the Sri Lanka Rupee having strict conditional use,” he said.

According to Anton Marcus, the Commission will also have powers to exempt businesses in part or in whole from fourteen Acts listed in Schedule II that provide for income, value added, excise, customs and debit taxes and from ports, airports and export development levies.

It is also said, the Commission can make exemptions from Casino and Gaming laws and from the “Termination of Employment of Workmen Act."

The trade union observed that according to “Section 64(1), concessions and privileges for businesses exclusively decided for “within the zone” can be extended to any part of the country, within 05 years from the date the Commission is legally established.”

In the context of the Commission having powers to exempt or amend labour laws, this is a serious legal provision that could definitely lead to two sets of laws in this country if granted, the union warned adding that it could contradict Article 14A of the Constitution that guarantees fundamental rights and adversely affect the status, rights and privileges of all or most employees in the private sector given the advantage of Section 64(1) of the CPCSEZ Act if adopted as law.

The union also recalled a similar attempt almost 40 years ago when Free Trade Zones were to be established under the Greater Colombo Economic Commission (GCEC) Act.

“Then government of President Jayewardene was restrained from enacting anti-labour provisions in the GCEC Act through trade union interventions. The Supreme Court then decided there cannot be two different sets of laws in the country and the GCEC Act was accordingly amended,” they noted.

Therefore, all such powers in total vested with the CPC Commission allows it to be read as more powerful than a Federal governing authority within a Federal State, the trade union stressed.

The Free Trade Zones & General Services Employees Union called on the government to stop all further actions on the gazetted draft bill for the Colombo Port City Economic Commission, including tabling it parliament and allow at least 03 months’ time for trade unions, other professional organisations and social organisations to discuss the draft bill in detail and make due representations to the government, adding that it is “a right we believe, the people should have.”