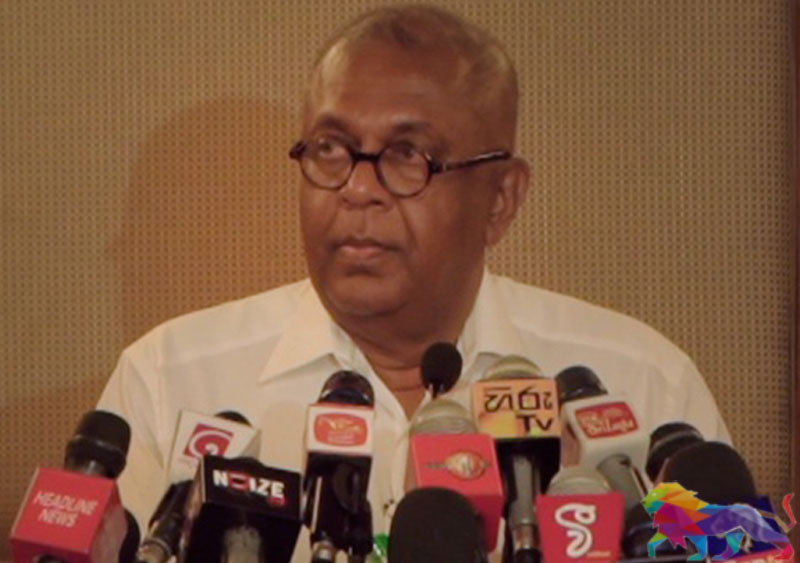 The people of this country should distinguish who the real traitors and the real patriots are and should not be fooled by grandstanding and fall for the same old lies which are being repeated over and over again, former Foreign Minister Mangala Samaraweera said.
At the same time, he stressed that Sri Lanka should focus on using diplomacy and pursue non-confrontational relations with the international community including in international fora such as the United Nations.

Speaking at a media briefing in Colombo on Wednesday (31) regarding the United Nations Human Rights Council (UNHRC) resolution on Sri Lanka, Samaraweera pointed out that criticising your enemies will not help to advance Sri Lanka's interests.

"The government should place its trust on diplomacy and not confrontation. That is step number one, because diplomacy can lead you to all kinds of solutions. However, if you are going to accuse those who are critical of Sri Lanka as enemies, Sri Lanka will not go anywhere. As Sri Lanka has voluntarily become a signatory to all Human Rights conventions passed at the United Nations over the years, we cannot conduct our affairs like Venezuela, North Korea or Eritrea," he noted.

"During the last few weeks, much has been talked about the Geneva resolution which was presented on March 23. I felt it as my duty to speak about this as the Minister of Foreign Affairs at that time when Sri Lanka along with the United States, United Kingdom and 40 other countries co-sponsored the 30/1 resolution on Sri Lanka.

If we are to go back to the beginning, it was on May 23, 2009, just a week after the conclusion of the deadly war with the LTTE, the Secretary-General of the United Nations, Mr. Ban Ki-moon, came to Sri Lanka on the invitation of President Mahinda Rajapaksa.

In the joint communique which was issued at the conclusion of this meeting, the two sides agreed to conduct an inquiry into the alleged war crimes and the alleged human rights violations in the country. 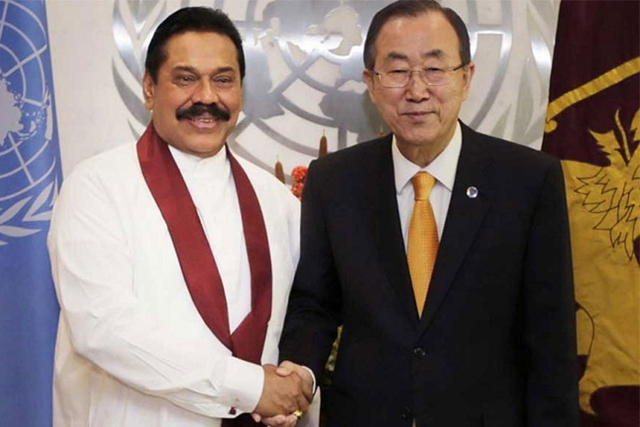 For this Session, Sri Lanka very hurriedly presented a resolution to the UNHRC, the 25/1 resolution of March 2014 on promoting reconciliation, accountability and human rights in Sri Lanka and to undertake a comprehensive investigation into the alleged serious violations and abuses of human rights and related crimes by both parties.

In fact, this resolution, if it would have been implemented, would have been quite good and that is why the majority of the international community hoped Sri Lanka would be bound by their promises and therefore, 29 countries voted in favour with 12 voting against.

Broken promises
In 2009, 29 countries supported Sri Lanka where they even promised an accountability mechanism to look into human rights violations, talked about improving the human rights situation here and even talked about the 13th Amendment for the first time in an international forum like the UNHRC.
They got 29 countries to support them but unfortunately from that point onwards, like all other promises of the Rajapaksa era, they didn't bother to implement many of them.

And that is why the trust within the international community kept decreasing and in 2012, 29 fell to15 in terms of the countries that supported the Sri Lankan government. In 2013, only 13 countries supported us. In 2014, the UN Human Rights Council passed the Sri Lanka resolution by a vote of 23 to 12, with 12 abstentions.

This time, we saw again that our support base has fallen to 21 countries and most of them are autocracies who are more interested in hiding or protecting their atrocities than supporting Sri Lanka.

So it is in this context that I went to Geneva as the Minister of Foreign Affairs just a couple of weeks after the election. My first visit was to meet my good friend and who I call my sister minister, Sushma Swaraj Ji. On the very day I was sworn in, I was in India meeting her and then I went to Geneva to meet the United Nations High Commissioner for Human Rights Prince Zeid Ra'ad Al Hussein.
I made a very special request from him not to go ahead with the 2014 resolution because according to the resolution as the first report of that resolution was to be tabled in Geneva in March, 2015. 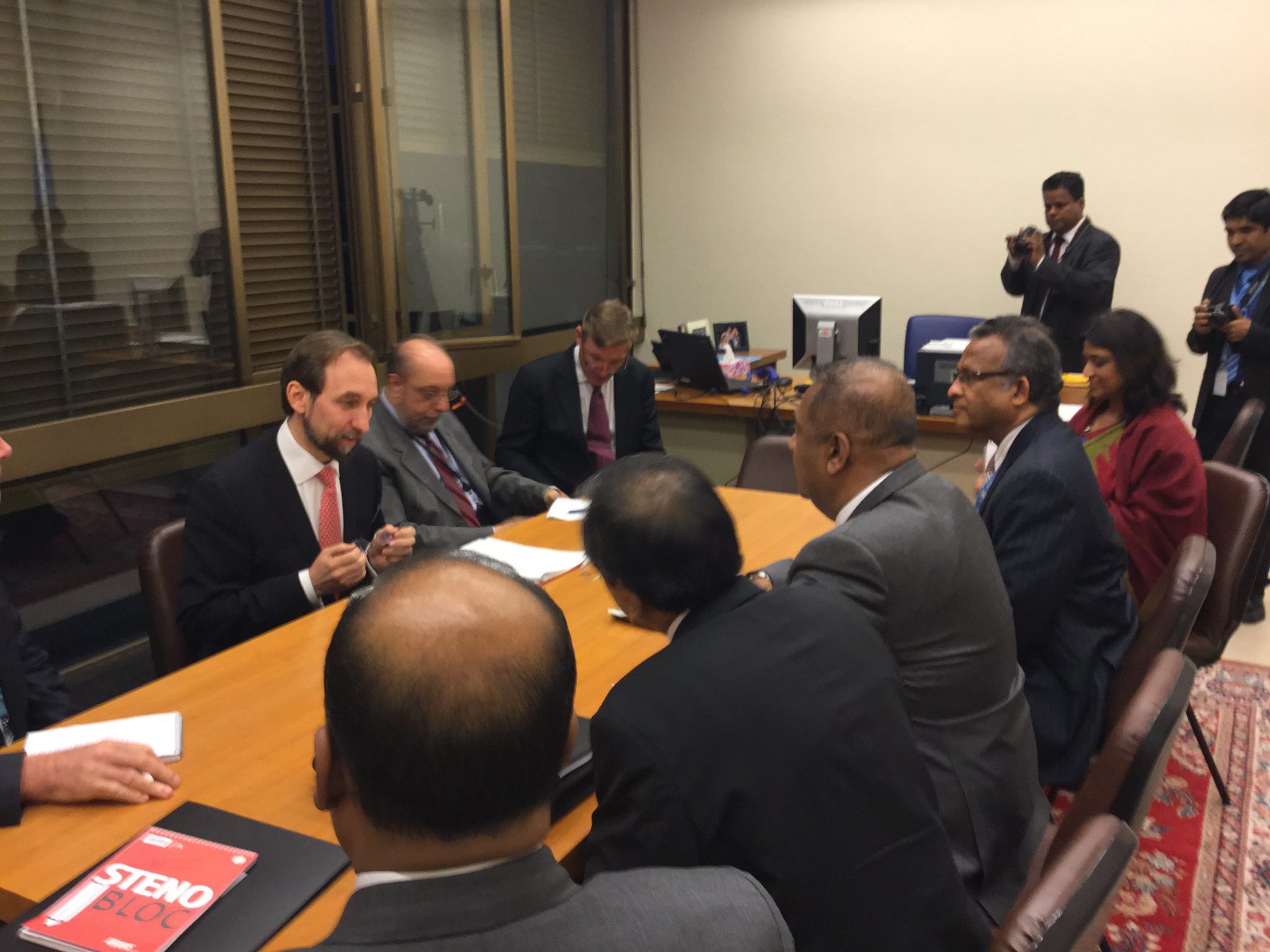 Foreign Minister Mangala Samaraweera with UN High Commissioner for Human Rights Prince Zeid Ra'ad Al Hussein in New York, 2015.
Fortunately for the country, the government changed on January 8. I was there in February I believe and we got them to agree not to table that report in March and instead we requested time till September to submit our own resolution which will cover the question of reconciliation and accountability.
In fact, I told Prince Zeid quoting from our manifesto of the presidential election, item 93, "Since Sri Lanka is not a signatory to the Rome Statute regarding international jurisdiction with regard to war crimes, ensuring justice with regard to such matters will be the business of a national independent judicial mechanism."
So we said, give us a little more time until September where we will present our resolution for a national independent judicial mechanism and the Prime Minister along with a group of top level experts drafted this resolution and then we invited the US Ambassador and UK High Commissioner to co-sponsor this resolution.
Did Sri Lanka sponsor a foreign resolution ?
This whole idea that we sponsored a foreign resolution is an utterly misleading lie. We managed to get the powerful countries to back us and each and every word in that resolution was approved by President Sirisena.
For example, President Sirisena's speech from February 4, 2016 and I quote, "I clearly state that we are facing these resolutions to protect the pride and dignity of our country, our people and our security forces and also to make our tri forces to be internationally renowned armed forces. We should face these resolutions with patience, discipline and decorum so that our country should be respectfully recognised by all international organisations including the UNO and all states in the world." 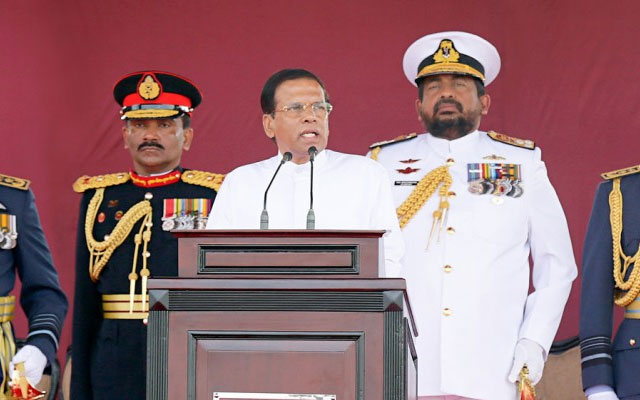 These are the very words of our president and as a result, Sri Lanka got the friendship and the support of the whole world.
In fact, when our joint resolution was presented in Geneva in September 2015, not one country opposed it. Now this time when an investigation was initiated in Geneva, Pakistan and China got up and opposed that.
However, all power blocs supported us in 2015. We had the support of the USA, the European Union, the UK, Japan, India and most of all China and Russia. Forgive me for saying so but I believe this was one of the golden moments in the history of foreign policy in this country.
Whatever anyone says, I will challenge them anywhere to argue that this was actually a golden moment where we stuck to our words carrying out a balanced foreign policy which all countries appreciated.
Regaining lost concessions
That is why we achieved so many rewards but the three which come to my mind at the moment are that we were able to secure the GSP + concession again for Sri Lanka which we had lost a couple of years before.
With the direct intervention of Prime Minister Ranil Wickremesinghe and myself in Geneva, we managed to get the Green Card for the fishing community of Sri Lanka to sell their tuna fish in the European Union which was banned under the earlier regime. 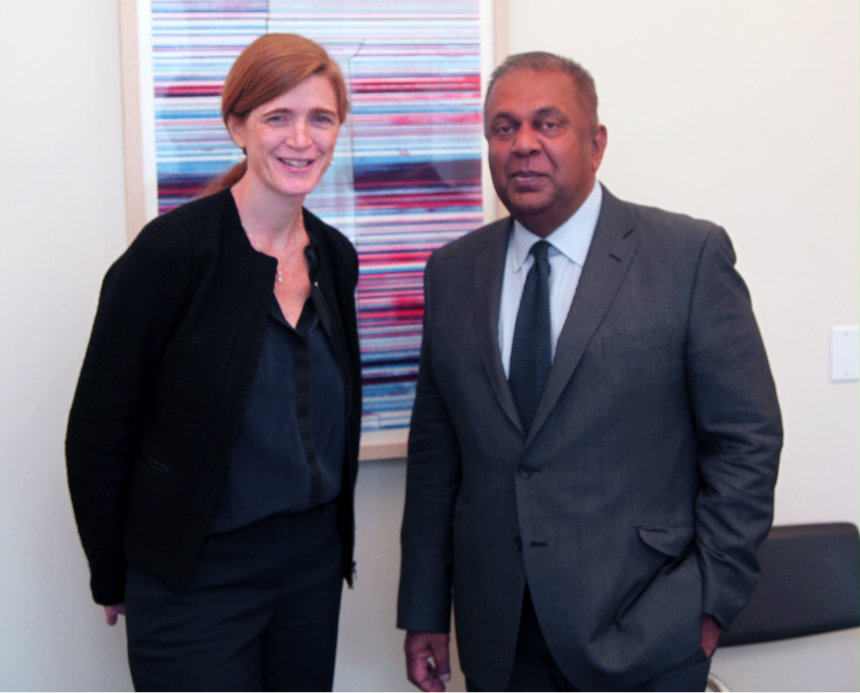 Foreign Minister Mangala Samaraweera with US Representative to the UN Samantha Power in New York in 2016.
Also, after having discussions with Samantha Power, who was the US Ambassador to the UN, we requested that our Army again be submitted for peacekeeping matters.
After agreeing to the Kigali Principles, we were admitted and I believe even today, there are members of the armed forces gaining quite high salaries working in the peacekeeping forces.
'The good news country'
I still remember in 2016 when we attended the G7 summit in Japan. After the main meeting, President Sirisena was invited and we went in and sat down in advance before the other world leaders arrived.
I was seated behind President Sirisena and it still brings me tears when I recall how every leader who walked into the room and once they saw President Sirisena, they walked up to him and shook his hands and then went to their seats.
Obama, Cameron, Merkel, Trudeau, Abe and all the leaders of the G7 first came right up to the Sri Lankan head of state and shook his hands and then started talking about the issues.
Sri Lanka was celebrated by all the countries. I know for a fact that during our time, President Obama used to call Sri Lanka the 'good news country'.

That was the kind of acceptance we managed to build within such a short time but unfortunately, we have lost it and now those who made Sri Lanka feel loved by the world are being called traitors and those who actually did the treacherous work are pretending to be patriots.

So finally, all I have to say is that the people of this country are not to be fooled by grandstanding, not to be fooled by the same old lie being repeated over and over again, to use your intelligence and to please listen to what others are saying and then decide who the real traitors are and who the true patriots are."