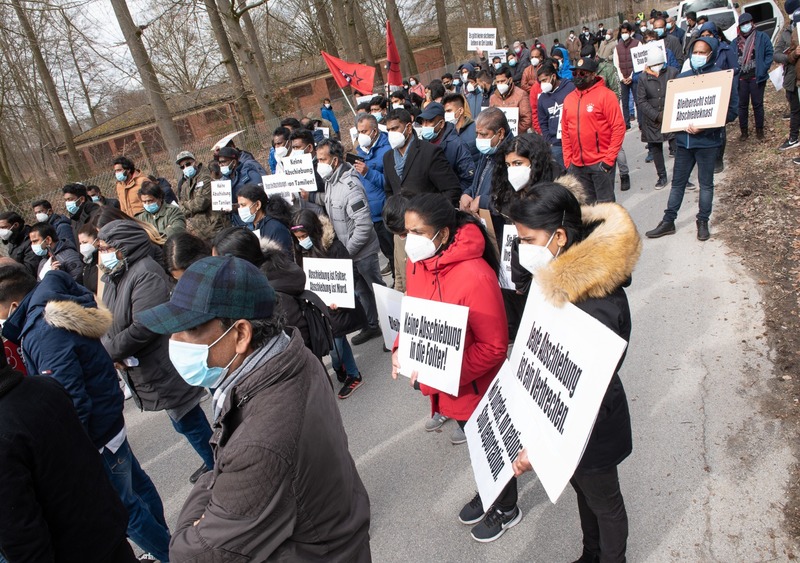 Tamils in Germany have taken to streets protesting an appalling move of German authorities to deport nearly a hundred political refugees to Sri Lanka.

The decision has shocked refugee rights groups in the country since it comes after Germany sponsoring a UN resolution that denounces Sri Lanka’s human rights record.

On Sunday (28), dozens of Tamils gathered outside the deportation prison in Pforzheim, in the southwest of Germany, while more protests are scheduled for Monday (29) at least in four German cities. 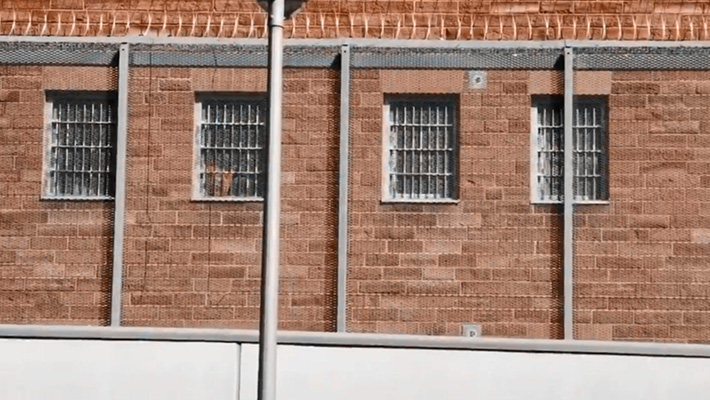 Deportation prison in Pforzheim, southwestern Germany, where some of the Tamils are being held

The decision of Angela Merkel’s 'Grand Coalition' to remove Tamils comes in the wake of the UN rights chief cautioning member states about treating Sri Lanka as safe.

On Thursday, Bremen based International Human Rights Association (IMRV) appealed for urgent action against Germany rounding up more than a hundred Tamil asylum seekers for imminent deportation to Sri Lanka on the 30th March.

The action against Tamils and several Muslims comes a week after Germany endorsed a UN resolution calling for further investigating human rights violation in Sri Lanka.

Germany’s stand exposes the ‘duplicity of the western nations’ human rights organisations and activists have warned.

“When you consider that the United Nations Human Rights Council has just voted for a resolution - that Germany was involved in drafting - to have a UN team investigate serious and worsening human violations in Sri Lanka, it is easy to understand why the German authorities want to carry out this deportation with maximum stealth. The hypocrisy is startling”, IMRV said in their appeal.

On Monday, releasing an updated statement, the organisation revealed that "it is thought that the deportation was okayed by the controversially right-wing Horst Seehofer from the Christian Social Union (CSU), with the expectation that this operation will be carried out in secret and therefore will have no political ramifications."

The Commissioner for Human Rights Policy and Humanitarian Assistance for the German government, Bärbel Kofler on the 28th January tweeted “The report published by UN Human Rights Council yesterday is cause for grave concern about the situation of human rights in Sri Lanka. I am pleased that Germany remains committed to reconciliation and accountability, also through the Human Rights Council.”

According to IMRV, rounded up Tamil asylum seekers have been held incommunicado in several detention centres including in Düsseldorf, Frankfurt and Stuttgart while the entire operation and detention are shrouded in mystery as relatives are unable to contact those detained who face threat of deportation.

In January this year Germany passed a controversial migration law which brought major changes to the country’s asylum and immigration policy. Part of the law included what is called as “Orderly Return Law”- which facilitates the deportation of failed asylum seekers.

The UNHR Commissioner Michelle Bachelet in her report to the council in January, has pointed to “a pattern of intensified surveillance and harassment of civil society organisations, human rights defencers and victims including those who supported the implementation for resolution 30/1”.

IMRV says deporting Tamils back to Sri Lanka, ‘will send a very negative signal to the current international efforts to address serious Human Rights violations that have occurred and are continuing to occur in Sri Lanka’. 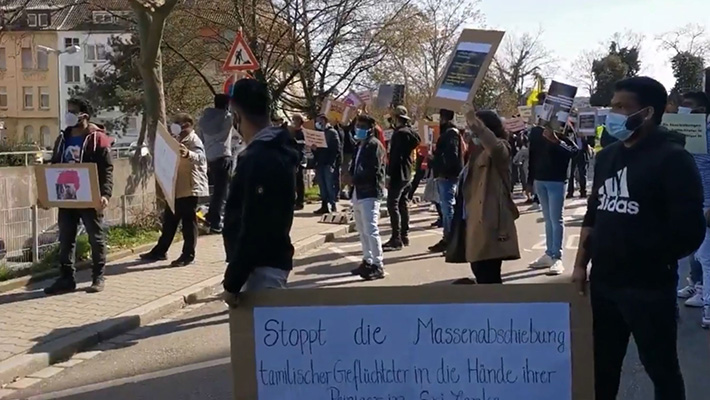 Meanwhile, Tamil People National Front leader and parliament member Gajendrakumar Ponnambalam has voiced his party's concern about the deportation threat and have written to the German government and their embassy in Colombo to stop the ill conceived act, which may put the lives of those deported in danger.

Sri Lanka's state owned 'Sunday Observer' newspaper cheerfully reported about the decision saying that 'Germany along with several other European countries has said that future asylum seekers from Sri Lanka would not be accommodated since the battle against terrorism has ended in the country". The newspaper had failed to cite any official sources.

IMRV has said “we must stop this atrocity” and have urged all those involved in human rights and protection of lives to write to the German foreign minister and their respective diplomatic posts.