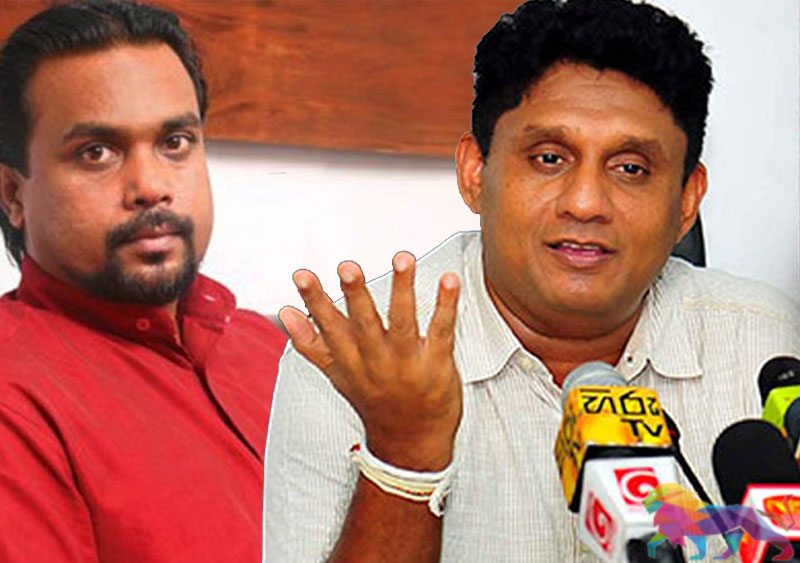 Opposition leader Sajith Premadasa has refuted a report in a weekend newspaper which stated that Minister Wimal Weerawansa had sought an appointment with him.

The SJB leader had also rejected news reports of him meeting Minister Weerawansa for a discussion at the residence of SLPP MP Tiran Alles, the weekend 'Aruna' newspaper reported.

However, Premadasa noted that the newspaper in question had not even inquired about such an incident from him.

Meanwhile, Minister Weerawansa had also issued a statement regarding the alleged encounter stating that no such meeting had taken place.

The pro-government 'Lanka C News' had reported the 'Aruna' article in the following manner. 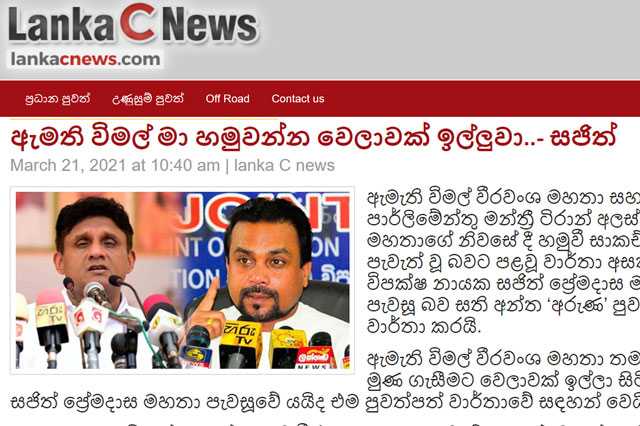