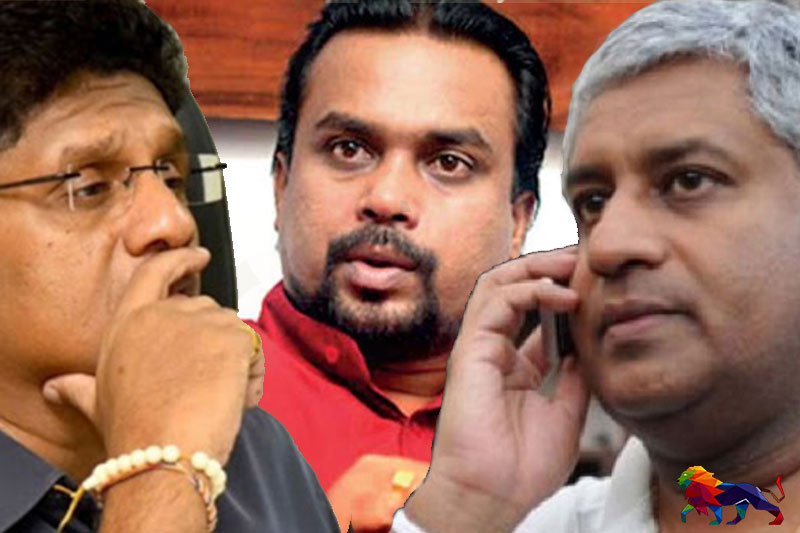 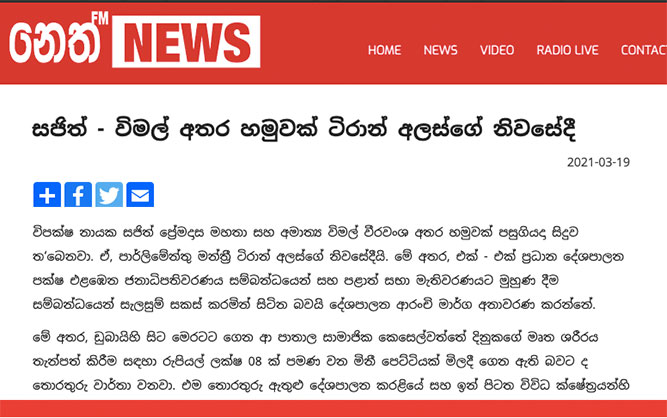 Meanwhile, the 'Lanka C News' website, known to be operated by associates of Minister Wimal Weerawansa, had also reported the meeting by quoting 'Neth News'.

Meanwhile, speculation was rife on social media that the Lanka C News website had been taken over by Basil Rajapaksa. 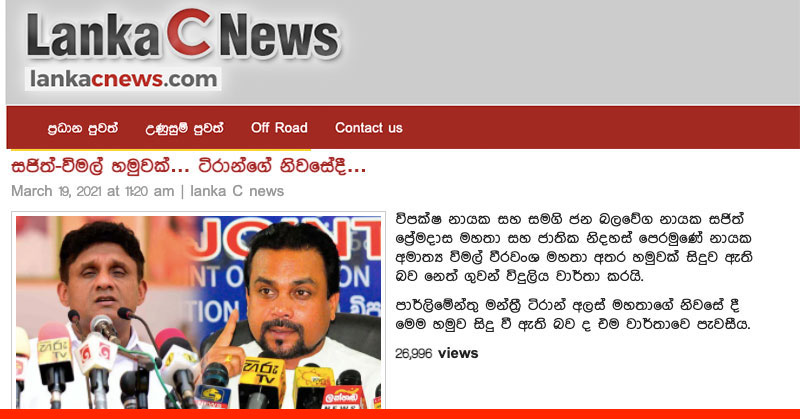 When The Leader reached out to inquire about the alleged meeting, SLPP MP Tiran Alles categorically denied the news report, calling it a "blatant lie."

He was also surprised that a website like Lanka C News had published such a news report without any scrutiny. "This was concocted and planted by someone. There was no such meeting at my house," he added.

No such meeting - Wimal 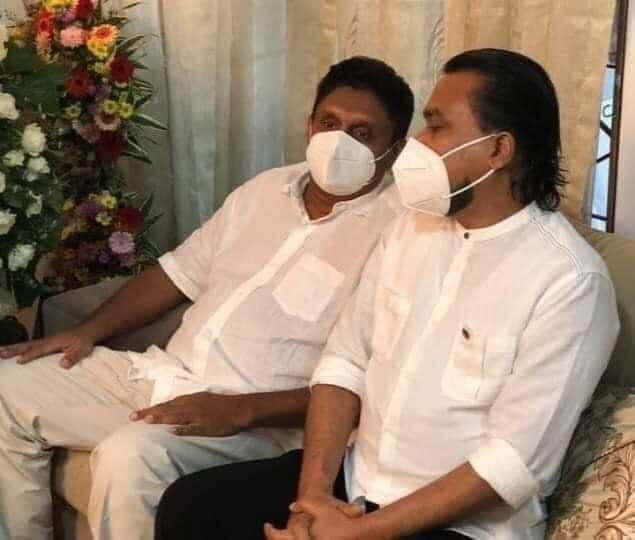 When we reached out to Minister Wimal Weerawansa, he said that a photo of himself and Sajith Premadasa together that has been widely circulated on social media, has been taken out of context.

He noted that the photo was taken at a funeral of a leading businessman in Maharagama on Wednesday.

He said that the Opposition Leader was also at the funeral and rejected allegations of him meeting Sajith Premadasa at the residence of MP Tiran Alles.

Our attempts to reach the Opposition Leader over the phone were unsuccessful.