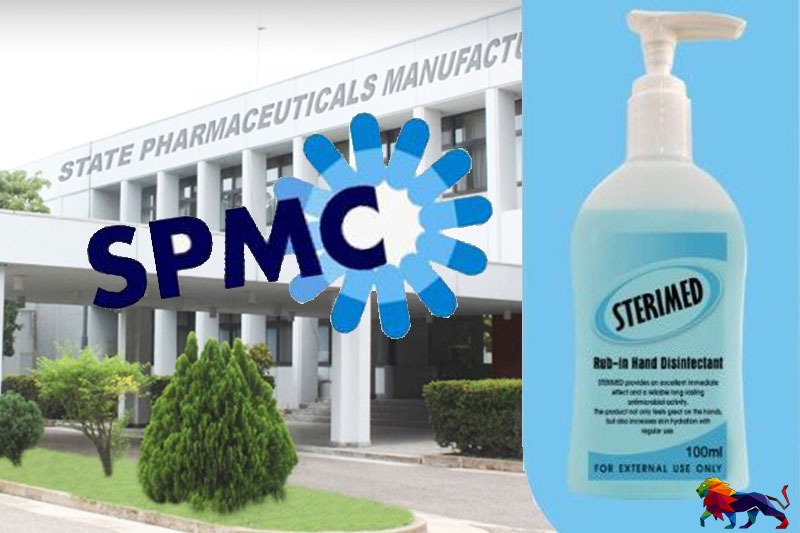 It is reported that high ranking officials of the State Pharmaceutical Manufacturing Corporation (SPMC) are exerting pressure on Health Ministry officials to procure substandard hand sanitizers from a private company.

Health Ministry sources said that officials of the Medical Supplies Division are being harassed by the SPMC top brass to procure these substandard hand sanitizers from the SPMC-JV company 'Medicom'.

It is also alleged that both the former president and the former health minister have vested interests in this company.

Medicom is the manufacturer of a substandard rub-in hand disinfectant known as 'Sterimed' which has been recalled by the National Medicines Regulatory Authority (NMRA) due to serious quality concerns.

Dead cockroach in a bottle?

The NMAQL report on samples of the Sterimed hand sanitizer has cited the the presence of a dead cockroach in one of the bottles as well as the pump bottles not being tamper-evident where the plastic wrapper seal is limited only to cap with squeezing tip as serious quality defects.

Accordingly, in a letter dated 17th March 2020, the Chief Executive Officer of the NMRA, Dr. Kamal Jayasinghe, has advised all those having stocks of the batch concerned to immediately withdraw the batch of hand sanitizers from use and to keep such stocks in a demarcated and secure place until they are formally disposed of. 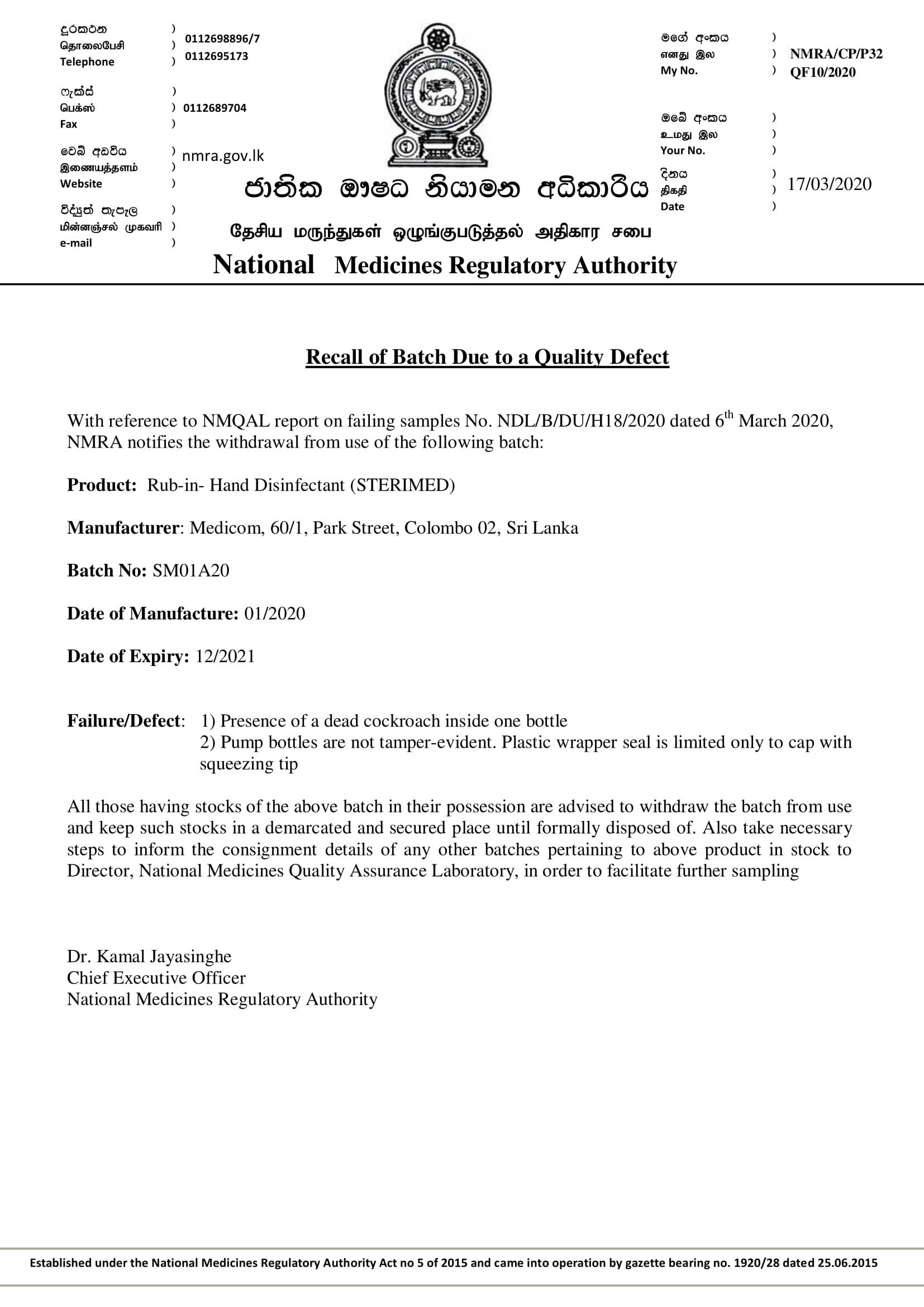 Health Ministry sources said that it is difficult to perceive how a regulatory authority could award such an accreditation to a manufacturing facility that is capable of releasing such a product into the market.

They noted that this sort of negligence in medical manufacturing, lack of basic quality control and quality assurance protocol could have serious implications on the end users of such products.

Concerns raised on a banned substance?

The Sterimed hand sanitizer contains 30g of Propan-1-ol per 100g of solution.

However, the U.S. Food and Drug Administration (FDA) has banned the use of hand sanitizers containing this particular type of alcohol.

Propan-1-ol is typically used to make industrial solvents (a type of cleaner) and can also be toxic to humans, dermatologists pointed out, adding that the long term exposure of Propan-1-ol can result in decreased breathing and heart rate, among other serious symptoms, and can lead to death.

Hand sanitizers with 1-propanol contamination can irritate your skin with most people reporting allergic skin reactions.

It is also alleged that the Sterimed hand sanitizer costs more than double the amount in comparison to the current hand sanitizer that is being procured by the Health Ministry.

Health Ministry sources claimed that high ranking SPMC officials are receiving commissions through these deals and noted that it is the responsibility of the Health Ministry to work in the best interest of the state instead of acquiescing to the demands of the SPMC.

*Editor's Note: We believe that offering a right of reply to those who are the subject of significant criticism or allegations of wrongdoing is a fairness obligation. As such, we acknowledge your right of reply if a person or an organisation feel that they have been harmed by any news items published on this website.