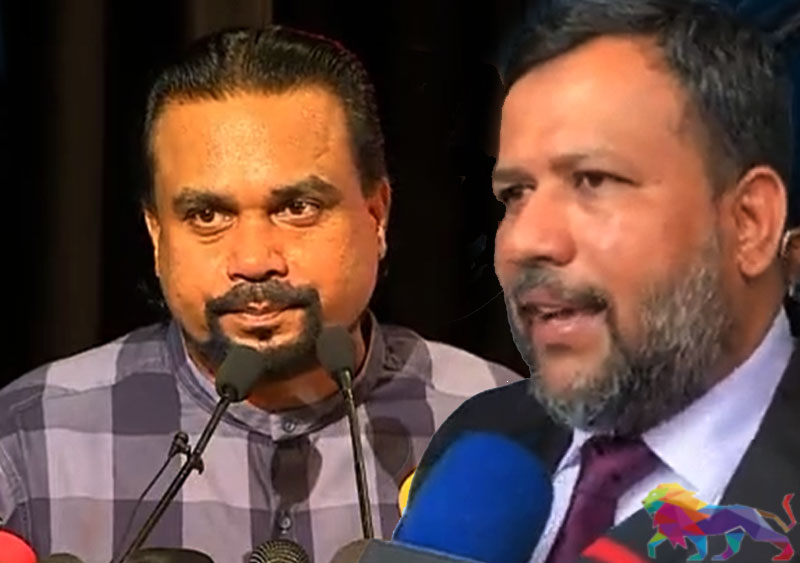 ACMC leader Rishad Bathiudeen MP submitted a complaint today (10) calling on the Criminal Investigation Department (CID) to commence an investigation into the defamatory allegations made by Industries Minister Wimal Weerawansa.
Minister Wimal Weerawansa alleged that Rishad Bathiudeen and his brother, Riaj Bathiudeen, had been in contact with Zahran Hashim, said to be the mastermind of the Easter attacks.
Minister Weerawansa expressed these views during a speech titled, “Islamic Extremism: After the Easter Commission,” held at the Sri Sambuddhathva Jayanthi Mandiraya at Thummulla yesterday (09).
However, neither the Presidential Commission of Inquiry to investigate the Easter Sunday attacks (PCOI) nor the Parliamentary Select Committee appointed for the same task had made such findings.

“When making the statement, Wimal Weerawansa also said that he would resign if his allegation was proven wrong. He should ideally be at home right now," Bathiudeen said.

The letter of complaint submitted to the CID is reproduced below:
DIG
Criminal Investigation Department (CID)
Colombo
10th of March 2021

RE: ALLEGATION BY MINISTER WIMAL WEERAWANSA THAT A CALL WAS MADE TO ZAHRAN BY THE BROTHER OF RISHAD BATHIUDEEN

I, Rishad Bathiudeen, Member of Parliament for the Vanni District and Leader of the All Ceylon Makkal Congress (ACMC), have been faced with a dishonest, misleading and fallacious allegation from the Minister of Industries, Wimal Weerawansa. I hereby submit my complaint kindly urging a swift and expeditious investigation into his statement.

“It was not us who said that the brother of Rishad Bathiudeen called Zahran, but the Police Spokesman. After that he resigned from his portfolio. It was not us, but the Police officers who went before the Cardinal and revealed how the brother of Rishad Bathiudeen made a call to Zahran, and after calling Zahran how he made a call to his older brother, and after speaking to the older brother how he called Zahran again. They did not show it to us, they showed it to the cardinal. Rishad Bathiudeen’s brother calls Zahran, and again he calls his older brother, and then he calls Zahran again. And while in prison, the brother has said that the call was made in the course of business.”

Minister Weerawansa had made this statement on 9th of March, 2021 while speaking on the topic of ‘Islamic Extremism: After the Easter Commission’, at the Sri Sambuddhathva Jayanthi Mandiraya at Thummulla.

In response, I wish to say that I, Rishad Bathiudeen and my brother, Riyaj Bathiudeen, have never in our lives, for any reason whatsoever, contacted Zahran Hashim who was involved in the Easter attacks.

I feel it is unfair and unjust for Wimal Weerawansa to make such a false and misleading statement of this nature.
This publicly declared statement has damaged my character substantially and has seriously impacted my political journey. It also stands to tarnish the image of the larger Muslim population in Sri Lanka.

I therefore urge you to consider these points and seriously investigate the allegations of WImal Weerawansa. I urge you to uncover the truth and I trust you will do justice by revealing the truth. If it is found that Minister Wimal Weerawansa had dishonestly spoken these untruths, I urge you to take legal action against him.

Rishad Bathiudeen
Member of Parliament for the Vanni District