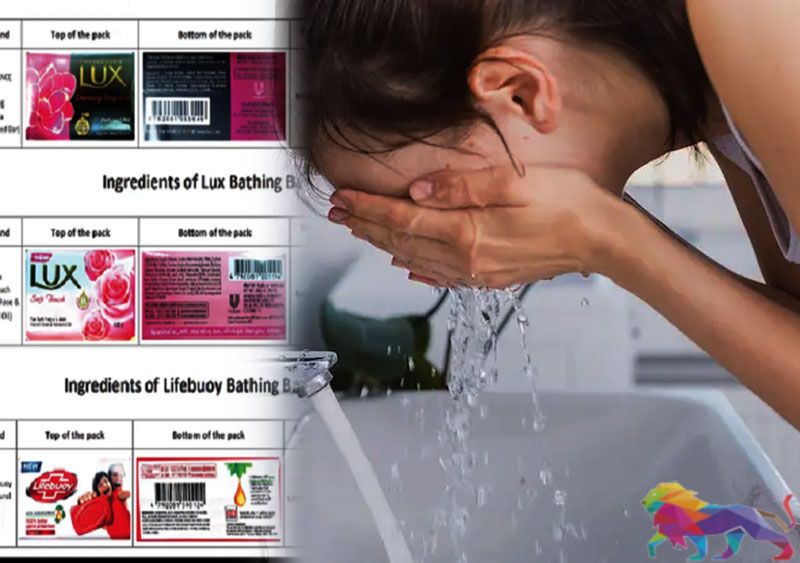 The ‘Association for Consumer Rights' claims that multinational corporations are making the people of Sri Lanka ill since 2001 by getting the authorities to change the standard of soap in Sri Lanka.

The convener of the organisation Kelum Amarasinghe revealed this at a recent media briefing.

Leading media outlets in the country have self-censored reports on the use of bathing bars instead of soap and the products that contain chemicals that cause eye and skin related diseases.

An investigation into the self-censorship revealed that media chiefs had decided not to publish any news on the matter due to fears that their media outlets would not receive advertisements for Unilever products, including Lifebuoy and Lux worth millions of rupees.

Using bathing bars instead of soap

Soaps should have a specific TFM (Total fatty matter) value according to the 2001 soap-related standards.

But in 2001 the standards body had to introduce a new standard called Bathing Bars and its TFM percentage was set at 40%. Since then, the majority of the consumer community in the country has consumed these bathing bars as body soap.

Kelum Amarasinghe says that Lifebuoy, which has become a brand in Sri Lanka at a high advertising cost, is not a soap but a bathing bar. Hence the fact that it is not called soap.

However, he said people are getting caught in advertising and having used it as soap before they continue to think of soap as a bathing bar.

One of the highlights of the press conference was the discovery that "sodium dodecylbenzene sulfonate (SDBS)" is a chemical that is harmful to human skin which is also an ingredient in these bathing bars. 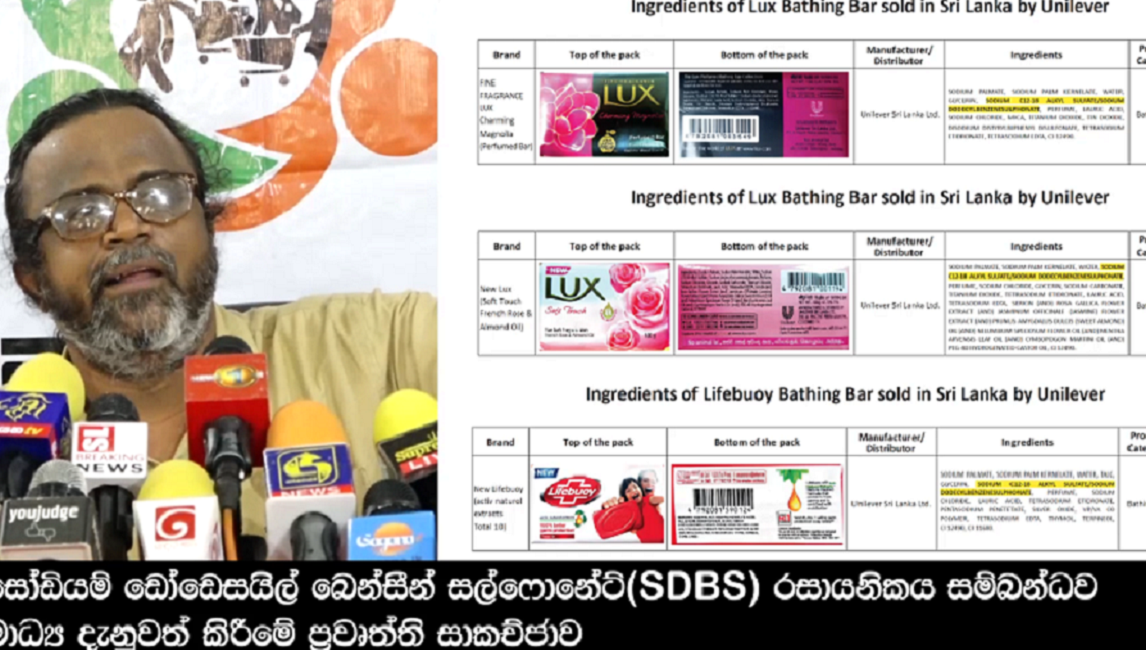 The Association for Consumer Rights provided evidence at the press conference to show that the soaps marketed in other parts of the world such as Hong Kong, Argentina, Indonesia and India under these brands do not have SDBS.

Kelum Amarasinghe told the media that 1% of the chemical was tested on rabbits in Australia in 2009 and that the results showed that the rabbits had become blind.

The Association for Consumer Rights says that it is the duty of the authorities to take action against the relevant multinational company for fraudulently making people consuming chemicals that are unsafe.