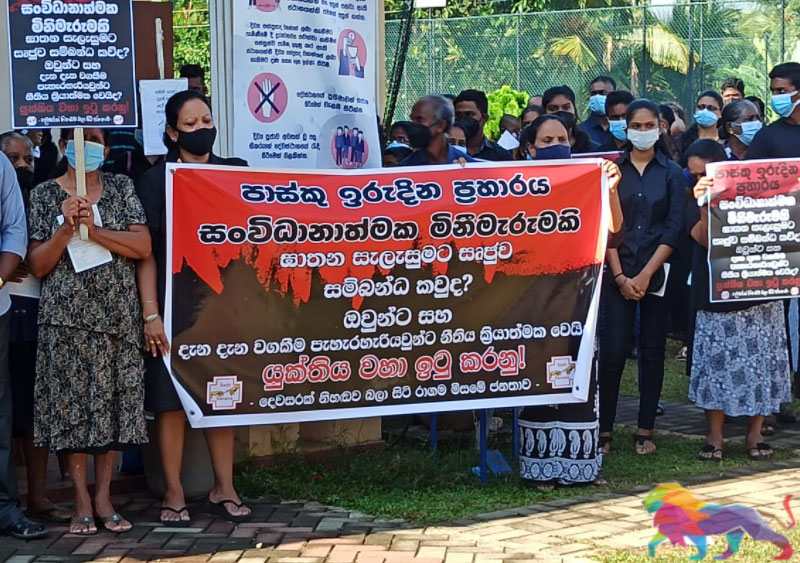 'Black Sunday' protest declared by the Sri Lankan Roman Catholic Church began nationwide on Sunday (07) to demand justice for the victims of the 2019 Easter Sunday bomb attacks that killed more than 260 people.

Hundreds of thousands of Catholic devotees across the country marked ‘Black Sunday' by wearing black attire to the mass.

Arrangements were made to ring the bells in all Catholic churches in the island at 8.45 am today, the Catholic Archbishop said.

They have been urged to participate in peaceful protests observing silence after participating in services held in churches countrywide.

Meanwhile, the Catholic Bishops’ Conference says those responsible for the April 21 attacks should be punished immediately.

The Bishop of Diocese of Badulla Rev. Winston Fernando, the head of the Catholic Bishops’ Conference, said the protest is being conducted based on five points.

Archbishop of Colombo Cardinal Malcolm Ranjith officially announced the peaceful protest as the authorities have so far failed to mete out justice for the hundreds of innocent victims after almost two years since the gruesome suicide bomb attacks on April 21, 2019.

He vowed to conduct massive countrywide protests if the authorities fail to find the masterminds of the attack.

Participating in the government’s 'Dialogue with the Village' programme yesterday (06), President Gotabaya Rajapaksa said that the concerns expressed by Archbishop of Colombo Cardinal Malcolm Ranjith was justifiable and that he has a right to talk about it.

The final report of the Presidential Commission of Inquiry (PCoI) into the Easter Sunday attacks was handed over to the President recently. The Commission has recommended filing charges against the former President, former Defence Secretary, former IGP, heads of intelligence units and several others. 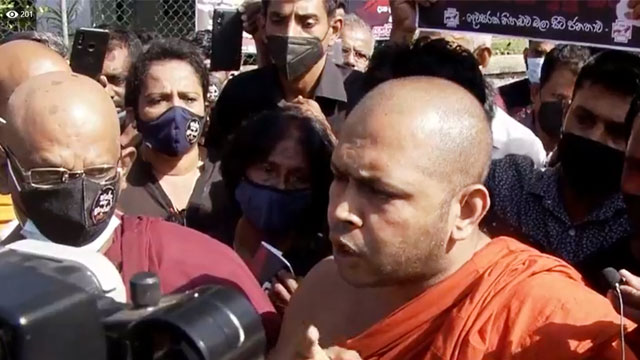 Meanwhile, the National Bikkhu Front has decided to participate in the peaceful 'Black Sunday' protest organised under the patronage of Cathoilioc Bishops Conference.

They have decided to extend its support for the success of the main protest which is to be held opposite the St. Anthony’s Shrine in Kochchikade. 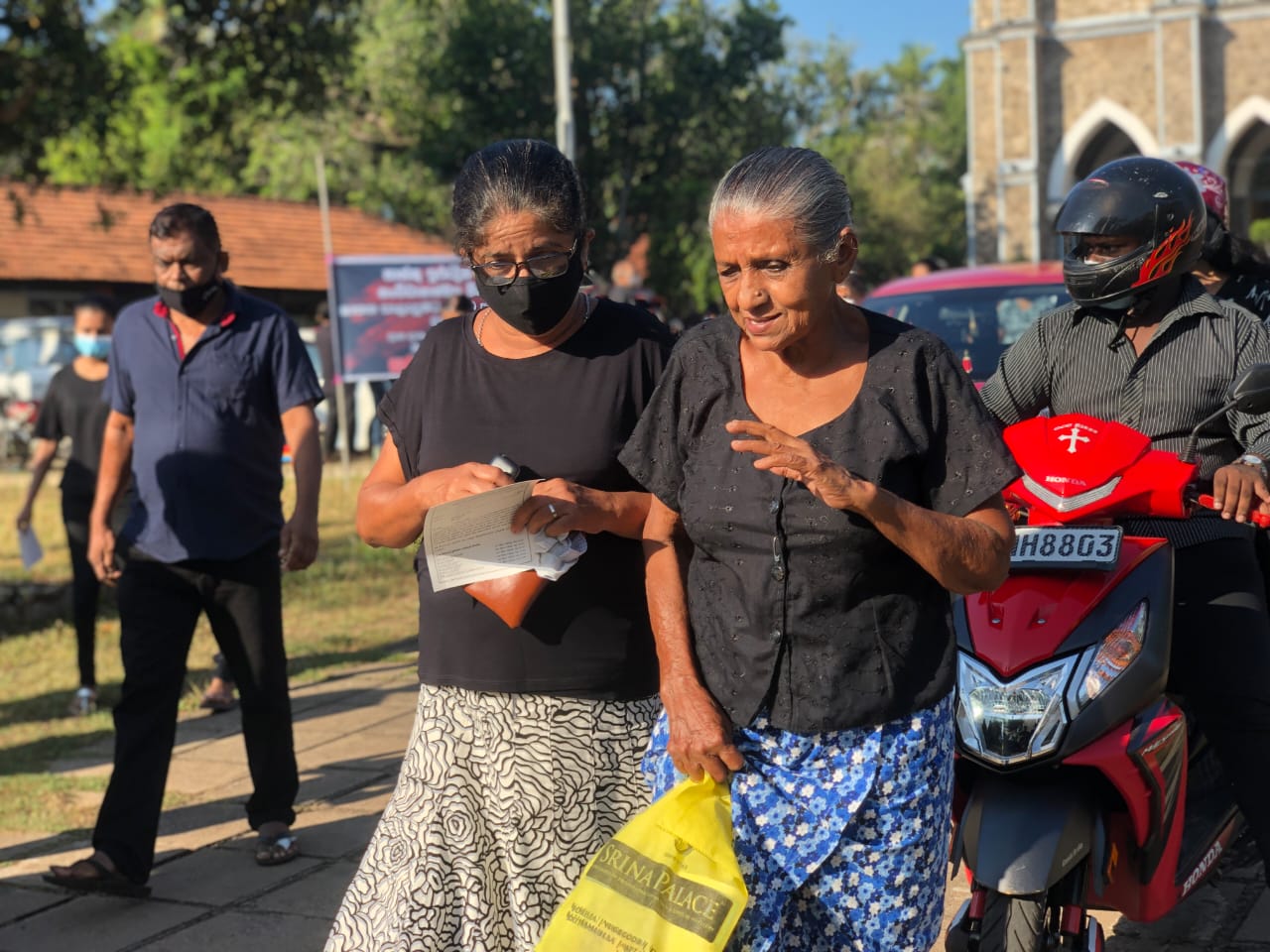 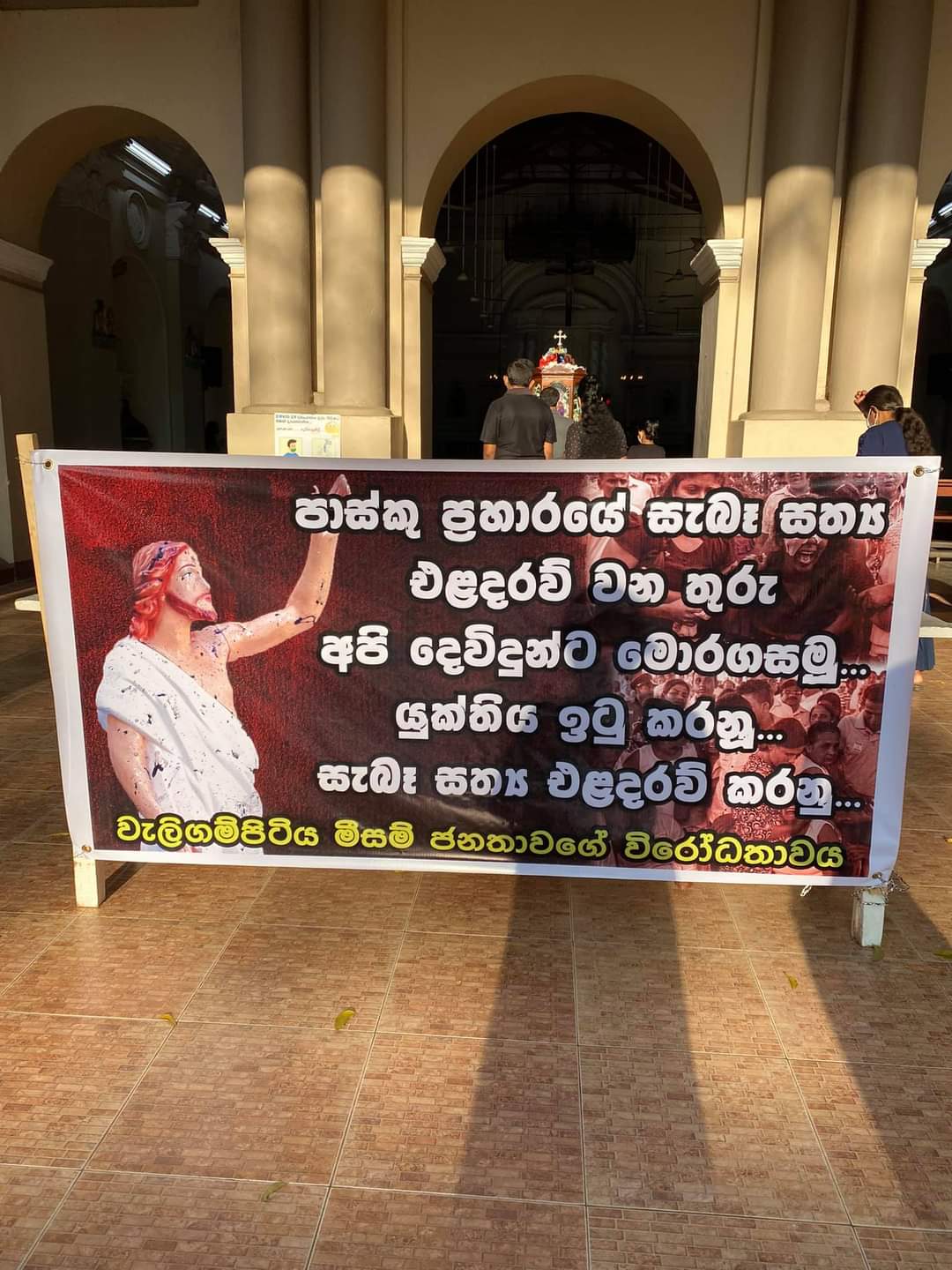 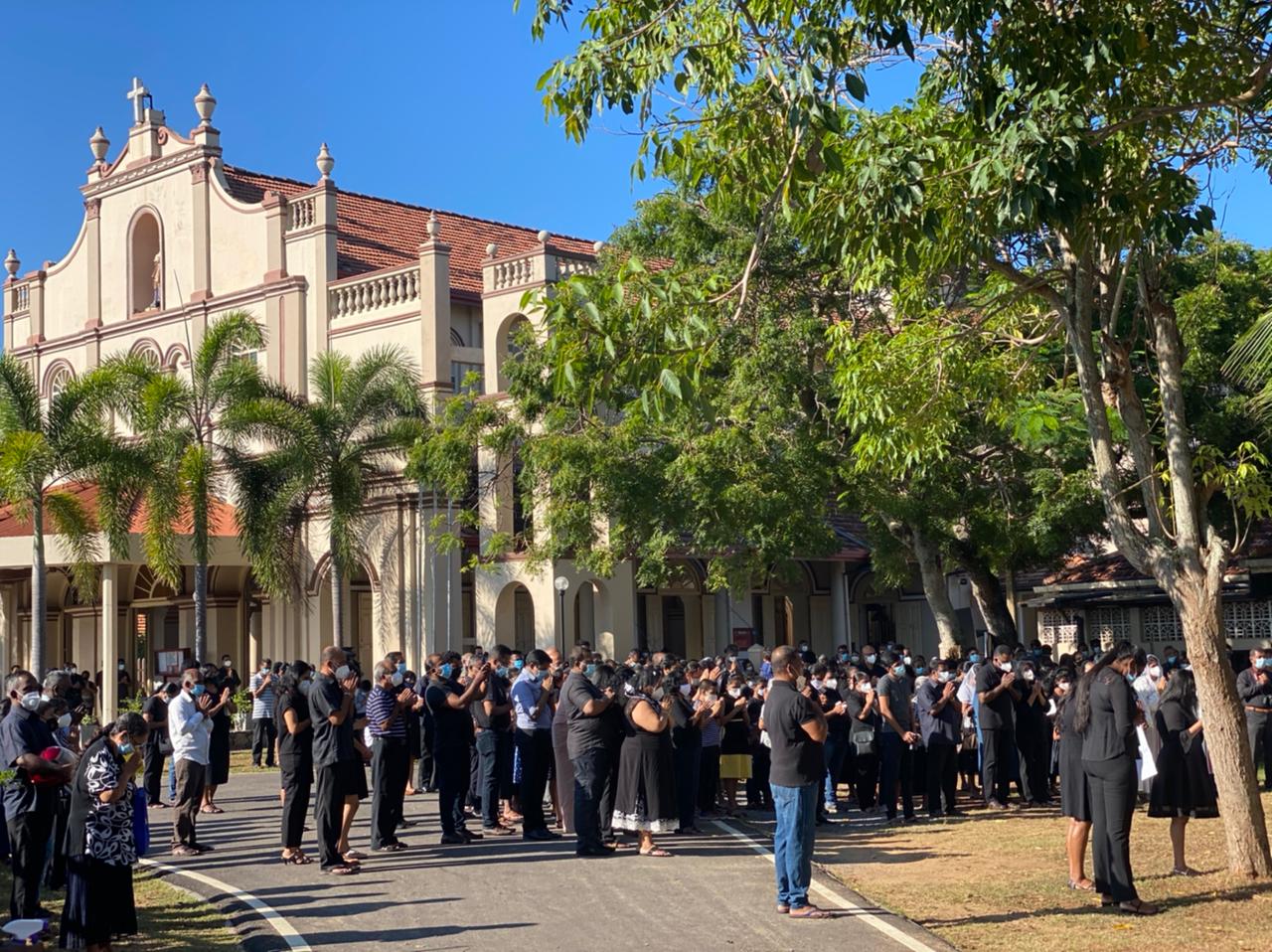 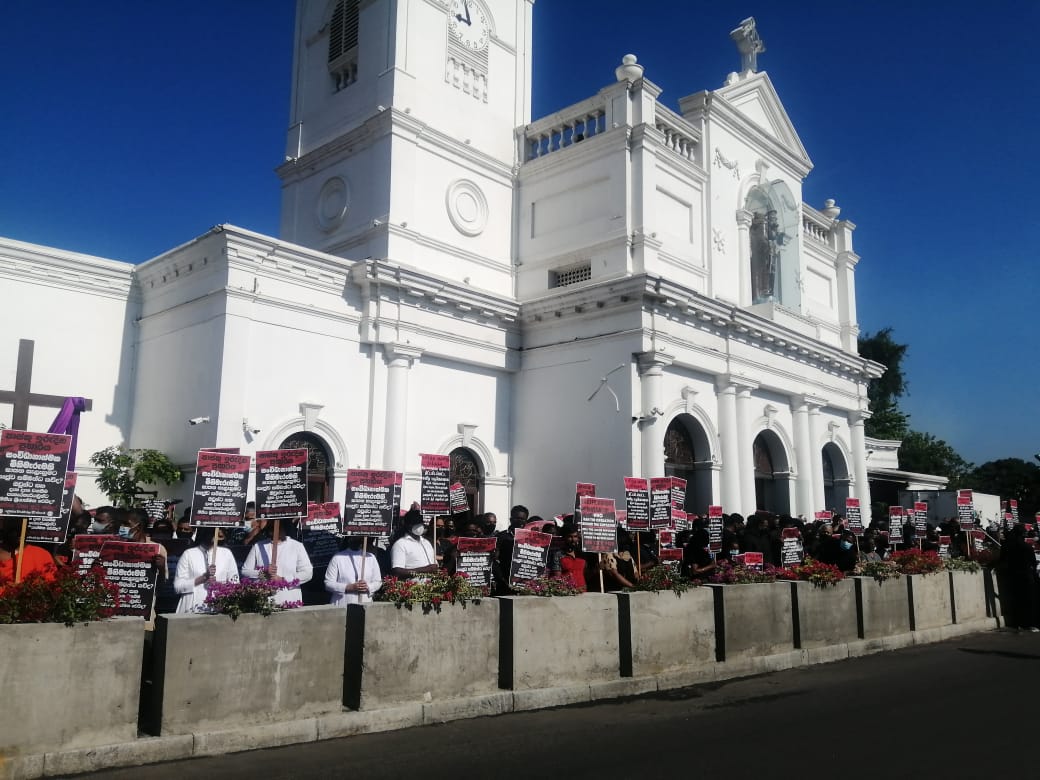 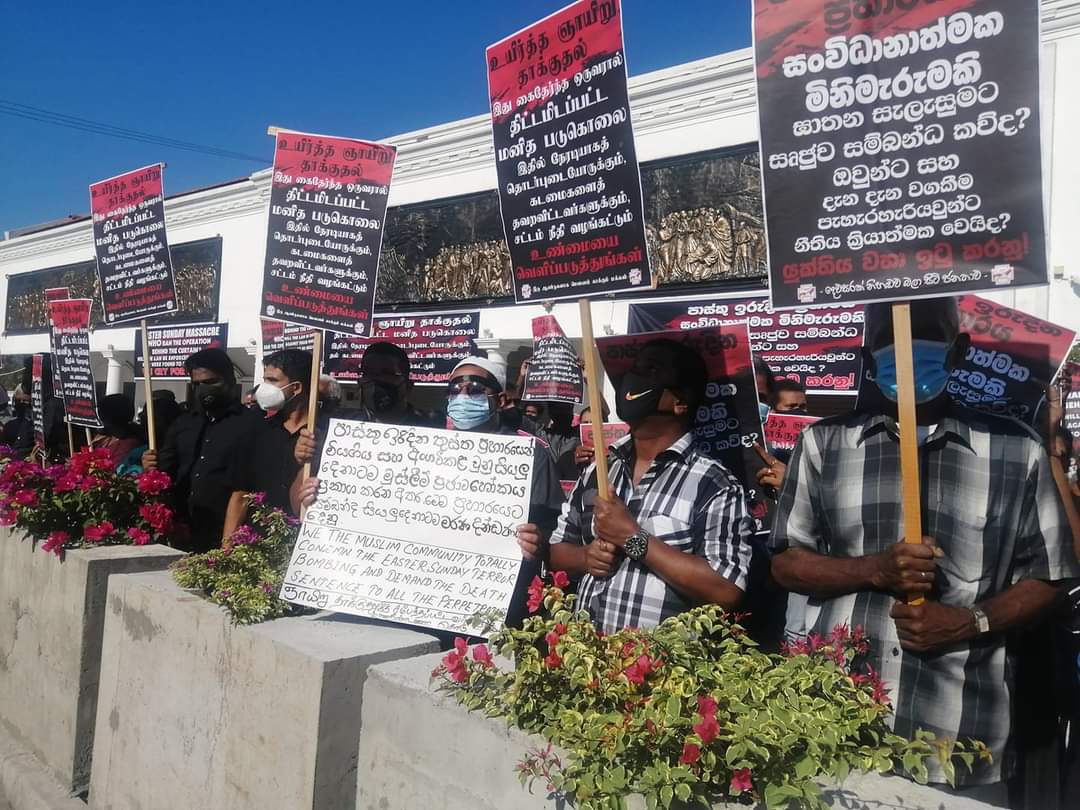