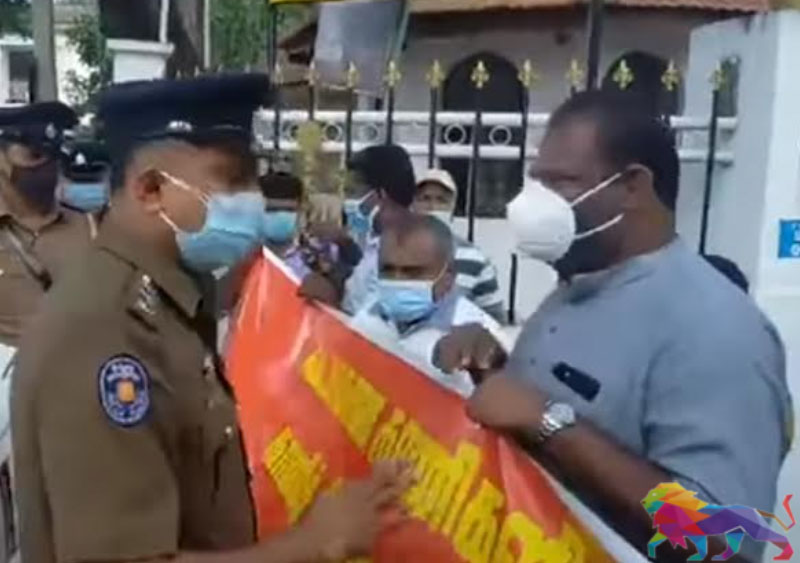 A tense situation erupted on Thursday (04) when the Tamil National People's Front (TNPF) staged a protest in Jaffna against the government's decision to transfer the Land Reforms Commission (LRC) office in Jaffna to Anuradhapura.

According to media reports from the North, the leader of the TNPF, Gajendrakumar Ponnambalam and a group of protestors had been harassed and severely reprimanded by Police personnel when they had attempted to enter the Jaffna District Secretariat.

The LRC office based at the Jaffna District Secretariat is responsible for the implementation of land reforms across the entire Northern Province including Jaffna, Kilinochchi, Vavuniya, Mullaitivu and Mannar.

The group of protestors had eventually handed over a letter to the Government Agent of Jaffna after the Police had deployed a large contingent to stop the group from entering the Secretariat.

TNPF General Secretary S. Kajendran MP had raised the issue in Parliament last month noting that transfering the Northern and Trincomalee LRC Offices to Anuradhapura has created fear among Tamils, amidst ongoing land grabs. "This forces Tamils and Muslims to travel to Anuradhapura for land issues. We demand that this is halted immediately," he said. 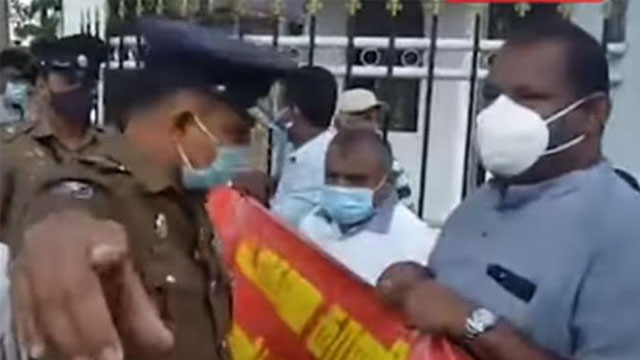