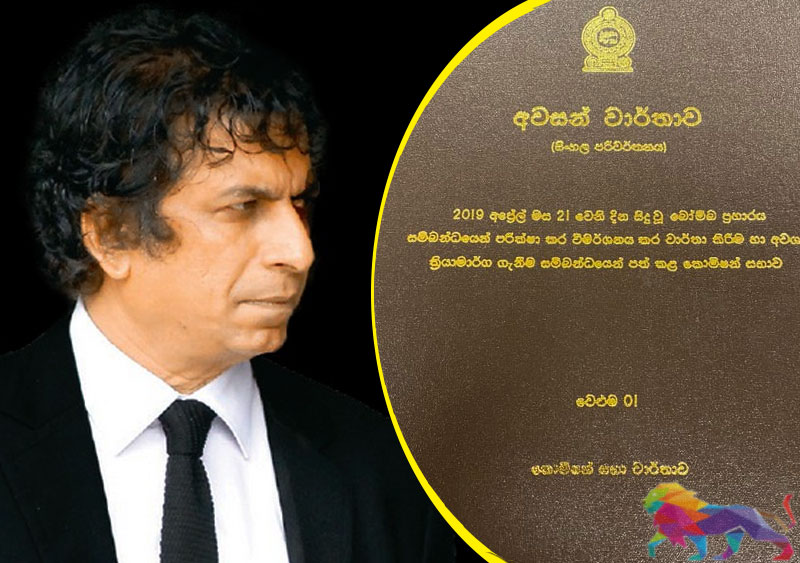 Attorney General Dappula de Livera yesterday (02) had obtained 65 volumes from the final report of the Presidential Commission of Inquiry into the Easter Attack.

However, 22 volumes sensitive to national security were not handed over, the Attorney General's Coordinating Officer Nishara Jayaratne said.

The government is now under pressure from all quarters to expose the masterminds behind the Easter Sunday attack.

Malcolm Cardinal Ranjith has questioned why the masterminds and accomplices of the Easter attack have not been brought before justice after two years.

He was addressing a media briefing yesterday afternoon when he raised this concern.

Therefore, the responsible officials should bring the real masterminds of the Easter attack to justice without delay, the Cardinal added.

"While the Presidential Commission is in operation, we have a strong suspicion if the relevant agencies in charge of the country's security, such as the Criminal Investigation Department, the Terrorism Investigation Unit and the State Intelligence Service, have truly carried out in-depth investigations into this criminal homicide."

"These government agencies do not seem to be working to capture the masterminds of the Easter attack. It seems to us that some things are being done but not with the necessary due care.

Therefore, we ask the authorities why it has taken two years to investigate and bring to justice those who masterminded, financed and also persons who sabotaged the investigations into the attacks.

In some cases, high-ranking officials were pressured. We have received information about those who exerted undue political influence on these investigations," he said.