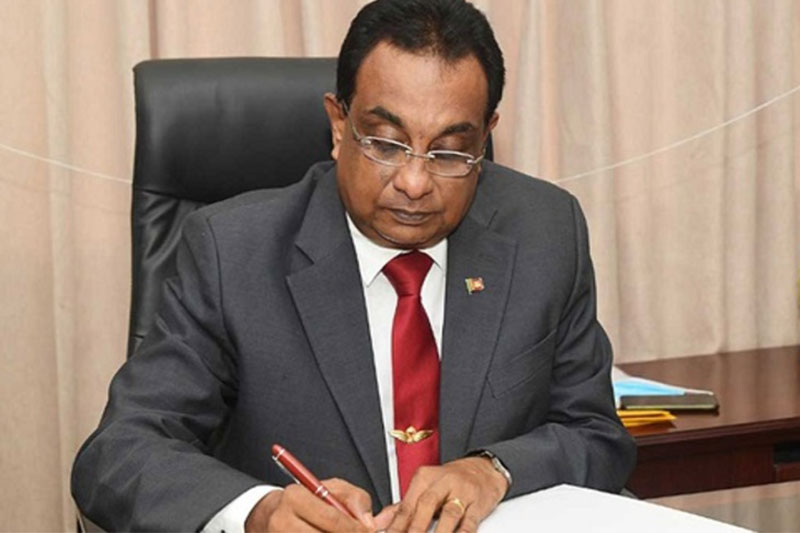 Meanwhile, B.L.A.J. Dharmakeerthi has been appointed as the Secretary to the State Ministry of Batik, Handloom and Local Apparel Products.

The PMD said that the two secretaries received their letters of appointment from the Secretary to the President, Dr. P.B. Jayasundara, at the Presidential Secretariat today (01).

Who is stating the truth?

Following media reports of Major Gen. (Retd) Sumedha Perera stepping down from his post, Agriculture Minister Mahindananda Aluthgamage said that the Secretary failed to keep pace with the activities of the Ministry.

However, responding to the Minister's remarks, Sumedha Perera said that he had decided to step down due to some other reasons and that he had requested the President to relieve him from his duties at the Ministry.

While it's not clear as to who is stating the truth, it is unlikely that Agriculture Minister Mahindananda Aluthgamage would have made such a statement against Sumedha Perera without any valid reasons as the latter is considered to be a close confidant of President Gotabaya Rajapaksa.

Prior to his appointment as the Secretary to the Ministry of Agriculture, Sumedha Perera was also appointed to several task forces by the President.