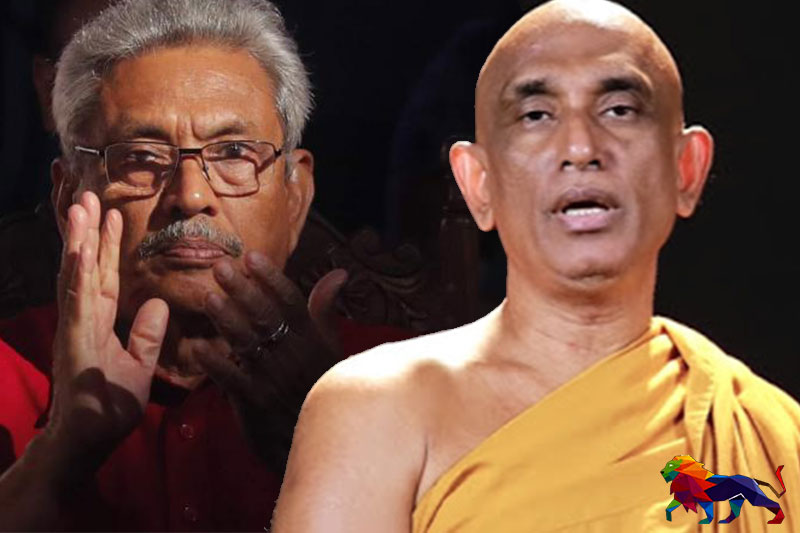 Ven. Athuraliye Rathana Thero says that even though Gotabaya Rajapaksa was the one President who was able to obtain the maximum number of Sinhala-Buddhist votes in this country, he won't be able to replicate that feat in the future.

Since they can't just solely depend on the Sinhala-Buddhist vote base at the next election, there are certain quarters in the government that have decided to target the Muslim vote base, Ven. Rathana Thero said, adding that they have already launched certain initiatives in this regard.

Ven. Athuraliye Rathana Thero expressed these views in an interview with a weekend newspaper.

At a meeting of Sri Lanka Podujana Peramuna (SLPP) activists, the party's founder and national organiser, Basil Rajapaksa had declared that it was imperative to get the support of Muslims and Tamils in order to win the next presidential election.