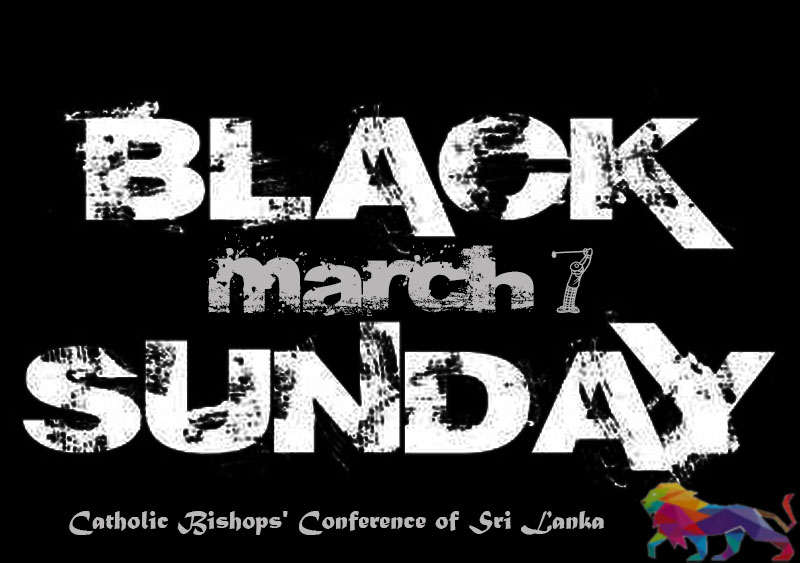 The Catholic Bishops' Conference of Sri Lanka has decided to launch a series of island-wide protests seeking justice for the victims of the Easter Sunday terror attacks.

Accordingly, they have declared March 07 as 'Black Sunday' and have planned to hold silent protests in churches across the country on the same day.

Cardinal Malcolm Ranjith reportedly refused to meet with any Sri Lankan politicians due to the delay in releasing the PCoI report on the Easter attack. Many other bishops have also spoken out about the failure to release the report which claimed the lives of more than 250 people.

“We have a lot of doubts about this whole process, the whole thing is getting delayed,” Bishop Winston Fernando of Badulla, head of the Catholic Bishops’ Conference of Sri Lanka, told the Associated Press.

Earlier in February, Cardinal Ranjith wrote to Rajapaksa to request a copy of the report. The Cardinal has warned that he would seek help from international Church bodies if the government does not quickly act on the report.