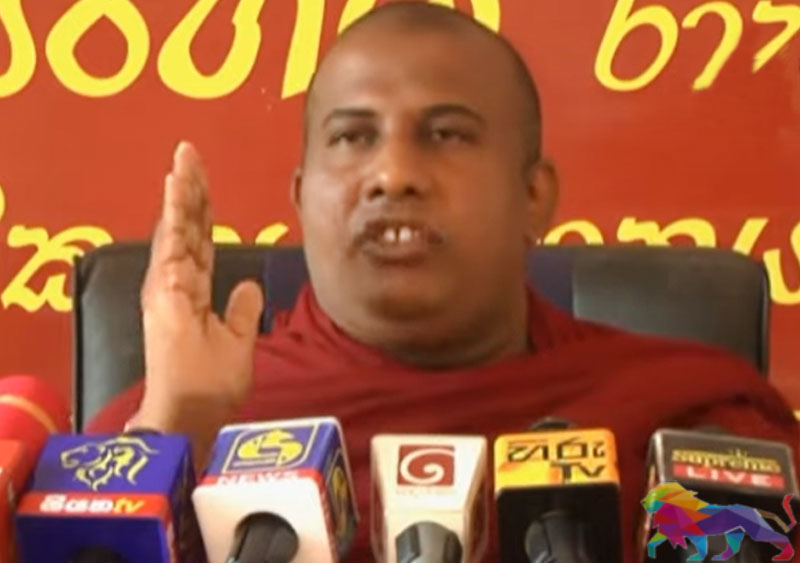 The General Secretary of the 'Nava Sinhala Ravaya' organisation, Ven. Magalakande Sudaththa Thero said that the Presidential Commission of Inquiry (PCoI) to probe the Easter attacks has failed to institute charges against the two officials of the Attorney General's Department who had concealed information pertaining to Zahran Hashim.

The Commission has instead targeted the Bodu Bala Sena organisation, Ven. Sudaththa Thero said, adding that it has recommended taking action against its General Secretary Ven. Galaboda Aththe Gnanasara Thero.

The PCoI assigned blame to the Sinhala Buddhist nationalist organisation for having contributed to the events that led to the attacks and recommended to ban the BBS.

"I would like to ask the PCoI whether the bombings occured as a result of the statements made by Gnanasara Thero or because they concealed a file in 2017 that contained information regarding Zahran," Sudaththa Thero said.

He pointed out that no action had been taken against the politicians who had direct or indirect links with Zahran and that there were no recommendations against those who had provided political and financial support to Zahran.

Ven. Sudaththa Thero requested the President to disregard the recommendations submitted by the PCoI and to allow the CID to conduct further investigations.