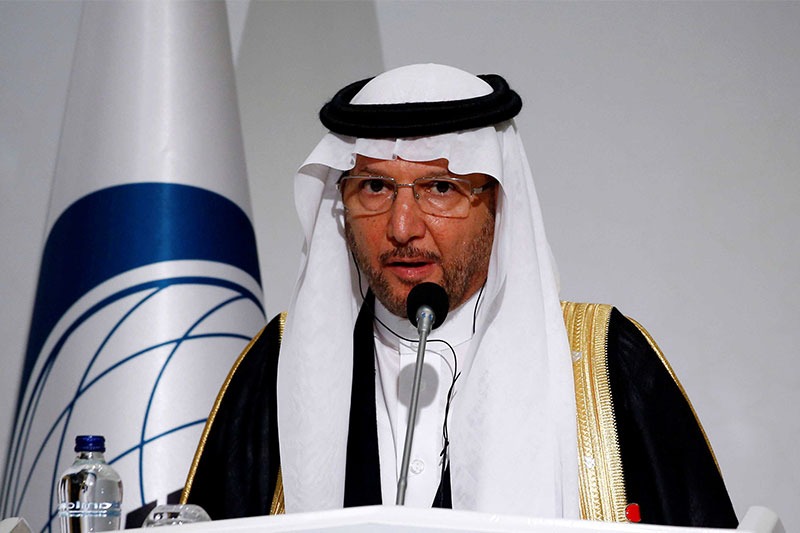 The Organisation of Islamic Cooperation (OIC) raised the issue of Sri Lanka’s mandatory cremations of COVID-19 victims at the 46th session of the United Nations Human Rights Council (UNHRC) in Geneva on Tuesday.

The Secretary-General of the OIC, Yousef Al Othaimeen addressing the sixth meeting of the High-Level Segment of the 46th session observed that the OIC is monitoring the situation of Muslim communities in non-OIC members.

“In this regard, the OIC is concerned with the situation of the Muslims of Sri Lanka, as they are denied the right to be buried, the bodies of the Covid victims following the Islamic rule while adhering to the guidelines of the WHO. The OIC urges the Government of Sri Lanka to take swift action to guarantee and respect the right of burial of the Muslim community,” he said.

Speaking on the freedom of religion, Al Othaimeen said that the OIC firmly supports international efforts and the global policies geared towards fighting religious intolerance, stigmatisation, discrimination, incitement to violence and violence against persons based on religion or belief, as underlined in the Human Rights Council Resolution 16/18 and 66/167 of the UN General Assembly.

"These resolutions provide for various substantive actions to address the concerns related to freedom of religion. In line with this conviction, the OIC has launched, in partnership with other stakeholders, many inter-religious dialogues such as the Buddhist-Muslim dialogue, the Muslim-Orthodox dialogue and is engaged in many activities aiming at reinforcing respect for cultural diversity and freedom of belief, exploring avenues of understanding between Muslims and non-Muslims and promoting the precepts of tolerance, coexistence," he added.

Meanwhile, during the Interactive Dialogue on the High Commissioner’s Presentation of Sri Lanka Report, the United States said today (25) that they shared OHCHR’s concerns and urged Sri Lanka to make public a strategy and timetable for implementation of the report’s recommendations.

"We are concerned by accounts of increasing marginalization of minority communities and shrinking space for civil society, including independent media. We remain concerned about the lack of accountability, including high-level appointments of military officials credibly accused of conflict-era abuses," the US representative said.

The US stressed that the Sri Lankan government’s efforts to address concerns raised in OHCHR’s report via a domestic process need to be meaningful and credible.

"We note that the Sri Lankan Commission of Inquiry does not include a mandate to pursue accountability, and that the Office of Missing Persons and Office of Reparations need to operate without political interference. We note that respect for the human rights of all Sri Lankans is critical to Sri Lanka’s long-term peace, security and prosperity, and call on the Sri Lankan government to take meaningful, concrete steps to promote accountability, justice, and reconciliation."