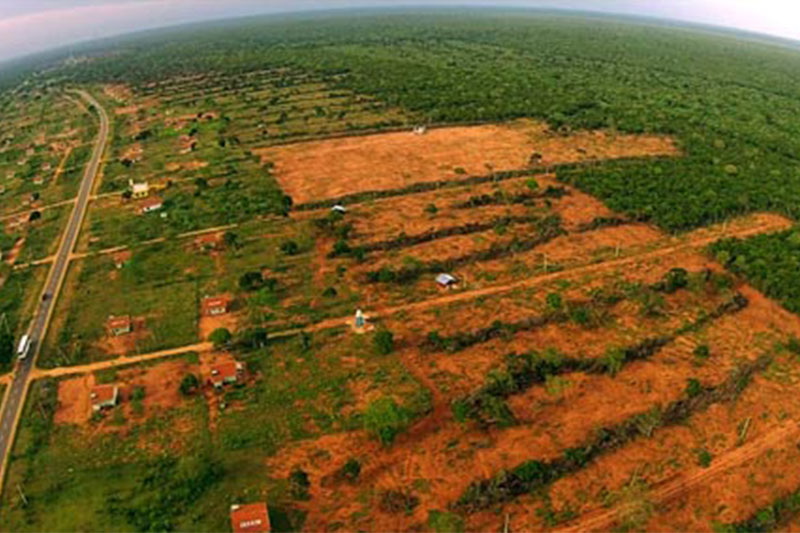 One of Sri Lanka’s largest biodiversity zones, the Wilpattu National Park, is slowly but steadily being denuded which will cause irreversible damage to the fragile ecological

balance of the uniquely placed island nation, activists have warned for long.

The Centre for Environment and Nature Studies (CENS) in Sri Lanka has pointed out that the park’s buffer zone is further being destroyed with the connivance of the politicians for the cultivation of a plant used in beauty culture.

CENS says the buffer zone is being cleared for an Aloe Vera plantation. According to them and other activists, the deforestation activity is going on unabated in the Rajanganaya area in the Wilpattu Park’s buffer zone.

The Centre has assessed that up to 13,000 acres of forest land could have been destroyed.

The park’s buffer zone has been cleared for “an Aloe Vera plantation, a research institute, a big playground, a farm, and an industrial zone,” Karyawasam said.

As early as last year, part of the buffer zone was illegally destroyed for creating a pond, he pointed out.

According to him, CENS has conducted an assessment of the damage caused to the environment and biodiversity due to deforestation and Aloe Vera planting on February 19.

Although Sri Lanka has strict laws on protecting its biodiversity, activists said that it only exists on paper, noting that in utter disregard to the laws, the Wilpattu National Park is being destroyed with the tacit support of the politicians.

Research has shown the National park is home to 41 species of mammals, 29 species of fish, 17 varieties of frogs, and 149 different species of birds, he observed.

As per CENS data, the area where the Aloe Vera plantation is planned now is home to elephants and other animals.

“Clearing the jungle where a large number of elephants live as herds and roam freely will seriously affect the livelihood of the elephants and also put the lives of the people in danger, as the pachyderms will enter human settlement areas searching for food and create a human-elephant conflict,” he noted.

The areas around the Rajanganaya village are popular elephant treading tracks.

Locals and activists who have visited the area said that the water bodies in the Wilpattu National Park are being covered with sand enabling the facilities for growing Aloe Vera.

“In the absence of immediate action to stop deforestation in Wilpattu, Sri Lanka’s ecological balance will be seriously affected which will have a chain reaction,” Karyawasam warned.