Democracy cannot be established in a country without a proper, functioning public service, the Chairman of the National Movement for Social Justice Deshabandu Karu Jayasuriya said.
He made this observation addressing the Conference on the Protection of Public Service on Thursday (18).
The former Speaker pointed out that the current deterioration of the entire public service is a result of the efforts to politicise it.
Commenting further, he said; 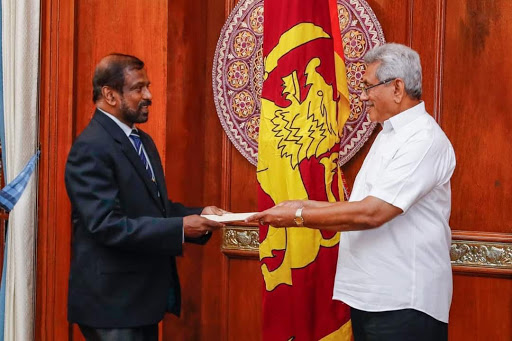 "Today, allegations are levelled from various quarters regarding the militarisation of the public service.
With regard to modern democracies, the civil service and the public service operate independently devoid of partisan politics or subjected to the authority of a single person.

Although governments may change in those countries, their policies will remain unchanged.
At the same time, a country's security forces are deeply committed to protecting the nation's national security interests and its sovereignty. Towards this end, their responsibilities and commitments are unparalleled.

That responsibility dictates their absolute loyalty to the state. In that sense, Sri Lanka is a democratic republic based on the sovereignty of the people.
There are many good examples we can take from powerful democracies, such as the United States, India, Great Britain, France and Germany who have also built some of the world's most powerful economies.

All those countries have powerful armed forces. In terms of military power, they all rank between the top ten countries in this regard.

However, each of those countries has struck the right balance between the civil service and the military service within its respective boundaries, while conforming to the basic principles of democracy.
Therefore, any issues we are facing today should be resolved amicably for the benefit of the country.
In order to move the country forward in a positive manner, all stakeholders of the public service must work in unison within their respective boundaries.
If one party considers itself to be superior to another, it will only demotivate the others. The government should avoid committing this mistake.

As a person with a military background as well as having served as the Minister of Public Administration and Home Affairs on two occasions, I can responsibly state the strengths and roles of both these fields.

If we take a look at the recent history of the public service, it is evident that some have become heavily politicised.

Some high-ranking officials have even attended conventions of political parties.

Some officials had close relationships with politicians while some engaged in subversive activities.

I am only referring to a few officials who were heavily involved in such transgressions.

Although they are silent now, they should be held responsible.
Be that as it may, it must be stated that the vast majority of public servants are competent and highly dedicated to their service.
I can personally vouch for their capabilities.
However, the current government has been unable to utilise their potential due to various reasons.

The appointment of partisan officers for various assignments has been one of the reasons for the breakdown of many services that affect the lives of the people.

We must not forget the exemplary service rendered by the Armed Forces and the Police, including the Sri Lanka Army. 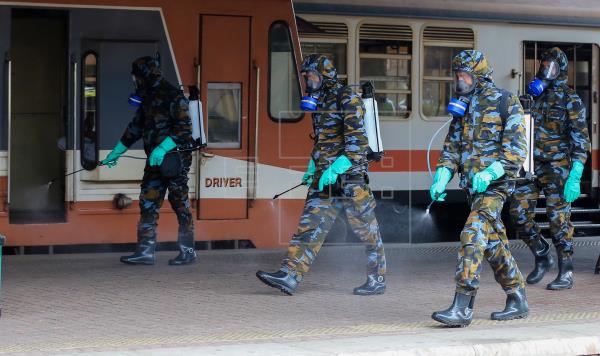 "We must appreciate their excellent service in the fight against the Covid-19 pandemic" - Karu Jayasuriya
I would like to draw the attention of the authorities to a number of instances in which relief has been provided to the country and the people by the public service, including the military service, in recent times.

As a Minister, I too have been able to assist some of these initiatives mentioned below.

280 lives were lost due to a great deluge and landslides that engulfed five districts in 2003.

Around 43,000 houses were partially or completely damaged.

Hospitals, schools, government offices, bridges, and roads were decimated by this catastrophe.

Many countries including the United Nations stepped forward to assist us immediately.
We were able to restore people's everyday lives within six months due to the coordinated efforts of the public service and the military. Sri Lanka's success in this regard was also praised by the international community. Other countries soon followed suit.

Preliminary work pertaining to the Disaster Management Act was launched after that.

It is with great pride that we recall another important occasion.

The Ministry of Public Administration and Home Affairs was entrusted with the task of restoring the lives of the people in the Eastern Province within 180 days after the Armed Forces liberated them.

Although all sectors including schools, government offices, hospitals, police stations, fisheries and agriculture industries had collapsed, the mutual understanding between the the public service and the military and their coordinated approach ensured that the people were able to resume their daily lives under 180 days.
Movie theaters resumed operations. The youth came out to the beach at sunset.
Finally, a charter was handed over to the Secretary to the President at a ceremony held on behalf of the President signalling the restoration of people's lives after singing the national anthem in Tamil.

The year 2007 also heralded another revolutionary change in the public service.

The functions of Divisional Secretariats and Government Agents were completely reorganised.

Government officials volunteered to show up on weekends to clean their offices, to paint and to plant flowers. They also published the amount of time they spent on such initiatives on the notice boards at their respective offices.

Some tasks which could have taken days or weeks were completed in a day and in some cases, within a few hours. This was greatly appreciated by the people of the country.

Therefore, some of our Divisional Secretariats and offices of Government Agents have been praised both locally and internationally.

Selecting the right person for the job

We mentioned these points to emphasise the importance of assigning duties to appropriate officers.

At present, the government is in complete disarray due to the improper management of duties.

There are services that civil servants are capable of executing but not the military.

At the same time, there are certain services only the military can provide.

If they realise this fact and take necessary steps to address these shortcomings, they can alleviate some of the issues people are faced with.

Certain inherent processes pertaining to Customs, Agriculture, Education, Social Services, Health Services and local administration should not be amalgamated.
Democracy cannot be established in a country without a proper, functioning public service.
The government needs to understand this fact.

If they fail to realise this, a dictatorship will emerge.

We see those signs now.

We are gathered here today to stop the decay of the civil service and to act wisely in order to protect it.

I sincerely hope that these ideas and suggestions submitted by us will be brought to the attention of the relevant authorities."