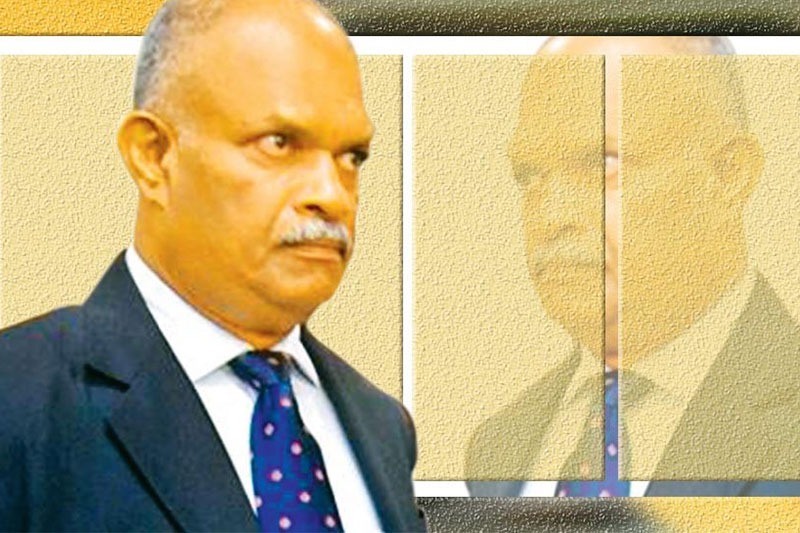 Not even one full day after political prisoner Shani Abeysekara underwent heart surgery at the Colombo National Hospital, the government has overruled medical advice, and ordered to stop treatment immediately and to send him back to prison.

The order came this morning from new Acting Health Minister Prof. Channa Jayasumana, a medical doctor sworn to save lives, who has decided instead to help Gotabaya Rajapaksa to destroy the lives of those who exposed his crimes.

Shani Abeysekara was infected with Covid-19 while imprisoned in Mahara last November. After he tested positive, the Rajapaksa government did not send him to a hospital, but instead sent him to a series of army camps in Polonnaruwa.

Despite an order by the Human Rights Commission of Sri Lanka, the government refused to transfer the former CID Director, and Sri Lanka’s most respected police officer, to a hospital.

He is the only Covid patient in the world who was forced to travel 600 - 700 kilometres in a single day. Even when Shani suffered a heart attack while on the way to Polonnaruwa, they still refused to take him to hospital.

It was only when a group of brave professional doctors in Polonnaruwa and Colombo stood up and refused to be party to allowing Abeysekara to be killed that then Health Minister Pavithra Wanniarachchi overruled the military officers who tried to deny medical treatment to Shani, and on Friday, 27th November, ordered that Shani be admitted to the Infectious Diseases Hospital (IDH) in Angoda.

Gotabaya Rajapaksa was so angry with his Health Minister for saving Shani’s life that he immediately issued a gazette stripping her of her powers and giving them to Sudarshani Fernandopulle. But the Health Service itself remained under Wanniarachchi by law, and she continued to support doctors who insisted on giving medical treatment to Abeysekara. After he recovered from Covid-19, he was transferred to the National Hospital to receive treatment for his heart condition after suffering a heart attack in government custody.

Ever since he got to the National Hospital, doctors were under massive pressure to discharge him and send him back to prison, without allowing him to receive medical treatment. However, hospital staff refused to succumb to political pressure and continued treating him, with the support of Minister Wanniarachchi.

Now that Health Minister Wanniarachchi herself was suffering from Covid-19, Gotabaya Rajapaksa took advantage of the situation as an excuse to appoint his Viyath Maga lackey Channa Jayasumana, a so-called medical doctor who believes in 'Dhammika Paniya', to be ‘Acting’ Minister of Health.

Within days, instead of saving lives, like a doctor is meant to do, he is helping Gotabaya to harm Shani’s life.

Today, Shani Abeysekara is paying the price for being an honest police officer who exposed the crimes of Gotabaya Rajapaksa, his death squads and his dealmakers. But when these so-called “professional” killers finish taking over the country and eradicating honest police officers, it is the rest of us who will then have to pay the price.

It is high time for doctors, police officers, religious leaders, professionals and civil society to stand up and prevent such wicked crimes against public servants who discharged their duties efficiently, honestly and independently.