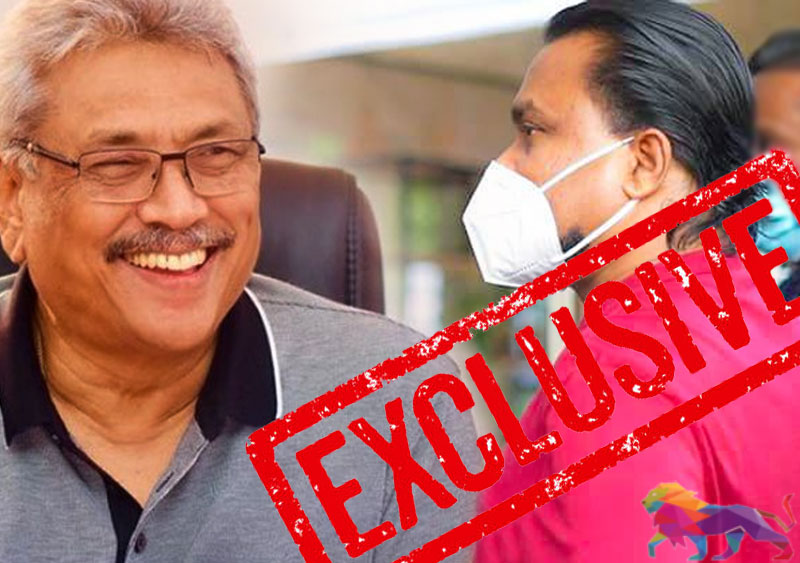 It is reported that the representatives of 12 parties of the ruling coalition including Minister Wimal Weerawansa are scheduled to call on President Gotabaya Rajapaksa later today (19).

Representatives of all parties of the government except the Sri Lanka Podujana Peramuna (SLPP) will participate at this meeting where they plan to request the President to consolidate political power around him.

At a time when SLPP National Organiser Basil Rajapaksa and Industries Minister Wimal Weerawansa are at loggerheads, it is quite peculiar that the representatives of these parties including Wimal will call on the President as a group.

The row between Basil Rajapaksa and Wimal Weerawansa was centered on the dispute pertaining to the government's role in the Eastern Container Terminal issue.

The most recent incident was a special discussion Minister Weerawansa had arranged at his official residence where he had invited 10 parties affiliated to the ruling coalition to discuss the possibility of taking action against the government if they went ahead with the decision to handover the Eastern Container Terminal to an Indian company.

At the same time, SLPP heavyweights shot back at Wimal Weerawansa and accused him of violating the collective responsibility within the Cabinet and the Government.

In particular, SLPP General Secretary Sagara Kariyawasam held a press conference at the party headquarters and noted that Weerawansa should have been mindful of the convention of collective responsibility.

The cold war within the government came to the fore after Minister Wimal Weerawansa gave a controversial statement to a weekend newspaper.

In his statement to the 'Sunday Lankadeepa', he declared that President Gotabaya Rajapaksa should take over the leadership of the SLPP, pointing out that it was unfair by the President to keep him out of the party leadership and stuck at the President’s Office separated from those constituent partners of the ruling coalition and the rank and file.

It is reported that Basil Rajapaksa is deeply concerned by the support extended by the Sri Lanka Freedom Party (SLFP) to the group led by Wimal Weerawansa.

Accordingly, SLPP National Organiser Basil Rajapaksa has expressed his views on this matter during a cordial discussion with former President Maithripala Sirisena at the latter's official residence in Colombo.

During the discussion, Minister Mahinda Amaraweera had inquired from Basil Rajapaksa about the Presidential Commission of Inquiry probing the Easter Attack.

"We hear that the Commission has also targeted our leader. No point in telling this to the President or the Prime Minister. You must look into this. These are unnecessary problems," Minister Amaraweera said.

Basil replied with a smile stating, "Where is Dayasiri? He is attacking me with that group."

It is reported that all those who were present excluding the former President and Dayasiri Jayasekara, had assured Basil Rajapaksa that they will sort out the matter.

"You have a meeting with the President too, right?" Basil had inquired from Dayasiri Jayasekera.

"Yes, the President has asked Wimal and the group to come meet him on Friday. Everyone will go," Jayasekera said.

At that moment, Minister Amaraweera had said, "Ok, we will not send Dayasiri. But please take care of President Maithripala."

However, when we inquired about this from former Minister Basil Rajapaksa, he said he is happy that Wimal and his group will be meeting the President, adding that it was crucial.