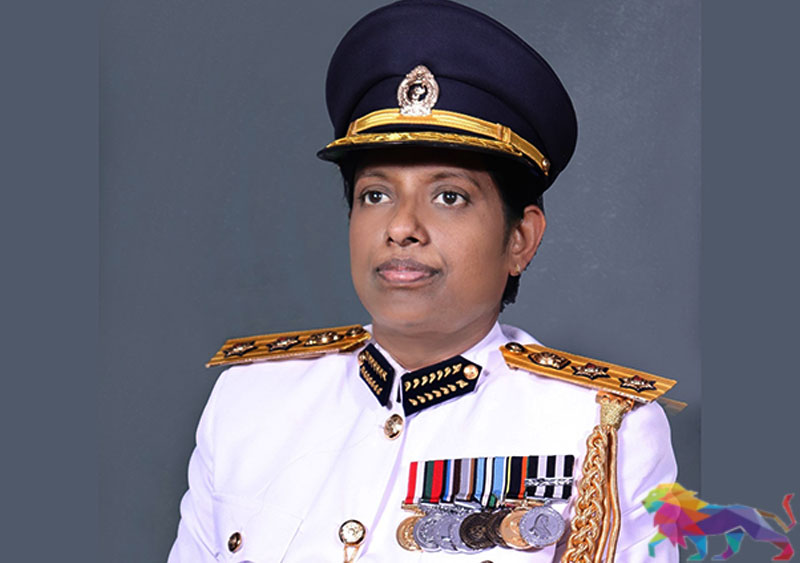 It is reported that a group of Police officers are conspiring to nullify the recent appointment of the first woman Deputy Inspector General (DIG) of the Police Department.
Bimshani Jasin Arachchi was promoted to the rank of DIG and appointed as the Head of the Police Welfare Range by the National Police Commission in October, 2020.
However, a fundamental rights petition has been filed in the Supreme Court seeking to nullify her promotion.

32 Senior Superintendents of Police (SSPs) including SSP Ruwan Gunasekera have filed a petition citing the appointment was contrary to the standard promotion procedures for senior police officers.

The petition also states that the regulations with regard to the appointment of women to the post of DIG do not provide for the use of the word 'women and as such, women cannot hold the post of DIG.

The Inspector General of Police, National Police Commission and the Attorney General have been named as respondents.
Associates of the IGP?
According to sources from the Police Department, one of the SSPs' leading the efforts to nullify DIG Bimashani's appointment is said to have operated outside the law pertaining to case related to Namal Rajapaksa during the 'good governance' administration while another SPP was transferred in connection with an incident related to the Easter attacks.

Furthermore, one of them was accused of instructing the Negombo Police HQI to fabricate false evidence in connection with the case former Superintendent of the Negombo Prison Anuruddha Sampayo.

While these two senior officers are featured prominently with regard to the promotion and transfer processes in the Police Department, it is said that many high ranking police officers are disappointed with their actions.

The two have also been accused of creating rifts between the Attorney General's Department and the Police Department.

However, since the two SSPs are considered to be close associates of the IGP, the Police Department is giving them preferential treatment, the sources added.