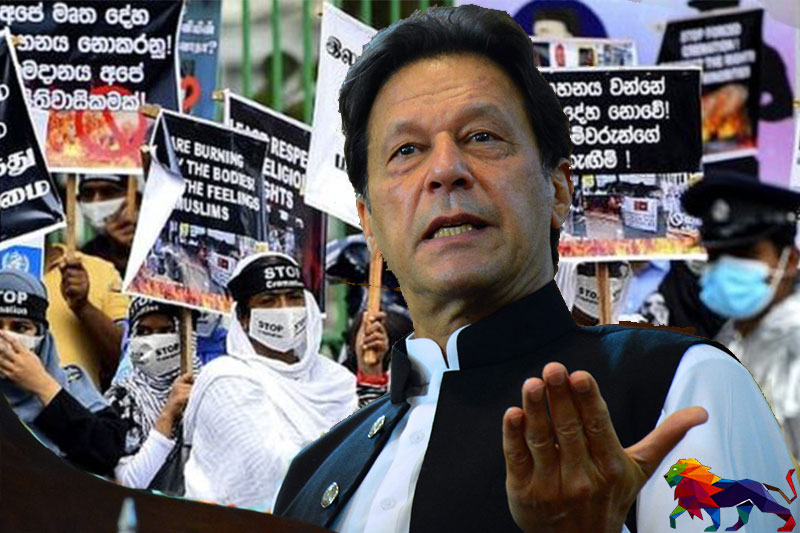 It is reported that the Muslim political parties in Sri Lanka have decided to stage a mass protest in front of the Presidential Secretariat if the government fails to issue a gazzette notification granting permission for the burial of Covid-19 victims before February 23.

The protest is scheduled to be held on the same day of Pakistani Prime Minister Imran Khan's maiden visit to Sri Lanka.

Prime Minister Khan is expected to hold bilateral discussions with key government officials and party leaders. He is also scheduled to address the Sri Lankan parliament and will become the third Pakistani head of state to do so after former President Gen. Mohammed Ayub Khan (1963) and Prime Minister Zulfikar Ali Bhutto (1975).

Leaders of Muslim political parties had called on the Pakistan High Commissioner and informed him that if the government of Pakistan fails to protest against the mandatory cremation policy and extends its support to the Sri Lankan government in international fora, they will stage a protest on the day the Pakistan Premier is scheduled to arrive in the island.

"I urge the international community to listen to the determined, courageous, persistent calls of victims and their families for justice, and heed the early warning signs of more violations to come,” Bachelet said in a damning report highlighting the deteriorating human rights situation in Sri Lanka.

With Sri Lanka likely to be featured prominently at the 46th session of the UNHRC, diplomatic sources said that the government is making a concerted effort to secure the support of member states including Pakistan.