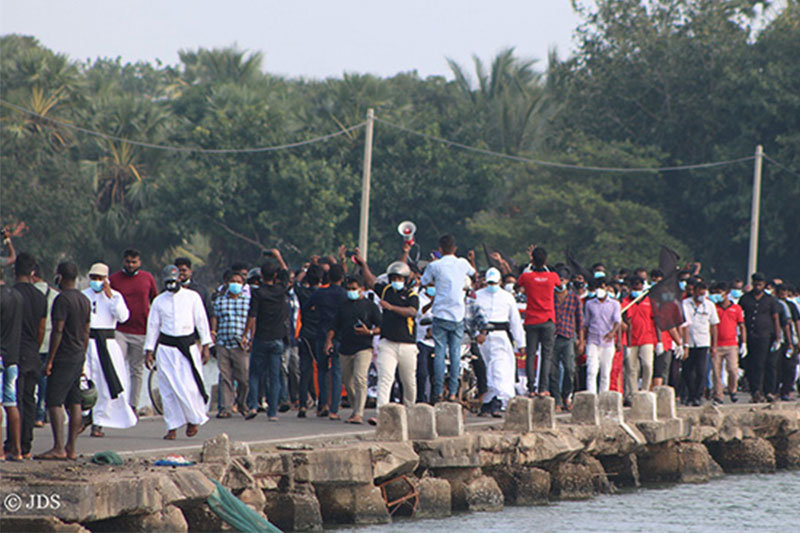 Protesters on a peaceful march from the east reached the northern parts of Sri Lanka despite legal and illegal measures to hamper its progress.

The four-day P2P march from the eastern town of Potuvil to Polikandy in northern Jaffna peninsula came under attack on its third day by unidentified persons who hurled stones and placed nails on the roads.

Velan Swamigal, pontiff of the Sivagiri Ashram in Jaffna marching with Tamil and Muslim protesters says his vehicle along with others were attacked with stones while passing the Sinhala settler colony Sirimapura in Trincomalee and many vehicles got punctured due to nails on the road near Pulmoddai as they proceeded from east to north.

"There was an attempt to set fire to the vehicle in which Ananthi Sasitharan and Sivajilingam travelled. They came with a can of petrol," said S. Sivayoganathan, the president of Batticaloa District Civil Society Forum.

"If the people around them hadn't stopped them, they could have even been killed," he said.

Seeking democracy, civil rights, return of grabbed lands, the fate of forcibly disappeared, the burial rights of Muslims, the release of political prisoners and to increase the daily wage of plantation workers to Rs.1000, the third day of the march started from Trincomalee town with huge numbers participating and thousands of bystanders applauding. 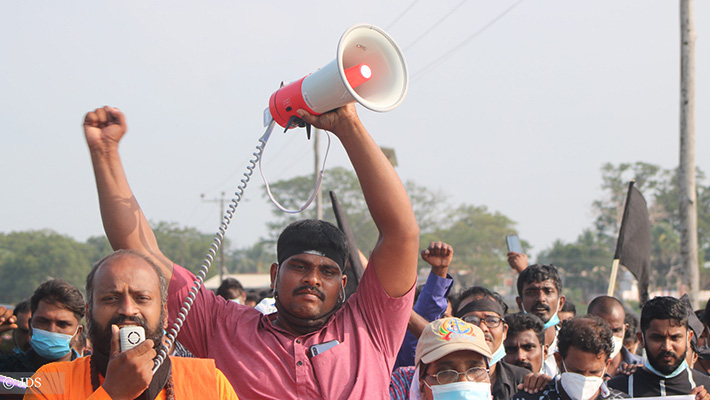 While the convoy was proceeding from Kuchchaveli towards Pulmoddai junction, 'miscreants and unruly' elements targeted the vehicles and attacked them.

Nails and screws were strewn across the road that goes past a military checkpoint near the Yan Oya bridge surrounded by Sinhala colonies.

"Their clear intention was to obstruct our journey and we strongly condemn it. The people in Sri Lanka, the international community, and the diaspora should take note of this," Velan Swamigal told local media at the place where their vehicles got damaged.

He says the fight is for democracy and it is not against any individual.

"Our fight is not against any language, religion, or ethnicity. It's a protest against injustice, intolerance, arrogance, and unethical policies".

The pontiff also appealed to people who did such wrong acts to join them to protect democracy.

''All Tamils should join this march in more numbers in a show of solidarity which would pave way for a new dawn for Eelam Tamils" he said while displaying a piece of stone which he says was hurled at the vehicles. 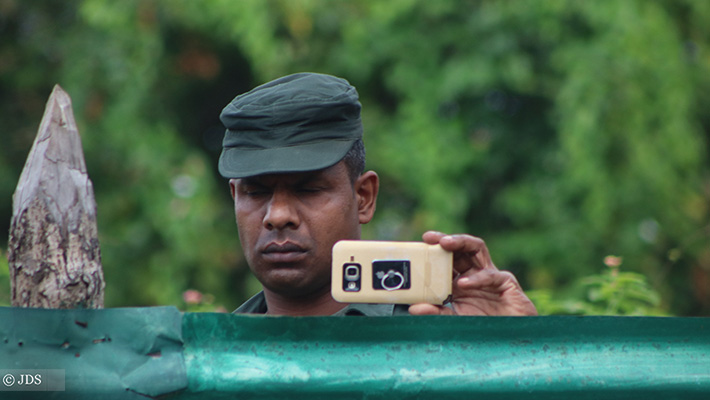 Parliamentarian Shanakiyan Rasamanickam assured journalists at the scene that the attacks were neither by Tamils nor Muslims.

“These cheap tactics were employed to damage our vehicles. We know well who did this. But we would like to tell them, our journey from Pottuvil will stop only after we reach Polikandy,” he said.

After reaching Mullaitivu, the protesters held a solemn memorial near the final killing-field at the northeast coast in memory of those who died during the final war in May 2009. 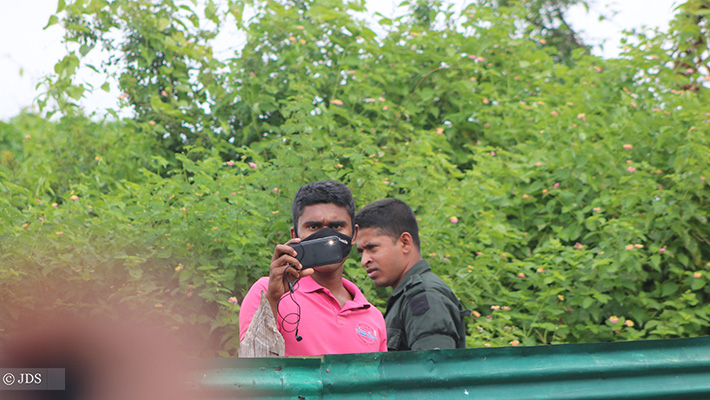 “One country, one law”

Judges in Jaffna and Mallakkam refused to ban the march while police moved courts in Mannar and Vavuniya to hand down restraining orders.

Police told courts that the protest march posed the risk of COVID-19 spreading.

However, police did not object a public rally in Jaffna with the participation of hundreds of children, organised by State Minister Dayasiri Jayasekara in opposition to the Tamil and Muslim P2P march.
(Source: JDS)
Related News:
P2P peace march sees swelling numbers on day two