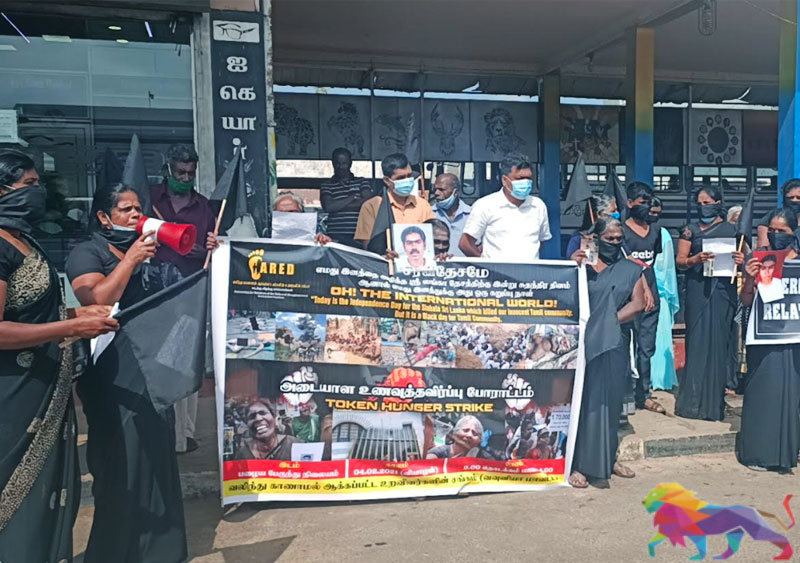 As Sri Lanka observes its independence day, war-affected Tamils continued their second day of the Potthuvil to Polikandy march.

On a clear and sunny day, significantly high numbers joined the march known as #P2P to signify the starting and endpoints,  led by Velan Swamigal of the Sivagiri Mutt in Jaffa.

Chrisitan clergy and Hindu priests joined the march along with representatives of the civil society and human rights activists.

They were stopped by the police and informed that a local court has issued restraining orders on 8 persons and as such, could be arrested if they were to participate.

However, the police had informed that the peace march could go ahead without disturbing traffic.