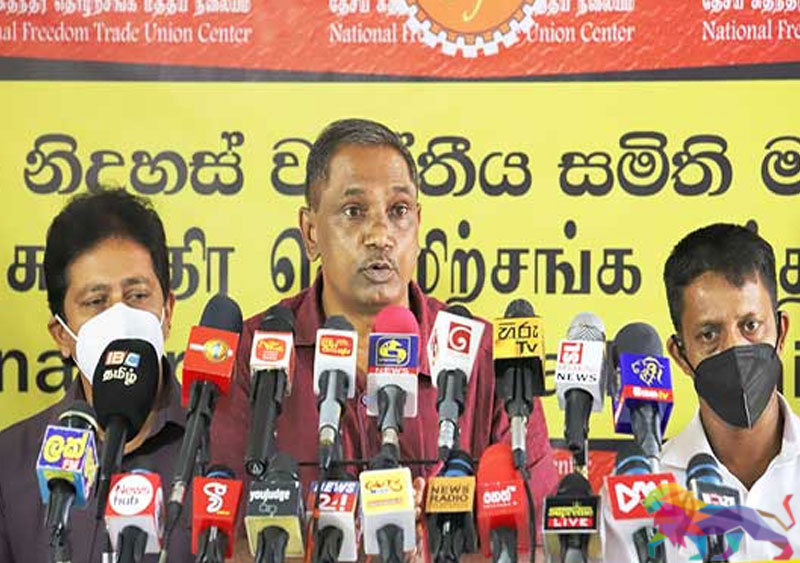 The National Freedom Trade Union Center (NFTUC) has raised suspicions about the possibility of certain members in the incumbent government receiving kickbacks from the Adani Group of India.
The National Organiser of the NTFUC, Karunathilaka Herath made this observation at a press conference held on Saturday (30).
voice cuts · JNP HERATH 01

The NFTUC is affiliated to the National Freedom Front (NFF) and called for a press conference yesterday to brief on the Colombo Port's East Container Terminal (ECT) issue.

The allegations levelled by Karunathilaka Herath comes in the wake of reports on social media which stated that both members of the government and the opposition are receiving monthly wages from the Adani Group of India and as a result, are acting according to the whims and fancies of the Indian conglomerate.

However, it is now being revealed how the Chinese Yuan played a role behind the spate of protests that were initiated against the government's move to bring in Indian investment for the development of the ECT.