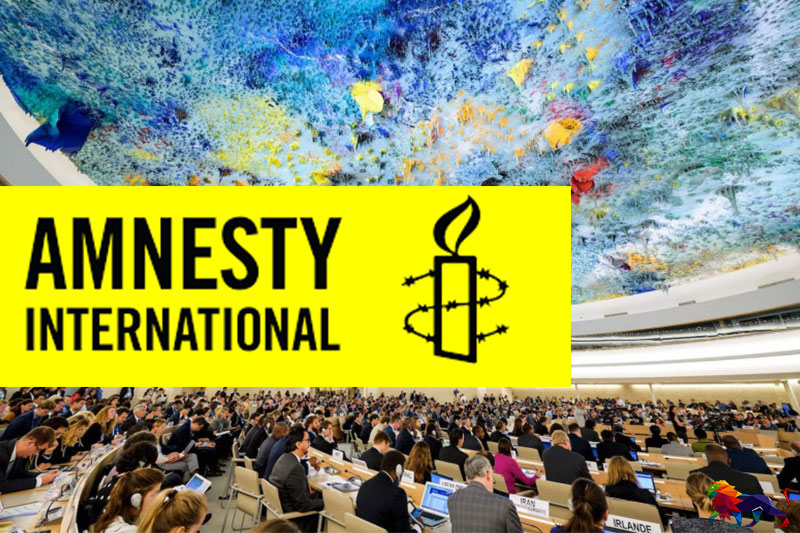 Amnesty International has called on the United Nations Human Rights Council (UNHRC) to take urgent steps to address the worsening human rights situation in Sri Lanka following the release of a damning UN report on the country’s efforts to ensure accountability for crimes committed during the civil conflict.

A new UN report published on Wednesday (27) warned that the failure of the Sri Lankan government to address past violations has significantly heightened the risk of human rights violations being repeated.

Among the early warning signals the report highlights are: the accelerating militarization of civilian governmental functions, reversal of important constitutional safeguards, political obstruction of accountability, exclusionary rhetoric, intimidation of civil society, and the use of anti-terrorism laws.

"This report lays bare Sri Lanka’s abject record on delivering justice and accountability and the decaying effect this has had on human rights in the country. The seriousness of these findings highlights the urgent need for the UN Human Rights Council to step up its efforts in Sri Lanka,” said David Griffiths, Director of the Office of the Secretary General at Amnesty International.

The UN report, which accuses Sri Lanka of being in a ‘state of denial about the past’, details how the failure of domestic mechanisms has further entrenched impunity, exacerbating victims’ distrust in the system.

"Among a litany of failures, the report addresses the rollback of 2015 reforms that offered more checks and balances on executive power, the erosion of judicial and institutional independence, and the failure to reform the security sector and remove and hold to account those responsible for alleged grave crimes and human rights violations," Amnesty International said.

Amnesty International noted that for more than a decade, domestic processes have manifestly failed thousands of victims and their families.

"Given the government’s decision to walk away from resolution 30/1, and regression on the limited progress that had been made, the Human Rights Council must send a clear message that accountability will be pursued with or without the cooperation of the government,” the rights watchdog said.

In February 2020, the Sri Lankan government announced that it would no longer cooperate with the UNHRCs landmark resolution 30/1, which promotes reconciliation, accountability, and human rights in the country, and would instead pursue its own reconciliation and accountability process.

Amnesty International also noted the regression in other human rights areas highlighted in the UN report, including the increasing marginalisation of Tamil and Muslim minorities, fuelled by divisive and discriminatory rhetoric from state officials, and a shrinking space for civil society, including independent media.

"Divisive and discriminatory rhetoric from the highest State officials risks generating further polarization and violence. Sri Lanka’s Muslim community is increasingly scapegoated, both in the context of COVID-19 and in the wake of the Easter Sunday attacks of April 2019," the UN report said.

Amnesty international urged the UNHRC member states, to present a meaningful proposal that responds credibly to the damning findings and concrete recommendations of this UN report, by putting the Sri Lankan government under proper scrutiny and once again working towards an accountability process agreed at the international level.

"UN member states should learn from past experience, and this time heed the early warning indicators identified by the UN’s top human rights official,” AI Director David Griifiths said.
The Human Rights Council will meet for its 46th session from 22 February to 23 March, during which Canada, Germany, Montenegro, North Macedonia and the UK – the current core group of states leading on Sri Lanka – are expected to present a resolution in follow-up to the OHCHR report.
Related News:
Sri Lanka on alarming path towards recurrence of grave human rights violations – UN