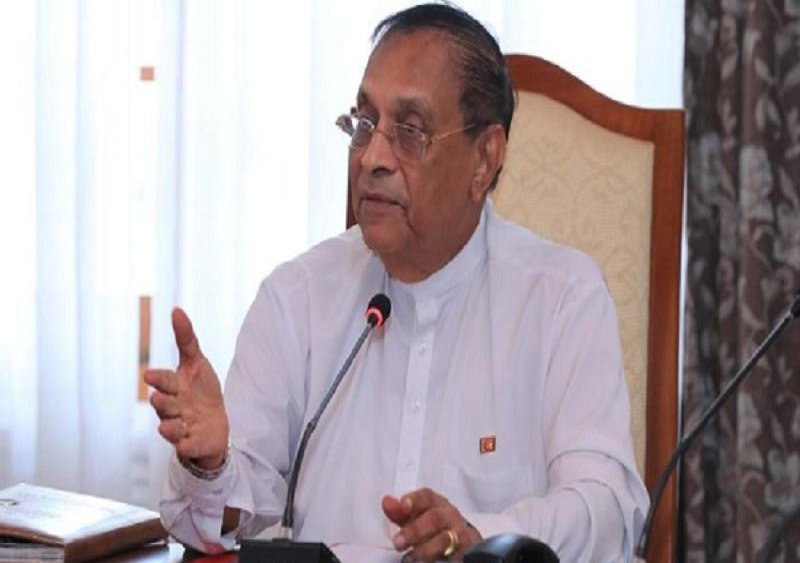 At least 117 journalists have been killed or have disappeared since 1981 and an innumerable number have been subjected to great repression, the Chairman of the National Movement for Social Justice (NMSJ) Karu Jayasuriya said.

The former Speaker made the remarks yesterday (26) at an event organised by the NMSJ to commemorate media personnel who had laid down their lives for media freedom.

"In recent times, we see a different media culture. Instead of attacking today, journalists are arrested after forcibly entering their homes, taking away their computers and harassing them. They are forced to make false statements. Some fabricate blatant lies to ensure the win of their favoured politicians. Character assasination has become common. They create racial and religious divisions. Religion has been made a commodity. As a result, we as a country are facing an unprecedented challenge. It is the next generation that will have to face the repercussions," he said.

Speaking further, he said that;

"Today we are fulfilling a national duty. The eminent journalists

we remember today have sacrificed their lives for us."

"According to reports, at least 117 journalists have been killed or have disappeared since 1981. An innumerable number have been subjected to great repression.

Remembering these incidents causes us great mental anguish. Is it possible that such cruel and inhuman acts could take place in a civilized country?

Today, you and I are gathered here to pay our respects to those great people. Or in other words to pay off our debts we owe them.

The last such commemoration ceremony was held five years ago in 2015.The then convener of the Free Media Movement, Mr Sunil Jayasekara is here today. Also, the late Mr. Saman Wagaarachchi also greatly supported this endeavour.

The National Movement for Social Justice would like to thank the team of journalists who proposed and organised this event today. They worked hard and made many sacrifices for it.

We are well aware of the plight of our journalists in the past. We recall how we sprung into action when journalists were shot at, when their homes and officers were bombed and when they were brutally assaulted. We have met some of the senior journalists here at some of those places. We are glad to see them here again.

Today, we were able to meet Dharmasiri Bandaranaike and several members of the group who were hospitalised after being assaulted at Kumbukgete, Kurunegala and artists who came under severe repression in Nittambuwa. They shed blood for a free and clean media.

Journalism is a dignified service. It is the duty of an impartial

journalist to provide truthful information to the public.

But today journalists have to submit to the orders

of certain newspaper chiefs. They are forced to fabricate

stories or to create lies out of the truth.

They are used to assassinate the characters of

certain individuals and to magnify the characters

of others. This is the media culture of some of

It is fortunate that still there are respectable journalists in our country who carry out their media mission in accordance with their conscience. We salute them.

We address you here today with a clear understanding of what has transpired. We must change this hypocritical culture. It is the duty of those here to lead that fight.

Knowing true and correct information is a basic human right. We did not win these rights easily.

We do not know to which extent that right will be protected under the 20th Amendment. But we will continue to stand for these rights.

We continue to move forward in accordance with

the vision put forward by Ven. Sobhitha Thera for

We are an independent, impartial civil society organization.

We do not have an ambition to create

But we have to protect the fundamental rights of the people of this country which were destroyed by the 20th Amendment. It is that dangerous

We kindly ask the authorities to not deprive the people of their right as we already see concerning signs.

We will stand up and fully commit ourselves to protect these rights for our future generation," Karu Jayasuriya said.