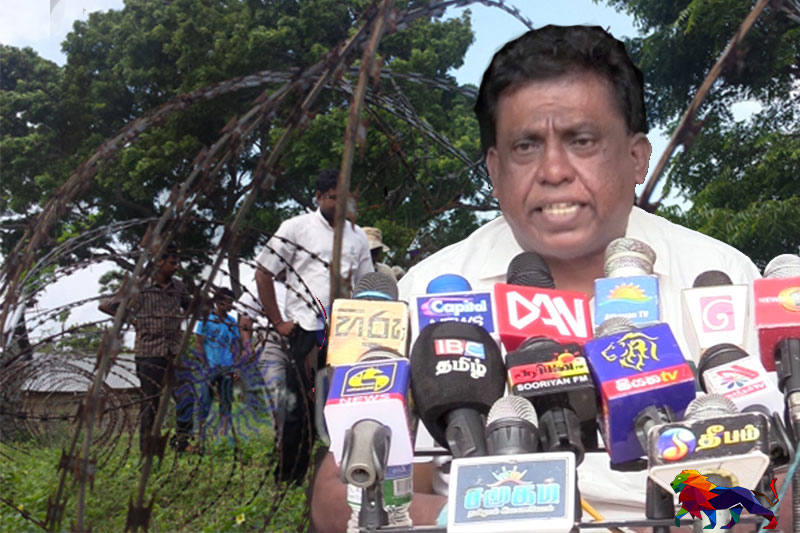 In the wake of continued efforts of land grabbing by the Sri Lankan security forces in the North and East of the country, nine Tamil parties have come together to fight it tooth
and nail.

Cutting across party affiliations and personal prejudices, these leaders who met at Jaffna have resolved to oppose the forceful land grabbing efforts by the government through the military, various departments, and other activities.

The leaders of these parties say consistent efforts of land grabbing leads to forceful eviction of Tamil people and fears those lands will be occupied by Sinhala Buddhists.

Former MP M K Sivajilingam says the aim of the government is to erase the Tamil identity and deprive the Tamils of their livelihood.

"The parties will jointly oppose all such efforts of the government in a united way and will involve other Tamil parties in the future too," he said.

EPRLF leader and former MP Suresh Premachandran while echoing similar sentiments said, “The land of the Tamils is not only grabbed in all places but in those places where Sinhala-Buddhist temples are being forcefully established. Maintaining an archaeological site is different and erecting new Buddhist temples, creating new Sinhala habitats is not an acceptable one."