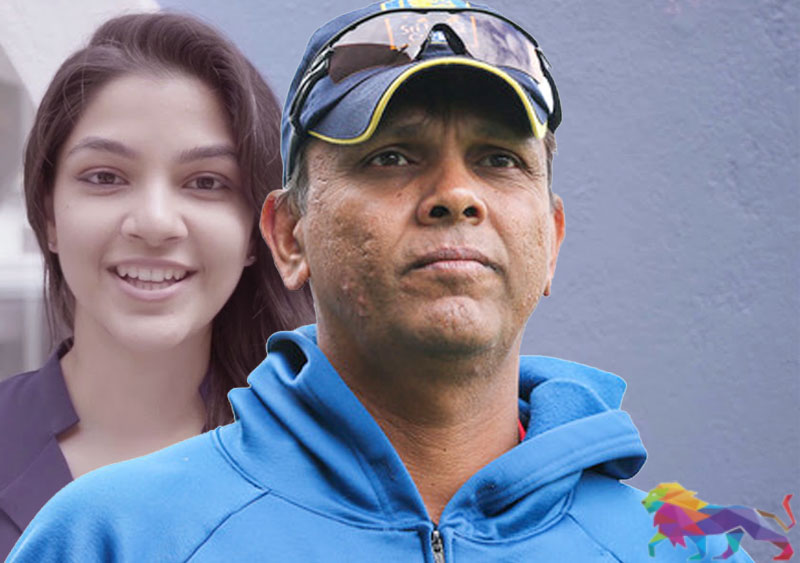 The appointment of Jerome Jayaratne as the new manager of the Sri Lanka Cricket team has become a hot topic in the the country due to the former being a close relative of Sports Minister Namal Rajapaksa.

Jayaratne is the father of Tatiana, the wife of Premier Mahinda Rajapaksa's youngest son Rohitha Rajapaksa.

Sri Lanka Cricket announced the appointment of Jerome Jayaratne as the new manager of the Sri Lanka Cricket team following the resignation of Ashantha de Mel at the end of the England tour due to personal reasons.

Accordingly, he will be the manager for Sri Lanka's tour of the West Indies in February.

Jayaratne currently functions as the Chief Cricket Operations Officer of the SLC and his appointment as the team manager is an interim measure, SLC said.

A career coach, Jayaratne previously held the position of Chief Operations Officer at the SLC  and had multiple stints as the national team's assistant coach. He has also served as an advisor to the national cricket team.

Though a capable seam-bowling all-rounder in his playing career, it is in the coaching field that Jerome Jayaratne has earned a reputation as one of Sri Lanka's best. Jayaratne began coaching at his alma mater, St. Thomas' College, in 1997. He played for the Sri Lanka A team as an all-rounder in the late 80s and early 90s and represented the CCC Sports Club.

Jerome Jayaratne has been divorced from Tatiana's mother Deirdre for almost 20 years now. After the divorce, he married Dilani and is the father of three teenage daughters.

Tatiana was a child at the time of the divorce. Until her marriage to Rohitha Rajapaksa, she lived with her mother in the Monarch Apartment Complex in Colombo.

Jerome Jayaratne is alleged to be a staunch supporter of the United National Party.

He also served as the head coach of national cricket team when Harin Fernando was the Minister of Sports.

Although the national team at that time was experiencing a rough patch after successive defeats before he took on the role of head coach, he was instrumental in guiding the Sri Lankan cricket team to victories over both Pakistan and South Africa.