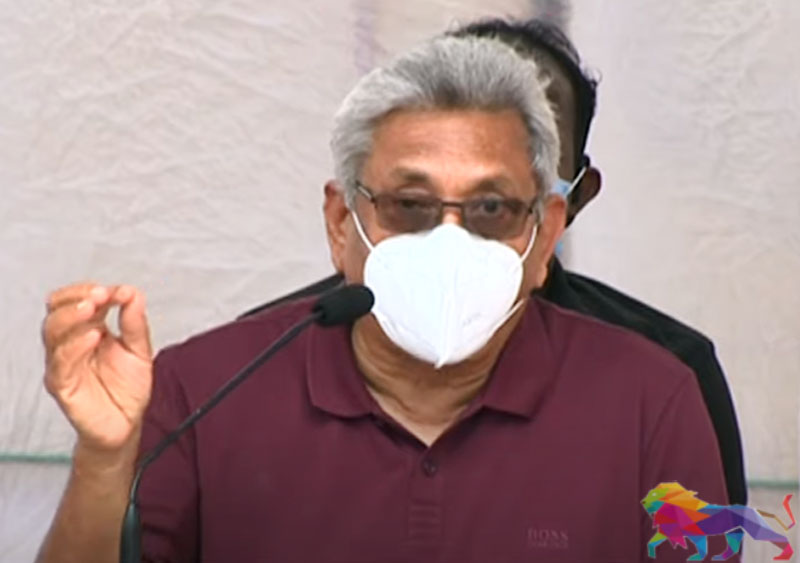 President Gotabaya Rajapaksa has stated that he would not hesitate to take strict measures to curb the corruption and fraud in the Department of Customs even by removing all officials.

Although he had appointed a retired Major General to oversee the Customs Department in order to eliminate corruption and fraud, he had not been able to satisfactorily meet these requirements, the President said at a 'Gama Samaga Pilisandara' programme held in Walallavita, Kalutara on Saturday (23).

"When I was elected, one of the biggest challenges before me was the corruption in this country. Let's take the Customs Department, a place that garners the highest number of allegations with regard to corruption. Most of these allegations are true. I appointed a military official as the Director General but things haven't turned out the way I expected. Therefore, I will take strict decisions in the future. I will fix it even if I have to remove every single Customs official," he stressed.

However, former Finance Minister Mangala Samaraweera's attempt to appoint a retired senior military officer to the post of Director General of Sri Lanka Customs in an effort to curb corruption during the 'good governance' administration proved futile and was met with strong opposition.

PSM Charles was reinstated as the Director General of Customs following a strike called by the Sri Lanka Administrative Service Association and the work-to-rule campaign launched by Customs' trade union alliance.

At that time, the then Mahinda Rajapaksa led opposition had also incited wholesalers in the Pettah market to launch a hartal.

However, when President Gotabaya Rajapaksa appointed retired Major General Vijitha Ravipriya as the Director General of Customs, there was no opposition from the Sri Lanka Administrative Service Association or the Customs trade unions.
Related News:
Red light to Customs Department