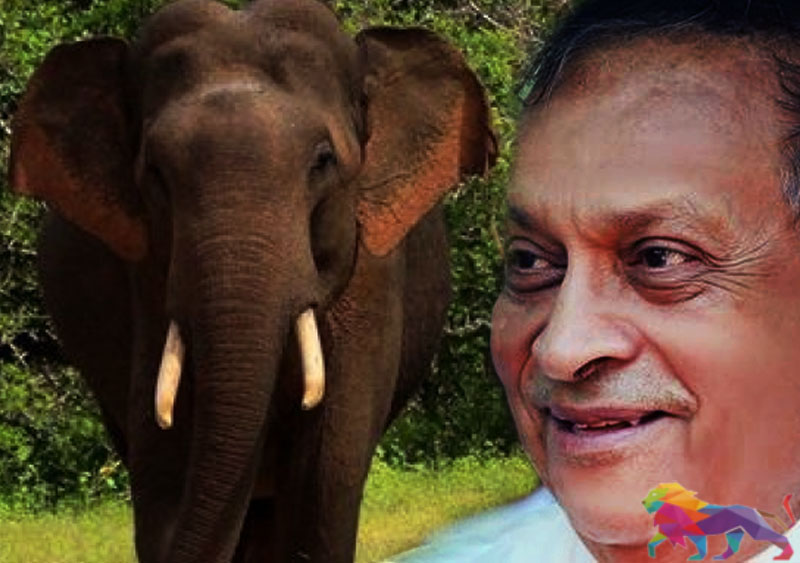 Sri Lanka has recorded the highest number of elephant deaths in the world due to clashes between elephants and humans with the island nation recording the second highest
number of human casualties caused due to the human-elephant conflict, the Chairman of the National Movement for Social Justice, Karu Jayasuriya said.

The former Speaker made these remarks while addressing a press conference in Colombo today (21).

"We are hearing many reports of the human-elephant conflict today. But looking at the consequences, it seems that we as a country need to be more vigilant and responsible about this.

We studied the valuable research papers and recommendations of Dr. Sumith Pilapitiya and Dr. Prithiviraj Fernando, who are eminent scholars in this field.

It is a serious problem that the authorities have continued to ignore the ideas and suggestions made by them.

As a result, Sri Lanka has become the country with the highest number of elephant deaths in the world due to clashes between elephants and humans. Not only that, Sri Lanka has the second highest deaths of humans caused due to the human-elephant conflict.

This information is illustrated by the studies conducted by Dr. AW Wijeratne, Dr. Prithiviraj Fernando and environmentalist Supun Lahiru, who belong to a group of eminent scholars in our country. As we have been informed, this situation has also come to the notice of a parliamentary committee.

Also, various governments that have come to power in this country over the past few decades have made various promises to the people regarding the human-elephant conflict. But nothing fruitful has come out of it since and we are not satisfied with the steps taken.

The authorities need to understand the impact of these issues highlighted by us on this country. 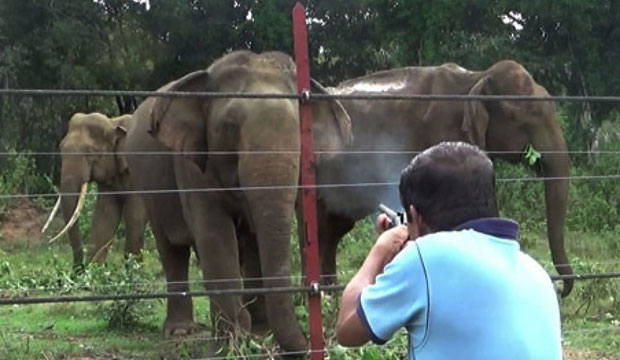 Also, the number of Divisional Secretariats where the human-elephant conflict is rapidly escalating is increasing annually at a record rate.

For example, the human-elephant conflict has spread from Hambantota in the South to the Madurankeni or Vadamarachchi East Divisional Secretariat belonging to the Jaffna District in the North.

It is reported that foreign delegations also visited Sri Lanka to study these matters. Sadly, not much attention has been paid to their opinions locally.

Therefore, we urge the relevant authorities to pay immediate attention to minimizing this ongoing devastation.

The views and suggestions of the leading scholars who have conducted research and studies in this field should be taken into consideration.

It is very important to use modern technology along with the ancient methods of the past. We also need to understand the reality we face as a country.

Today, 70% of the elephant's habitat is located in human - inhabited areas. This is why we have failed to restrict elephants to protected areas.

Therefore, it is difficult to face this problem without the use of a well-planned methodology.

At the same time, it is important to add permanent electric fences as well as temporary electric fences around the paddy fields to prevent damage to settlements and cultivation lands by elephants. In addition, it is also important to carry out these activities through community based participation projects.


The government should intervene in the construction of fences only when it is not possible to build them as a community initiative.

At the same time, compensation for physical and property damage to the public must continue to be paid. As far as we know, no compensation has been paid for crop damage.
Therefore, the government has to pay appropriate compensation for this damage.

Also, in order to rid the country from this problem, an action plan needs to be planned at the national level.

Ministries and departments belonging to all sectors such as the Wildlife Department as well as the District Secretariat, the Divisional Secretariat, the Grama Niladhari and the Agriculture should be involved in this matter.

We also hope that a successful solution to this problem will be found through the active involvement of the Army as they did in the past during various disaster situations faced by the country.

In addition, a Presidential Task Force should be created to provide the necessary facilities and guidance and to oversee the implementation of an official plan.

Only through such a joint process can the people of the country as well as the elephant resource be saved from this issue. We hope the government will pay attention to this.

At the same time, we hear about several large scale frauds being brazenly committed in this country without any hesitation or fear.

It is a pity to have to talk about such incidents. The public did not expect a government consisting of politicians who often made promises to the people about clean governance and clean financial governance would commit such acts.

It has caused deep embarrassment to the majority in this country.


One chairman of a government institution who was suspected of being either involved in or aiding such a massive fraud recently resigned. But even after that, he is still holding the post of chairman in another institution which comes under the purview of the President.

The government is not giving any explanation about the massive fraud of Rs. 10 billion that took place in this country with his involvement.

This is clearly a serious blow to the confidence that the people of this country have in the President.

It will mar his reputation. He should understand that.

This is very easy to understand for those who have an understanding of the nature of the trade sector.  Let me give you one example of this.

"I was the President of the Sugar Importers' Association"

In the 1980s, a programme was devised to give a fair price to the local sugar producer. Sugar producers as well as sugar importers and the State Treasury worked together in this process.

At that time, I was the President of the Sugar Importers' Association. Ananda Kumarasiri, who was the Chairman of the Sugar Corporation and later also the Deputy Speaker, represented the sugar producers at that time.

Back then, an importer of sugar only made a profit of 5 or 10 cents per kilo. However, in a fraudulent transaction that led to a recent fraud, importers have been allowed to make a profit of more than Rs. 50 per kilo of sugar.

Therefore, we who know about this trade feel nothing but disgust and shame when we see such incidents.

Also, there is a lot of talk in the country today about the situation surrounding the granting of a loan amounting to Rs. 3 billion by using a bank branch of the Bank of Ceylon.

Such transactions can only take place under political influence. The manner in which this loan transaction took place is unbelievable.
Can this happen with a clean government?

Is this the law?

Therefore, it is ridiculous for one to talk about one country and one law today," Karu Jayasuirya said. 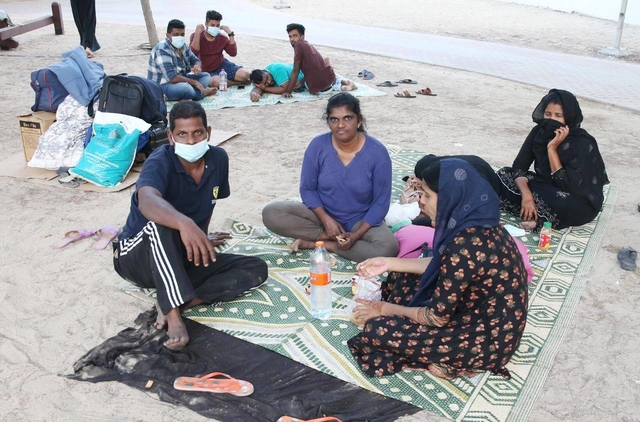 Commenting on Sri Lankan migrant workers stranded in many countries, he said that the number of repatriations have increased this week and commended the government for its efforts.

"Last week we pointed out the number of Sri Lankan migrant workers stranded in a number of countries, including the Middle East and the difficulties they are facing without any help or support.

We suggested that the funds created using their own money be used to repatriate these Sri Lankan workers. We pointed out that the fund holds around an estimated Rs. 14 billion. Following this, it was reported that the number of migrant workers being brought to Sri Lanka has increased by this week.

It is a good news for all involved and it would have been a more valuable humanitarian act if these Sri Lankan workers could have been provided with all repatriation facilities from the fund established through their own money without being unfairly charged to return to their homeland."