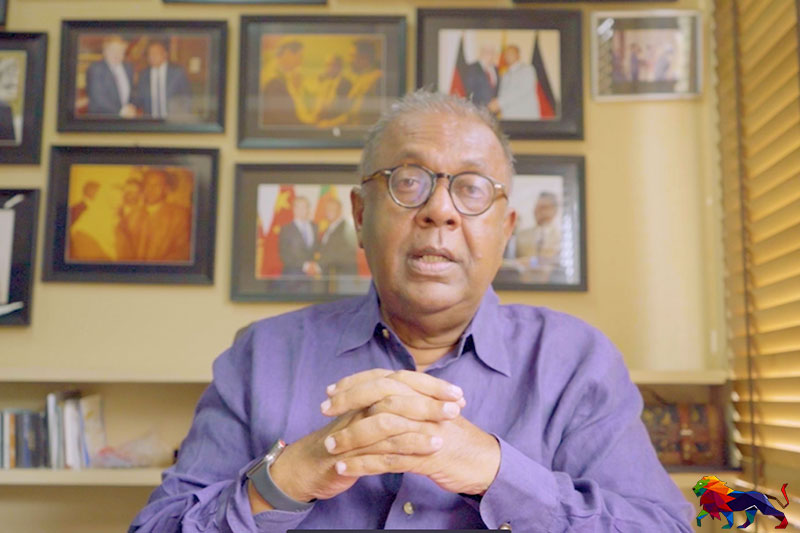 Former Finance Minister Mangala Samaraweera says that foreign investment is imperative for development initiatives of the country and that he commends the decision taken by the government to bring in foreign investors to develop the Eastern Container Terminal of the Colombo Port.

He pointed out that political leaders who have repeatedly said getting foreign investors involved in the development of the country was an act of treason are now in an unenviable position due to the lies they have propagated with the intention of deceiving the public.

He made these remarks by releasing a video statement on the #truepatriot social media platform on Sunday (17).

"Those lies and the ensuing deception have boomeranged and even though they are trying to do something constructive, they are being destroyed by the very lies they have disseminated. Even though I knew it before, and spoke about it, I'm not happy about it. It is essential to attract foreign investors to develop this country," the former Foreign Affairs and Finance Minister noted.

"There’s no need to recall the revolution that took place in the country due to the investment of the world’s largest communications technology company to transform Sri Lanka Telecom from a department into a company during my tenure as the Minister of Telecommunications.

SriLankan Airlines, which has been running at a loss since its inception, has only made profits during the few years they had partnered with foreign investors.

I am confident that this new investment will bring prosperity to the Sri Lanka Ports Authority which has become an economic hub of this country," Samaraweera said.