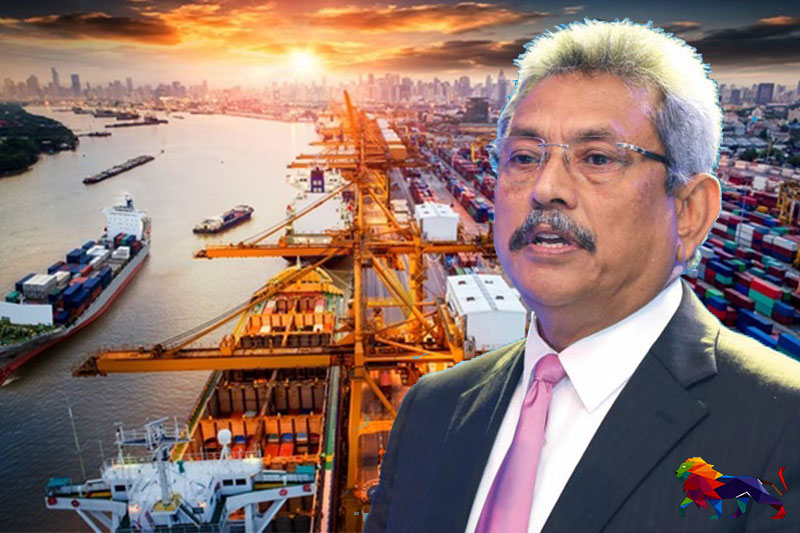 President Gotabaya Rajapaksa has stated that he had informed India to invest in the Eastern Container Terminal of the Colombo Port.

The President had revealed this during the discussions he held with the representatives of port trade unions on Wednesday (13).

The president stated that the previous administration had agreed to sell the ECT to India, adding that the agreement envisaged obtaining a loan from Japan after sale and purchasing construction equipment with the loan money.

As the loan did not materialise, he had submitted a proposal seeking Indian investment during his state visit to India.

The president has also requested the union leaders to heed to the geopolitical concerns of the region.
Trade unions gear up for final stand
However, union leaders seem to have rejected the president's request.

Port trade unions are scheduled to meet today to take a final decision regarding their final course of action against the government's decision to hand over 49% of the Eastern Container Terminal of the Colombo Port to India's Adani Group.

The representatives of trade unions have emphasised that if the government were to move ahead with its plan to award a stake in the ECT to an Indian company, they will work to defeat the proposal in the same manner as the SAITM proposal.
They pointed out that apart from the 23 trade unions affiliated to the port, other trade unions across all political parties have united to reject the foreign investment in the ECT.
Watch: The Leader TV feature on the ECT

No u-turn on fertiliser issue: 'Move forward despite the challenges' - President