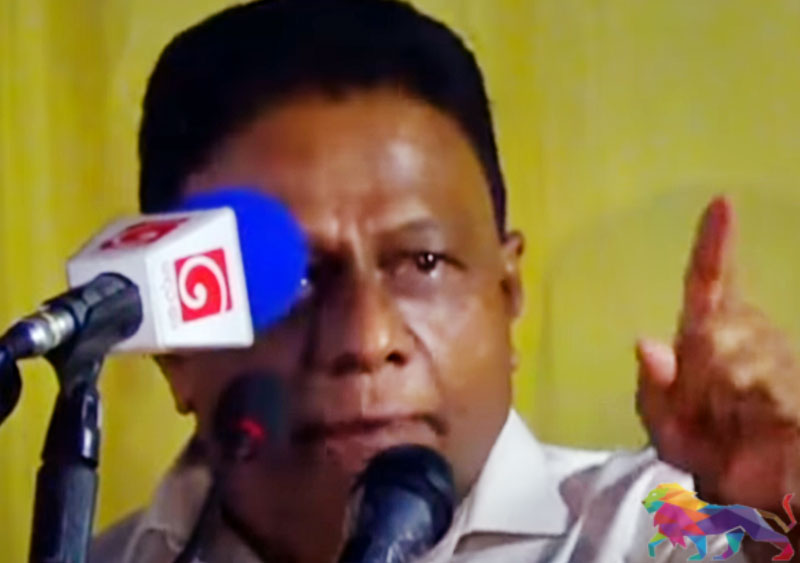 Power Minister Dullas Alahapperuma said that one should have enough discipline to tolerate the opinions of their opponents.

The Minister made this statement while declaring open a volleyball court equipped with floodlights in Matara on Saturday (09).

It was reported that a power outage had occurred during the exhibition match at the new court. However, the power had been restored in a few minutes.

“What do we see when we look at the proceedings of the Parliament? How much are they willing to tolerate one's opinion? How does the opposition address the ruling party MPs? Using the names of all the animals you find in the forest to berate them. Every animal is mentioned except a lion. You can't berate someone while calling them a lion. Regardless of the party, if you look at the individuals who make such comments, you will find one common factor amongst them. None of them have ever been a member of a sports team during their school life. Can't endure such criticism. Can't tolerate,” he said.
Harin's remarks that irked the President !

Minister Dullas Alahapperuma's comments about people lacking enough discipline to tolerate the criticisms of their opponents come in the wake of the controversial remarks made by President Gotabaya Rajapaka aimed at SJB MP Harin Fernando earlier in the day at an event in Ampara.

The vociferous Harin Fernando addressing the President by his first name, 'Nandasena', had led to the threatening remarks. The opposition MP had written to the IGP requesting protection following the president's remarks.

Further, government sources said that the President is worried with regard to a statement made by MP Harin Fernando where he had alluded to a person in Anuradhapura who is functioning as the president's chief advisor.