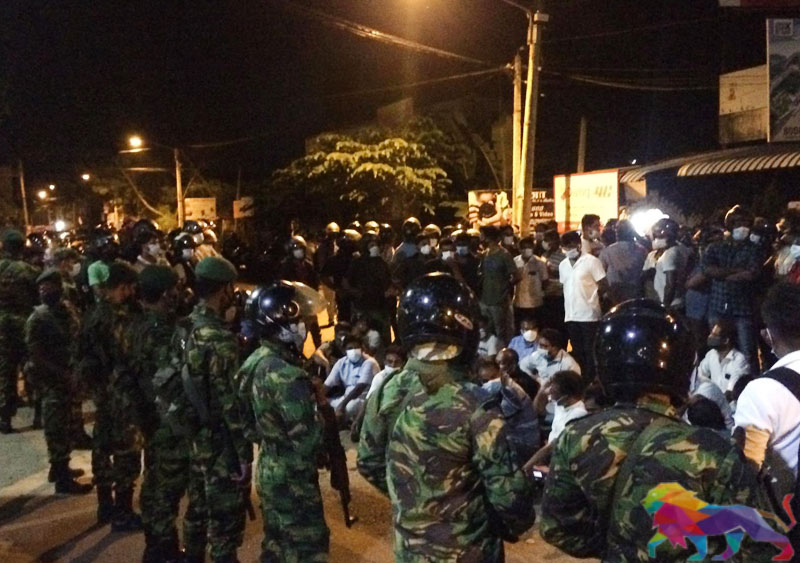 A tense situation broke out in front of Jaffna University last night (08) as government authorities demolished a student-built memorial meant to commemorate the lives lost
during the final phase of the civil war.

The Police Special Task Force (STF) had been deployed to the scene to bring the situation under control.

The sculpture built by university students was first erected in 2019, on the 10 year anniversary of the end of the civil war.

"Police entered into the premises of University of Jaffna this late evening with a backhoe bulldozing the war memorial built for those who were killed in the final phases of war. Police chased away the students who tried to stop them and destroyed the monument completely," Jaffna based journalist S. Rubatheesan said in a Tweet.