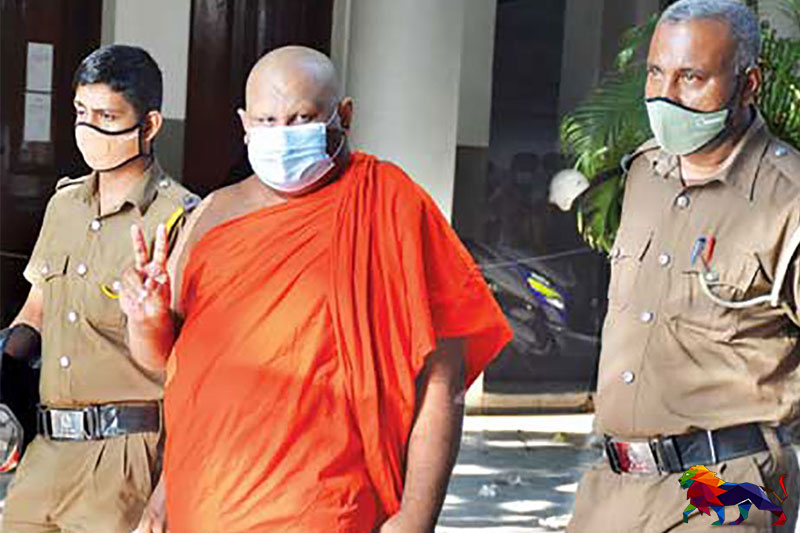 The Chief Incumbent of the Sri Bodhirajarama Temple in Maligawatta, Ven. Uvathenne Sumana Thero has received a presidential pardon.

The pardon is conditional upon Ven. Sumana Thero's withdrawal of an appeal submitted against the High Court's verdict.

Ven. Sumana Thero was a staunch supporter of former Army Commander, Field Marshal Sarath Fonseka during his presidential campaign as the opposition's common candidate in 2010.

Around the 2010 presidential election,  Ven. Suman Thero was charged with the possession of a T-56 firearm and was handed a rigorous life imprisonment sentence by Colombo High Court judge Adithya Patabandi on 01 June, 2020.

However, the charges leveled against the Thero for allegedly holding 50 hand grenades and 210 live ammunition were dropped and he was acquitted from both charges.

When the case was first filed, G. Balan, K. Thamil Chelvan and Sandeepan, who were alleged to be supporters of the Karuna faction, were also charged along with Ven. Uvathenne Sumana Thero and Ven. Mawalathenne Sumedha Thero.
The other three suspects were acquitted after the judge accepted the Attorney General's notice on June 24, 2018 that the case against the three suspects would not be continued.