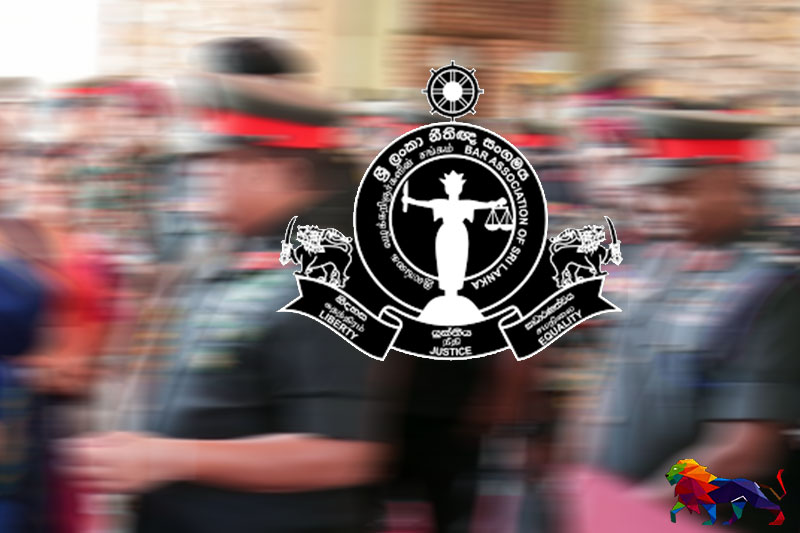 The Judge Advocate of the Sri Lanka Army and other officers in his office have been quarantined following an election meeting held on December 18 at the Army Headquarters
for the forthcoming Bar Association elections, after a worker in the office contracted COVID-19.
Legal Officers of the Sri Lanka Army were summoned for a mandatory meeting on December 18 at the Army Headquarters. Although there are health guidelines being applied for meetings across Colombo and the Western Province promoted by the Army Commander himself where non essential meetings are discouraged, the meeting was organised on the instructions of the Army Commander Lt. Gen. Shavendra Silva.

Officers outside Colombo were informed that there was an 'administrative inspection' and that their presence was required. Officers who were summoned were surprised that in fact, there was no administrative inspection but a campaign meeting for the Bar Association elections for the post of President for one candidate who had handled a personal case for the Commander.

The meeting was addressed by the particular President's Counsel and another former official of the Bar Association. The President's Counsel told those gathered that he had made arrangements to join the Sri Lanka Army but those arrangements could not be implemented since he had been compelled to contest the Bar elections. After the meeting, a cocktail was held sponsored by the Army.

Many officers expressed surprise at the way they were summoned and are being forced into supporting a particular candidate, which has never happened in the Army prior to this.