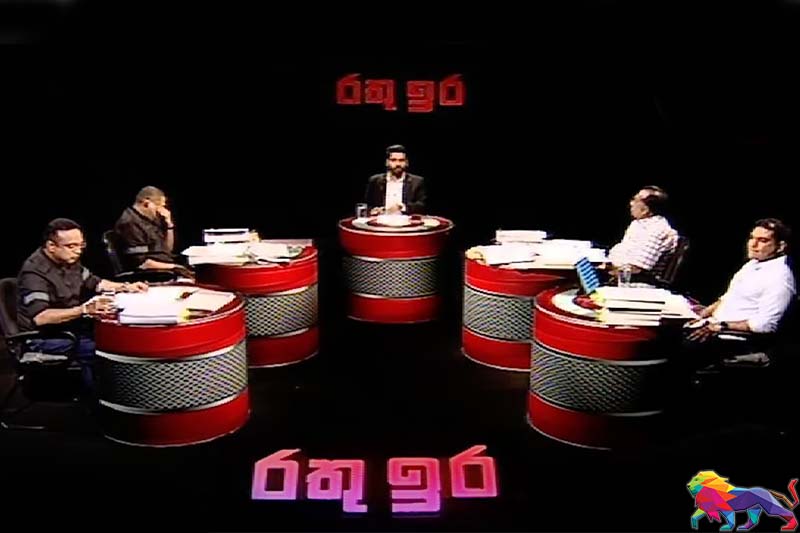 It is reported that the alleged secret meeting between the two lawmakers had taken place on the 20th floor of Hilton Colombo Residences (JAIC Hilton) at around 12.30 p.m. After arriving at the location, both Manusha and Mahindananda had used separate entry points to enter the building with the former using the elevator in the parking lot and the latter coming through the lobby.

After the live tv debate had concluded, many in the opposition raised doubts of what had transpired with some alleging that the televised debate could have been organised with the intention of discrediting certain issues raised by His Eminence Malcom Cardinal Ranjith and to divert the discourse surrounding the Easter Sunday attacks.

The head of Sri Lanka's Catholic Church recently revealed his intentions of not only approaching the United Nations but also countries with global influence to seek prosecution of the people responsible for the Easter Sunday attacks.

However, when 'Lanka Leader' reached out to SJB MP Manusha Nanayakkara for comment, he stressed that there is no truth to such rumours, calling it a complete fabrication of events.

"It's true that Harin and I have been at JAIC Hilton since Monday morning. Both SJB General Secretary Ranjith Madduma Bandara and Harsha de Silva came there and gave us advice. Are we crazy to meet Mahindananda?" Nanayakkara said.

When contacted, Minister Mahindananda Aluthgamage said that he couldn't even recall the last time he had visited JAIC Hilton.

A debate on the 2019 Easter attacks between the Government and the Opposition was organised by 'Swarnavahini' after MP Harin Fernando had accepted Agriculture Minister Mahindananda Aluthgamage’s challenge last month (22) to participate in a televised debate.

Minister Aluthgamage extended this invitation while Fernando was speaking in Parliament in January during the adjournment debate on the President’s Policy Statement.

Aluthgamage said that he would invite MP Harin Fernando to a debate on the Easter Sunday attacks as the SJB MP continues to speak about it. After Harin Fernando pointed out that he is not being invited for televised debates on neither 'Hiru' nor 'Derana', it was proposed that the debate take place on Swarnavahini.

After the debate, Harin Fernando released a video on social media and made the following observations.