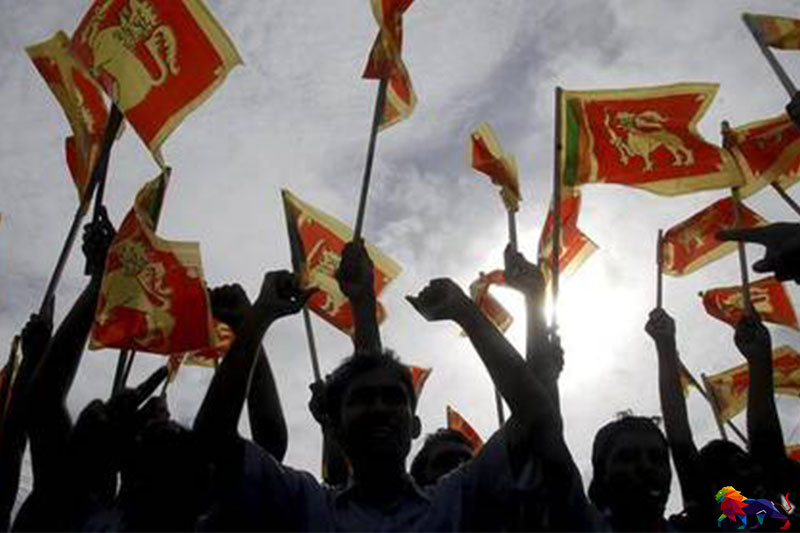 Sri Lanka is in a miserable state, after having had its journey to the abyss being completed; it has now fallen into the abyss and got stuck at the bottom of it. This can be

considered as an inevitable end of a gradual historical journey that commenced since independence. It is important to note that the society that we inherited with independence had not reached the appropriate level of maturity required for self-government. Unlike in India, We did not have mature political leaders. We, as a country, have been moving towards destruction, not progress, since independence. Of course, the absence of mature leaders would not have become an issue that matters much, provided we had an advanced society. But, unfortunately the society we live in, is essentially not one that is developed internally, though it appeared so outwardly.

The reality of ourselves

It can be said that there was not a single leader who could claim to be an exemplary leader among politicians who emerged since independence. The leaders who ruled the country before 1977 did not plunder the country's wealth though they cannot be considered to have played a pivotal role in steering the country forward. But almost all the Heads of State who assumed power subsequently can be considered as leaders who have emptied the state coffer, and become rich by abusing public property which were under their temporary custody.

The habit of letting things fossilize when a serious fault occurred without correcting them can be considered as the prime factor that has led to the inexcusable decline of Sri Lanka. Complete disregard of essential reforms that ought to have been made at different times constituted a typical characteristic of the State governance since independence. In this context, Sri Lanka can be considered as a stupid country which, time and again has stood aloof, tolerating this lethargic approach until it has led to a complete collapse of the entire institutional system of the State.

Consequent to independence, there were essential constitutional reforms needed to be introduced if the country was to move forward. A political system designed for the benefit of a colonial system cannot be used any longer for achieving the needs of an independent country without making appropriate reforms to suit the new conditions.

After independence, first of all, the nation should have been built by uniting different ethnic groups, the Sinhala, Tamil and Muslim & religious groups, Buddhist, Christian, Hindu and Muslim thereby promoting the integration among different ethnic groups and communities. Also, reforms should have been made to disregard the recognition of the caste system and abolition of feudal links in the land tenure system. Moreover, a situation should have been created in which not only Sinhala but Tamil is also made an official language while English is made the language of higher education.

The violent uprisings and struggles which began in the 70s and continued for nearly three decades were also important factors that led to distortion and degeneration of the entire socio-political system. Although the government was able to bulldoze and suppress the riots and uprisings much later, it has miserably failed to identify and address the legitimate grievances underlying the violence.
The number of people killed in riots in the Sinhala South and the Tamil North is more than one lakh. The number died of other forms of violence could be as much as four to five lakhs.The scale of cruelty unleashed by security forces as well as the rebels during these riots was enormous. They had caused a great distortion in societal psychology. Although the State was able to defeat the two rebellions, the victorious State too suffered serious damage. In view of all this, the structural reforms of the socio-political system had become an indispensable condition for a better forward march.

By the end of 2009 when the internal civil war was over, the socio-political system of Sri Lanka, had reached such a state of degeneration that the country was in a situation of being unable to move forward without comprehensive structural reforms. However, after the victory of the Civil War, the Mahinda Rajapaksa regime failed to realize the need for reforms and act accordingly. This situation not only pushed the country into a major crisis but also led to overthrowing the Rajapaksa regime as well. It was as a by-product of this crisis that the Yahapalana   government came to power.

But the surgery done on the subject of reconstruction by the Yahapalana   government was not a genuine operation, but a fake one carried out in haphazard and slipshod manner. It evaded the responsibility of resolving the national crisis based on religion and caste, which had become an intense issue. Consequently, the crisis had become a rotting issue.

Although introducing checks and balances on unlimited powers of the President has been made to appear as the main item of the reforms program of the Yahapalana Government, it did not make provisions to control the space available for the president to misuse public property in his charge. Nor did it interfere with the ugly system that has allowed parliamentarians to transact business with the government which is unlawful and contrary to the accepted democratic norms and traditions. All these can be considered as the main factors that have led to corrupt the political system of Sri Lanka. Apart from that, the country's judiciary was in a state of complete collapse. Regrettably, nothing was done to rectify the situation.

Paving the way for a counter-revolution

The public had opened up a vast space for revolutionary reforms. But the reforms program of the Yahapalana regime was not a genuine program intended to meet the needs of constitutional reforms of Sri Lanka. Knowingly or unknowingly, what they launched was not a genuine reforms program, but one that has led to deceiving not only the people of the country but also the world community. Both the political theorists and academic scholars have desperately failed to anticipate the serious limitations of it and the devastation that would befall in the future as a result thereof. This situation can best be understood to some extent by the intellectual poverty extant in Srilankan society.

The most serious  and adverse consequence of the deceptive reforms program orchestrated by the Yahapalana government has been  the creation of a fusty image of  the revolutionary space made  open to it , and ultimately turning it into a state of  rottenness. Further, it nullified the capacity to sustain the momentum generated and carry forward the transformation space it was offered, and eventually turning the whole process into a hilarious farce.

Pushing Sri Lanka into a dictatorial path can be seen as a distorted and ridiculous result of the stupid revolution of 2015. It is not the people who voted for the transformation in 2015, should be considered idiots or fools, but the leaders and theorists themselves who steered it following the People's Revolution. It was they who paved the way for a dictator of the caliber of Gotabaya to emerge.
Victor Ivan