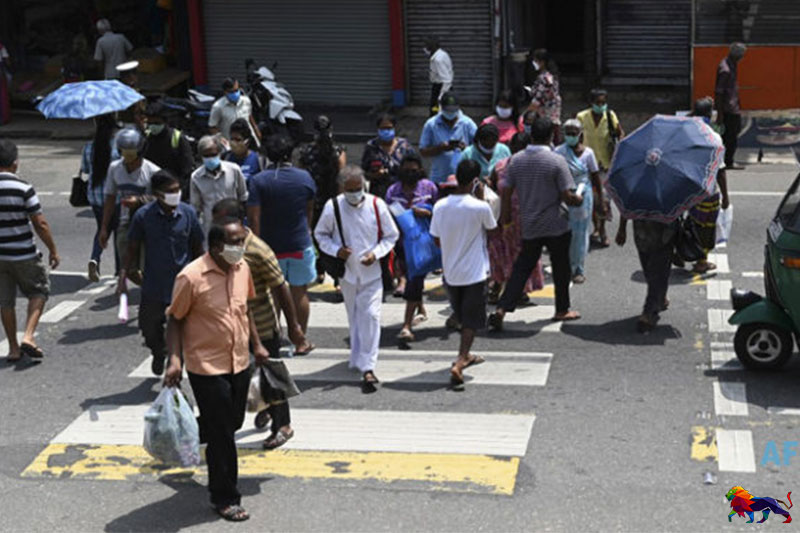 Sri Lankan health authorities announced on Friday that the total number COVID-19 infections had risen to 1,068 but that the official death toll remained at nine.
The government is using these relatively low numbers to claim that the coronavirus is “under control” and that the existing, but limited, national curfews can be lifted.

The low number of infections, however, is because of the small number of COVID-19 tests being conducted—an average of less than 600 per day between February 18 and May 20.

On May 11, President Gotabaya Rajapakse declared a “reopening of the economy.” About one third of employees from the state-owned and private sector returned to work in Colombo and Gampaha, the country’s main working-class centres.

Since then the government, with corporate media backing, has conducted a “living with corona” or “new normal” campaign, promoting the illusion that the pandemic danger is receding.

These false and reckless claims are being made as the coronavirus pandemic continues unabated around the world with over 5.2 million infections reported yesterday and the death toll climbing to almost 340,000. 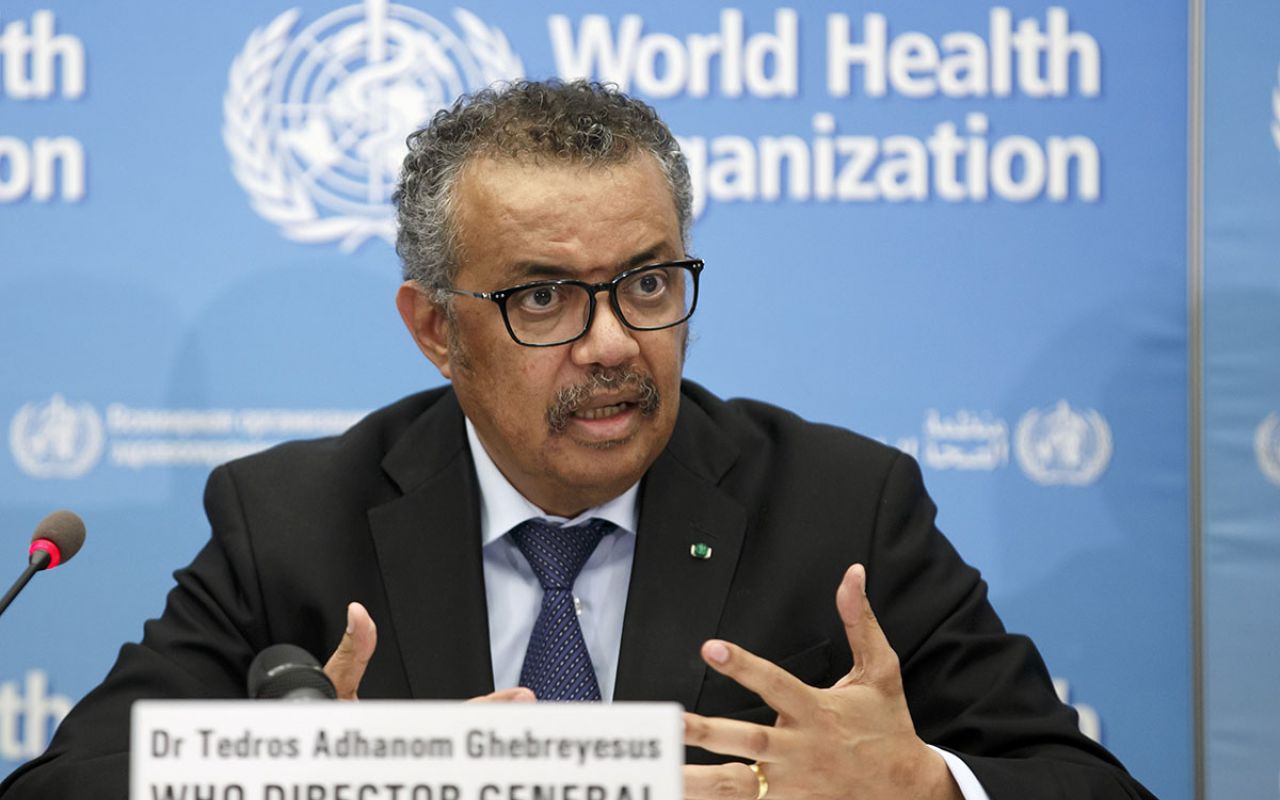 On Thursday, World Health Organisation (WHO) director general Tedros Adhanom Ghebreyesus declared: “We still have a long way to go in this pandemic. We are very concerned about rising cases in low and middle-income countries.”

His remarks came as 106,000 new cases were recorded the previous day—two-thirds from the US, Brazil, Russia and India. Yesterday, India reported 6,088 infected cases, the highest number recorded in one day in that country and the death toll rose to 3,583.

Notwithstanding the government’s “optimistic” rhetoric, the mass spread of COVID-19 is a dangerous threat to the Sri Lankan masses, the working class and poor, in particular.

Dr. Lakkumar Fernando, head of Sri Lanka’s Centre for Clinical Management of Dengue and Dengue Hemorrhagic Fever, told the Sunday Times that, even if many people had recovered, Sri Lanka could have “2,000–3,000 active cases” and that “low-grade” community spread of virus had begun.

A Kandy Hospital nurse told the WSWS that nurses in the outpatient department (OPD) could easily be infected. “All the patients suffering from fever, cough, and pneumonia first enter the hospital through the OPD. However, the nurses and other health workers working in this section have not been supplied with PPE [personnel protection equipment], including N95 masks.

“About one month after the lockdown began we were provided with locally made PPE. But you cannot use it because of the intolerable heat when wearing it and you cannot work with patients.

“In order to observe social distancing, the number of health workers in the wards has been reduced by 40 percent. So this means that only four people are working in a ward where previously there were ten. Health workers have a right to be guaranteed that they are not going to be infected but there is no way that we are being PCR tested.”

While the government insists that workers should return to their jobs it only gives lip-service to “social distancing” work practices.

One worker from the Brandix company, told the WSWS that “social distancing” was difficult because of existing work practices at its factories. The company employs a total 47,000 people at several Sri Lankan plants. Employees at the Ratmalana government railway workshop made the same point to the WSWS.

Government claims that the pandemic is being brought under control are exposed by the fact that one of Sri Lanka’s largest clusters is at a 5,000-strong navy camp at Welisara, seven kilometres from Colombo.

On Thursday, Army Commander Shavendra Silva told the media that 2,193 sailors had been sent to quarantine centres and that 341 of the 578 infected navy personnel were still being treated for the virus.

Whatever the reason, the media has reported that the sailors involved in tracing the virus cases had not been provided with protective gear. Army chief Silva also admitted that the lower-rank sailors were living in old military barracks where physical distancing could not be observed.

On May 20, Sri Lanka’s chief epidemiologist, Dr. Sudath Samaraweera, said that coronavirus control at the camp had failed and there would be a considerable number of patients.

Under the banner of “fighting COVID-19,” President Rajapakse has mobilised military intelligence and thousands of soldiers, mainly in the Colombo district, to supposedly ensure “social distancing” is being observed. The current army chief has also been appointed head of the National Operation Centre for Prevention of COVID-19.

Every day the president’s website posts the latest infection figures along with details about the government’s policies. Its latest report concludes: “The Sri Lankan model is an aggressive, strenuous and continuous process but comparison of data related to COVID-19 in the world suggests that Sri Lankan approach is a unique and a dynamic model.”

These claims are false. The government’s largely improvised health measures are doing little to combat the deadly and highly infectious disease. The authorities, for example, have pragmatically resorted to spraying disinfectant on people and various locations.

Last week, the WHO declared this practice was unscientific and unhealthy. It said: “This could be physically and psychologically harmful and would not reduce an infected person’s ability to spread the virus through droplets or contact.”

Instead of mass testing, Director General of Health Service Dr. Anil Jasinghe admitted last week: “It was never the strategy to test everyone.” His remarks were made in response to the large number of coronavirus infections at the Welisara navy camp. 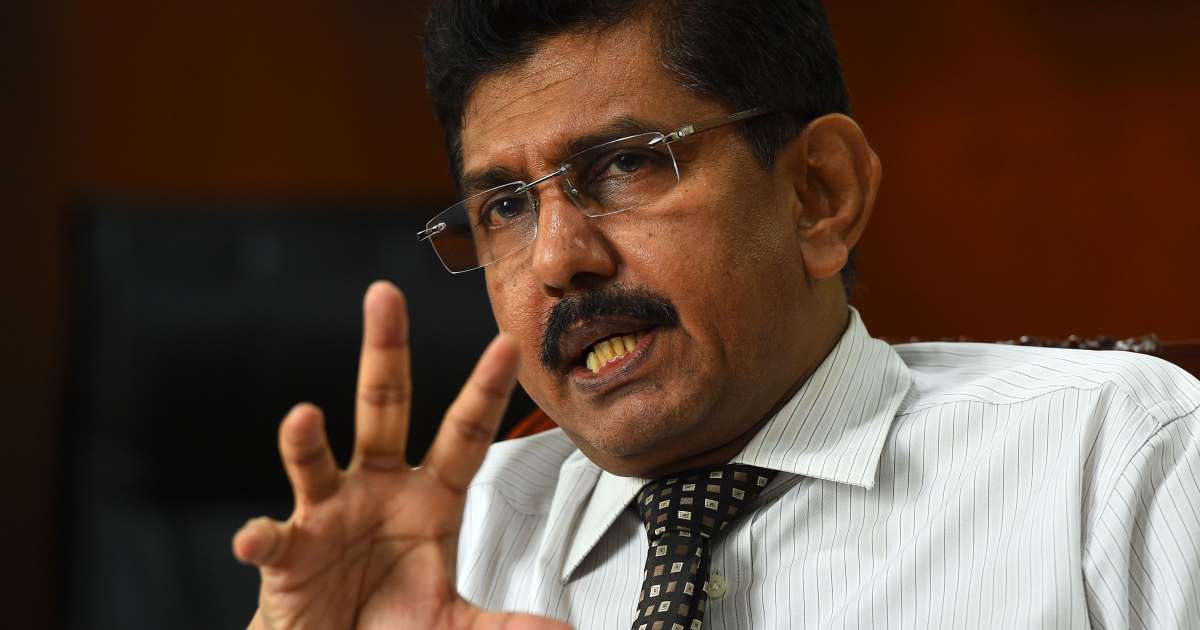 In line with years of public health cost-cutting, the current government regards full-scale testing—as recommended by international medical scientists—as too expensive. Epidemiologists have called for a minimum of 5,000 tests per day.

The “reopen the economy” push by the Rajapakse government and its big business backers, like their counterparts around the world, have intensified in line with the deepening global economic crisis accelerated by COVID-19.

The Colombo government faces massive foreign debt repayments and escalating falls in export earnings. W.D. Lakshman, governor of Sri Lanka’s Central Bank, has warned that the government faced a “formidable foreign debt service obligation” with payments of $US3,420 million due between May and December this year and $4,310 million in 2021.

The country’s foreign exchange earnings from garment exports will fall by 40 percent and remittances from foreign employment by 15 percent this year, he added, and that special arrangements on existing loans with India and China would be needed to make debt repayments.

On May 22, an editorial in the state-owned Daily News wrote: “Now with the virus threat brought to manageable proportions (though still hanging like the Sword of Damocles going by the opinion of health experts) [it is time], like the president noted… to redirect the focus on the economy and stabilise the fiscal situation.”

While big businesses has used the pandemic to slash jobs, wages and workers’ rights, the cash-strapped Colombo government is imposing more austerity measures on workers and the poor.

Yesterday, Prime Minister Mahinda Rajapakse, who is also the finance minister, announced a special commodity levy on about 30 items, which will sharply increase the price of essentials. These attacks will fuel the already deep-seated social opposition of workers and the poor against the government, the opposition parties and the capitalist class as a whole.