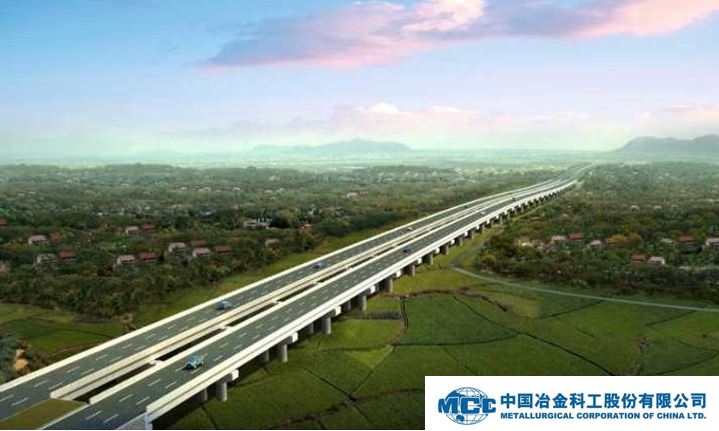 Sri Lanka is a beautiful island country, known as the "Gem of the Indian Ocean". This beautiful country had suffered from war. The civil war lasted for 26 years. In the early post-war period, the entire country was devastated and left to be rebuilt. There was an urgent need for Sri Lankan people to rebuild their homes and develop their economy.

The friendship between China and Sri Lanka has a long history. Zheng He, who was the great navigator and diplomatic officer in ancient China, made seven voyages to the West and arrived on the island in the early fifteenth century. The stele left behind by Zheng He's fleet is now in the Sri Lanka National Museum.

Sri Lanka is also a must pass hub through the ancient Maritime Silk Road. After the founding of the People's Republic of China, " the Ceylon-China Rubber-Rice Pact " opened a new chapter in the friendship between two countries.

As the pioneer and practitioner of "go global" strategy and play as a main force in the international construction field, Metallurgical Corporation of China Ltd.  began to explore the Sri Lankan market in 2008, starting with infrastructure and livelihood projects, actively contributing to Sri Lanka's post-war economy reconstruction.

It is worth mentioning that the Colombo-Katunayake Airport Expressway Project, which was commenced in 2009 and completed in 2013, adopts Chinese standards on the basis of engineering, procurement and construction, which is known as the "Road of Friendship between China and Sri Lanka". This highway won China Construction Engineering Luban Prize (National Prime-quality Project) for overseas projects in 2014, the Shanghai Civil Engineering Society Engineering Award in 2021, and the China Civil Engineering Zhan Tianyou Award in 2022.

On October 27th 2013, the opening ceremony of Colombo-Katunayake Airport Expressway Project was grandly held, and then President Mahinda Rajapaksa delivered a warm speech at the celebration of ten thousand people.

He reviewed the fervent expectations of the Sri Lankan people for this road for nearly 50 years, and spoke highly of MCC's best equipment and technology to complete the project with high standards. The MCC team had proven themselves with excellent manufacturing and quality. This project has become the pride and symbol of quality of MCC Sri Lanka. 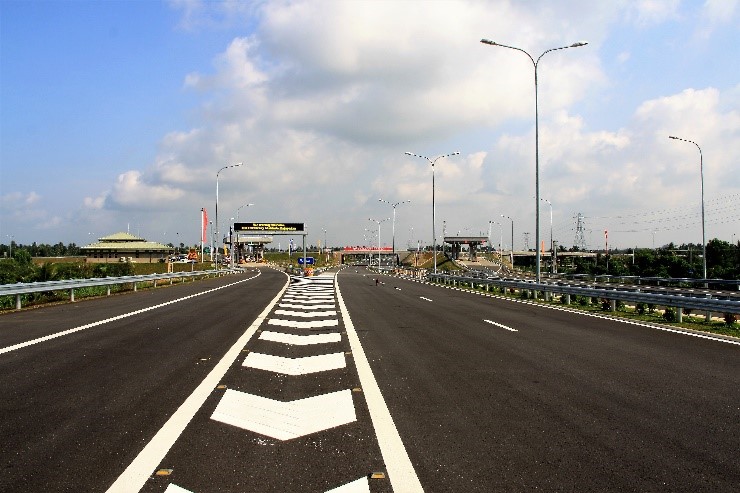 President of the People's Republic of China Xi Jinping visited Sri Lanka in 2014 and published an article in Daily News - “Let Us Become Partners in Pursuit of Our Dreams”, putting forward a bright vision for the common development of China and Sri Lanka. He also raised expectations for Chinese enterprises in Sri Lanka.

Based on this background, MCC has fulfilled its responsibility as a Chinese enterprise and has always worked with all sectors of Sri Lanka to overcome difficulties and develop together. On 21st April 2019, Sri Lanka Easter Bombings shocked the world, killing 253 people (including 6 Chinese citizens) and more than 500 were injured. MCC tried its best to participate in the assistance to Sri Lanka and donated 2 million rupees to the victims' families.

In 2020, when COVID-19 swept across the world, MCC purchased a large amount of medical equipment from China at the very first time and made an emergency donation to the Sri Lankan government with a total value of about 15 million rupees.

Prime Minister Mahinda Rajapaksa attended the donation ceremony and posted MCC’s donation on his Twitter and Facebook. In July 2021, MCC once again donated medical equipment to the Sri Lankan army, police and temples to help Sri Lanka overcome the epidemic. In addition, MCC has cumulatively created over 7,000 jobs for local people since 2008. 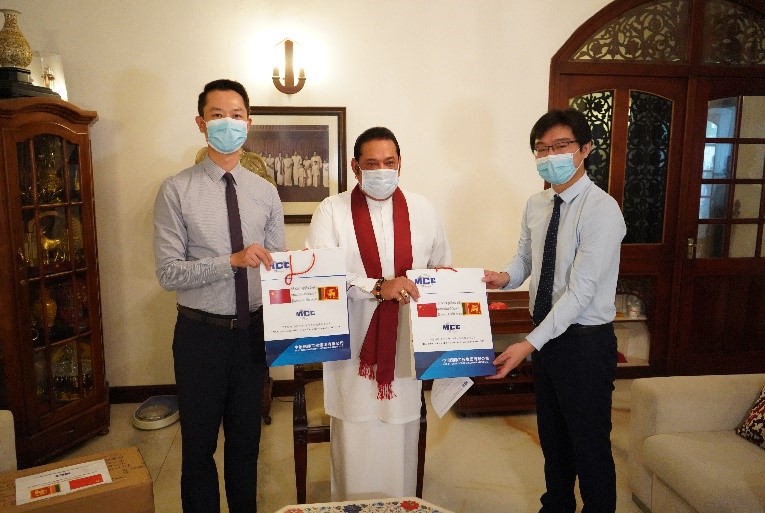 Following the Colombo-Katunayake Airport Expressway project, MCC Sri Lanka made persistent efforts to sign the Outer Circular Highway Northern Section II (OCH NS-II) Project in 2013. The project started in January 2016. The project was handed over and opened to traffic in October 2019, 1 month in advance of the request.

The success of this project is inseparable from the dedication of the MCC team. Some staff have been working in this land of Sri Lanka for more than ten years. They gave full play to the unremitting spirit of MCC, and once again proved their capability with quality and speed.

In 2015, MCC stood out among many bidders and signed the contract for Central Expressway Project Section I with the Road Development Authority, with a total length of 36.59 kilometers.

The project is part of the central expressway network planned by the Sri Lankan government. After completion, it will connect Colombo and the central holy city Kandy, and realize the interconnection with the Colombo-Katunayake Airport Expressway, Outer Circular Highway and the Southern Expressway, to make a smooth connection of the local express network.

The project was financed by the Export-Import Bank of China and is a key networking project in Sri Lanka. After hard preparations, the project officially started construction on September 15th, 2020. Affected by the epidemic and the economic crisis in Sri Lanka, the implementation of the project has run into difficulties.

By optimizing the construction organization arrangement and adjusting the production process, MCC minimized the impact of various unfavorable factors and ensured the normal construction of the project as much as possible.

MCC will fulfill its mission and take the well-being of the Sri Lankan people as its own responsibility, and build Central Expressway Project Section I with higher requirements and efficiency, and make MCC an excellent brand of highway construction in South Asia.