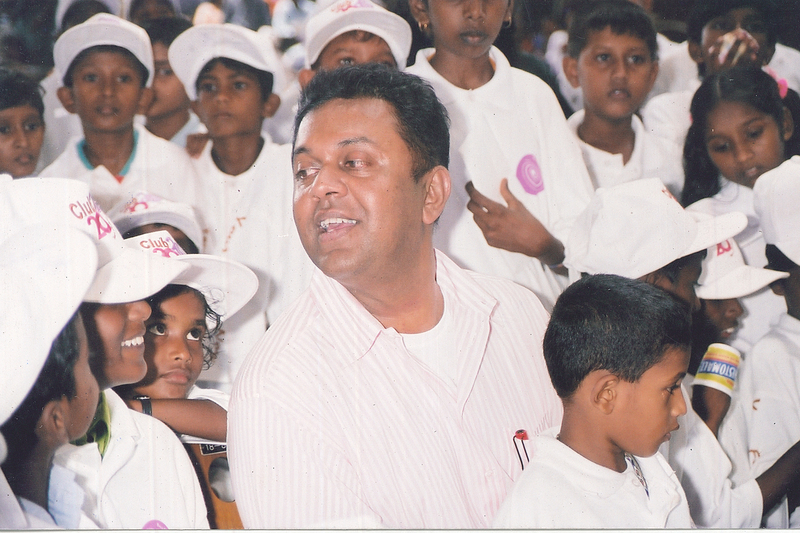 I am deeply saddened to hear the news of the passing of Mangala Samaraweera, a former Minister and a leading politician in Sri Lanka.

Mangala Samaraweera, who entered politics from his hometown of Matara in Southern Sri Lanka, can be considered as a true son of Mother Lanka who transcended all political boundaries and wished only for the good of mankind.

He always only believed in democratic political philosophy. Whatever victory could be achieved, he never confined himself or believed in the use of narrow strategies.

He played various roles in this country as a Minister who displayed the dignity of Sri Lankan citizens in the international arena, he strived to steer the country's economy in the right direction and modernized the country's urban development.

He also advocated for a free media culture free from government involvement.

All this he did for the good of the country.

Although his views sometimes did not coincide with ours, Mangala Samaraweera, who respected differences of opinions, stood with all political forces for the betterment of the country in good faith.

It is a quality that should be appreciated.

He has always upheld the values ​​of humanity. He has always rejected authoritarianism and dictatorialism, making many sacrifices in his life as a result. Such politicians are a rarity in this country today. That is why his departure is increasingly felt as a great loss to this country.

We will always appreciate and express our gratitude for the contributions made by Hon. Mangala Samaraweera on behalf of this country.

He leaves behind a legacy of fearless politics, commitment to human rights, and above all, an example of human freedom.

The vacuum his departure creates will not be easily filled.

We extend the deepest condolences of the National Movement for Social Justice to all members of Mangala Samaraweera's family, including his sister.

May he attain the supreme bliss of Nibbana!